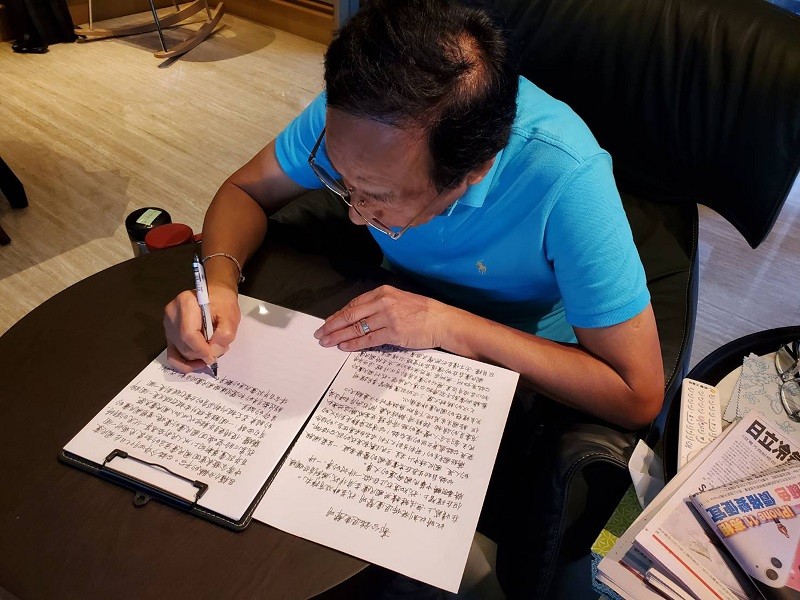 TAIPEI (Taiwan News) – After Foxconn founder Terry Gou dropped out of Taiwan’s 2020 presidential race, the Wall Street Journal reported the focus of the race will shift from trade and investment issues to sovereignty, according to a Liberty Times report on Wednesday (Sept. 18).

The U.S. news outlet predicted that Gou’s withdrawal from the race will have an impact on the candidates’ campaign strategies. Also, more emphasis will be put on social issues and the thorny issue of Taiwan independence.

The Wall Street Journal report added that Taiwan’s geographical importance has been clear since the end of the civil war between the Chinese Communist Party (CCP) and the KMT. U.S. general Douglas MacArthur even referred to Taiwan as “an unsinkable aircraft carrier.”

As the U.S. and China have competed against each other against the backdrop of Asia in recent years, both Washington and Beijing have increasingly switched attention to Taiwan, according to the U.S. news outlet.

In an interview with the Wall Street Journal, Yen Chen-shen (嚴震生), a research fellow at National Chengchi University’s Institute of International Relations, said he thought Gou’s exit from KMT was handled badly because people saw him as a sore loser, which adversely affected his campaign, the journal reported.

However, Yen thinks that even though Gou has bowed out of the race, he can still assume political roles, such as working for the Straits Exchange Foundation, to help handle affairs across the Taiwan Strait.