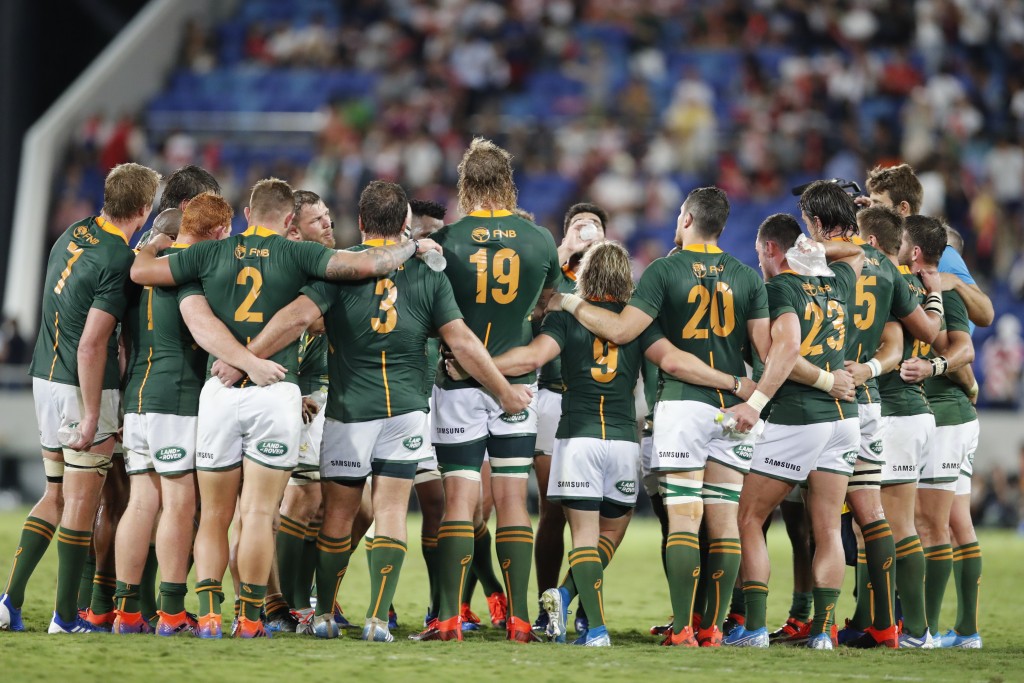 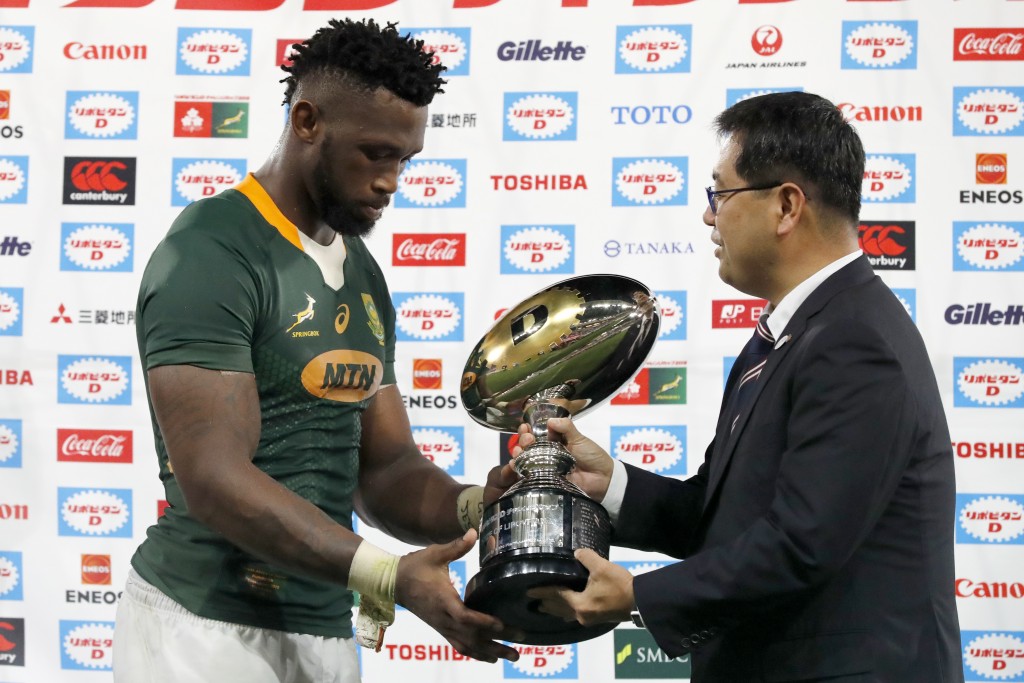 TOKYO (AP) — For the first time in four years South Africa will take an unchanged squad into back-to-back tests when Siya Kolisi leads the Springboks out for their Rugby World Cup opener against defending champion New Zealand.

Springboks coach Rassie Erasmus on Wednesday announced an unchanged starting lineup and reserves from the 41-7 warmup win over Japan to take on the All Blacks in Yokohama on Saturday.

Kolisi returned from injury for the game against Japan and is set to add strength to the squad that held New Zealand to a 16-16 draw en route to the Rugby Championship title last month — the 22 other players have been involved in four test matches together this season.

"We've found some consistency and some momentum in a number of ways this season," Erasmus said, "and one of them is in selection.

"This is a lineup that has worked well as a starting combination and one with real momentum to come from the bench."

South Africa officials said the last time the Springbboks named an unchanged 23 was 51 matches ago — against New Zealand in the 2015 Rugby World Cup semifinals. The same combination had beaten Wales 23-19 in the quarterfinals.

No. 8 Duane Vermeulen will be appearing in his 50th test.

South Africa and New Zealand have met four times at the Rugby World Cup, with two wins apiecce. The South Africans won the 1995 World Cup final on home soil and beat the All Blacks for third place in '99. New Zealand has won the last two.