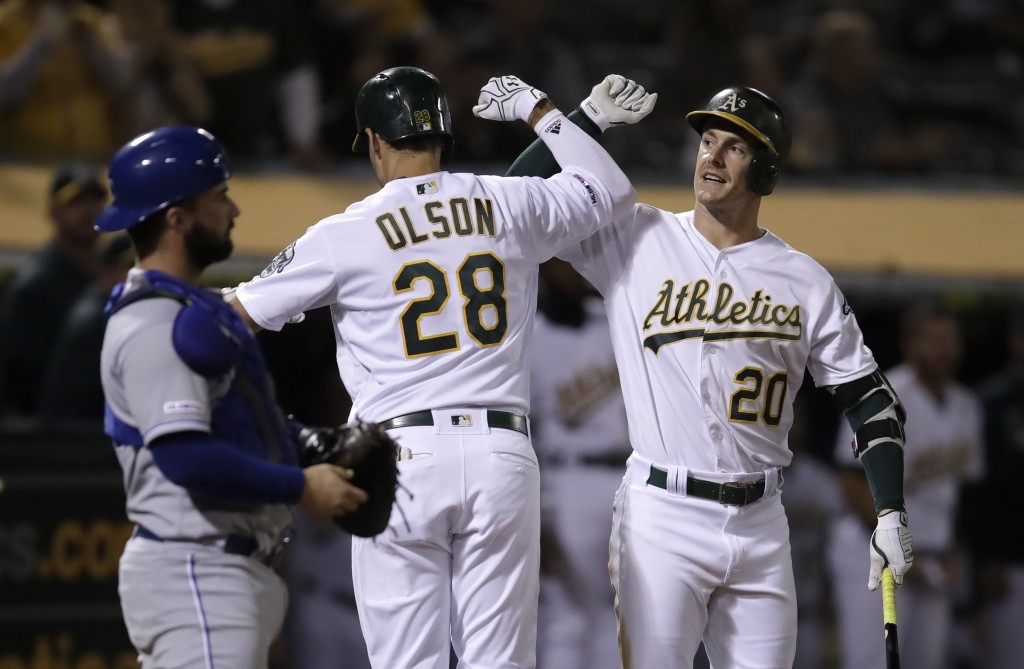 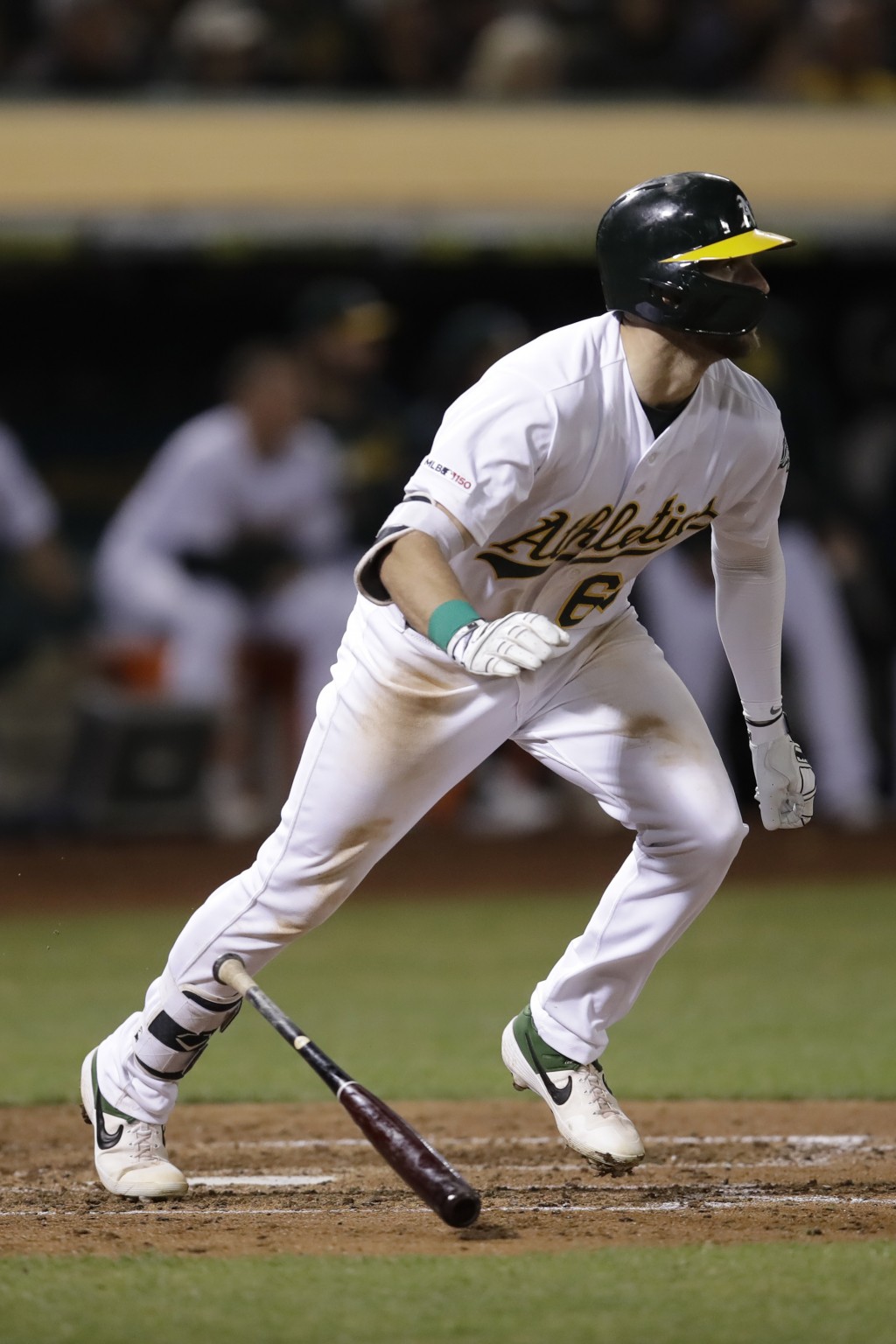 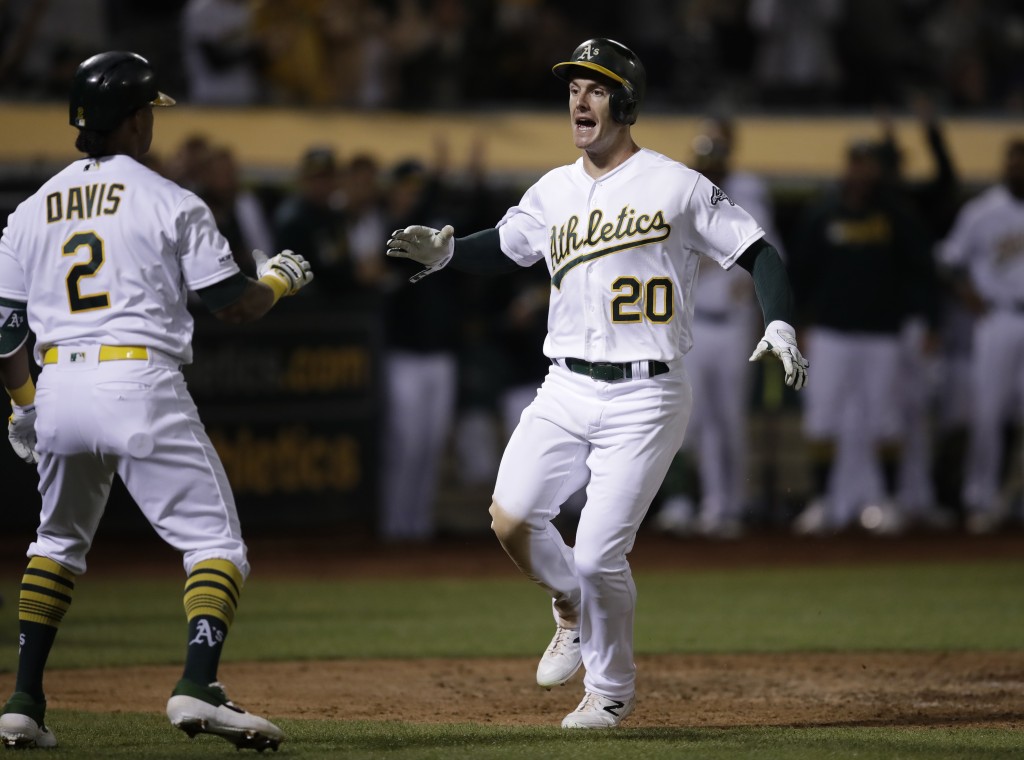 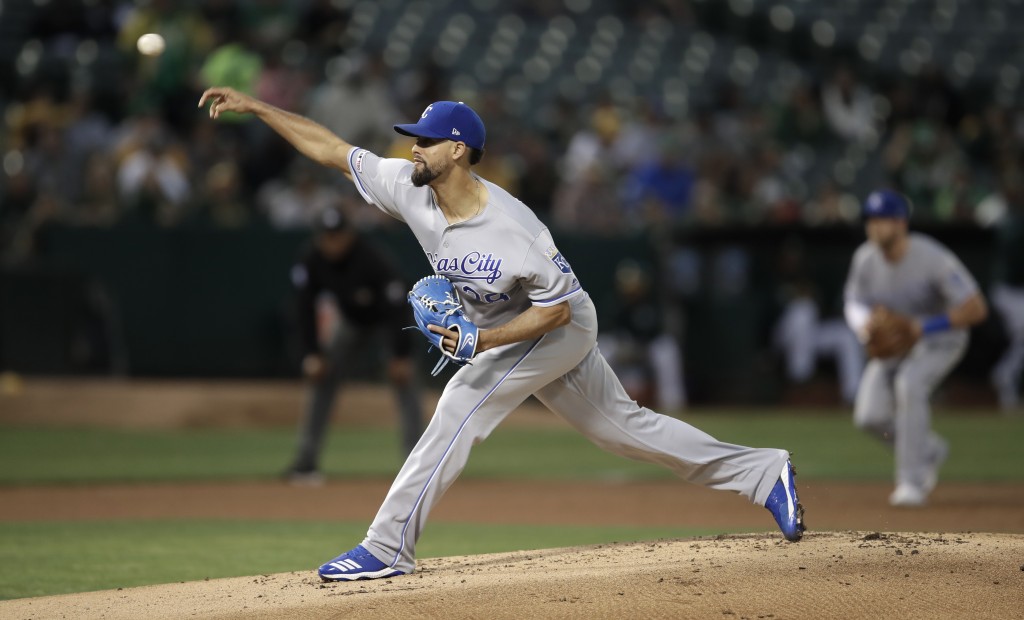 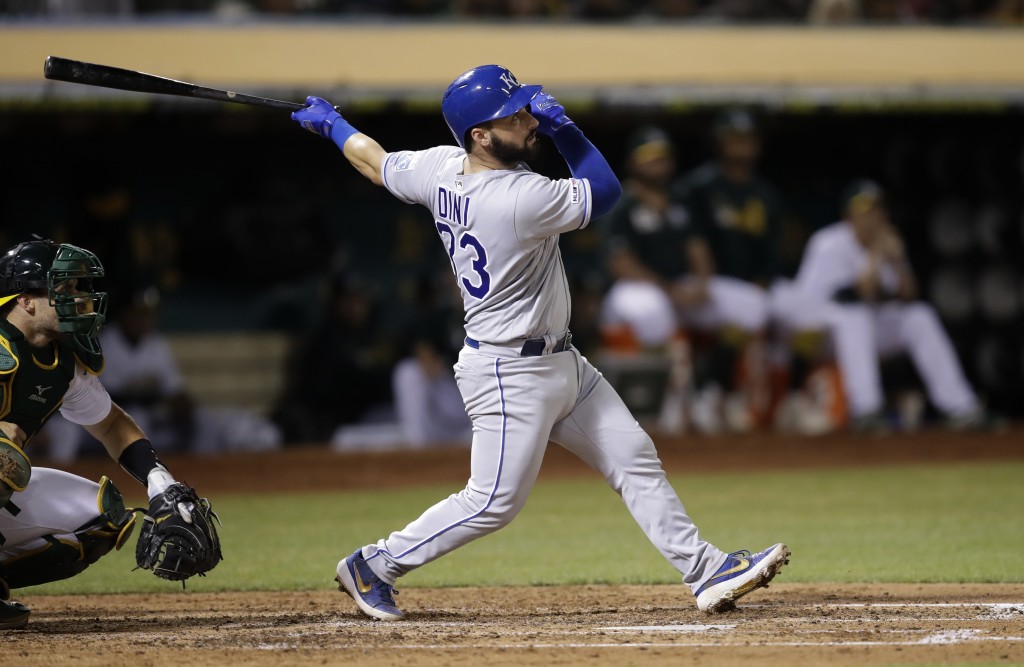 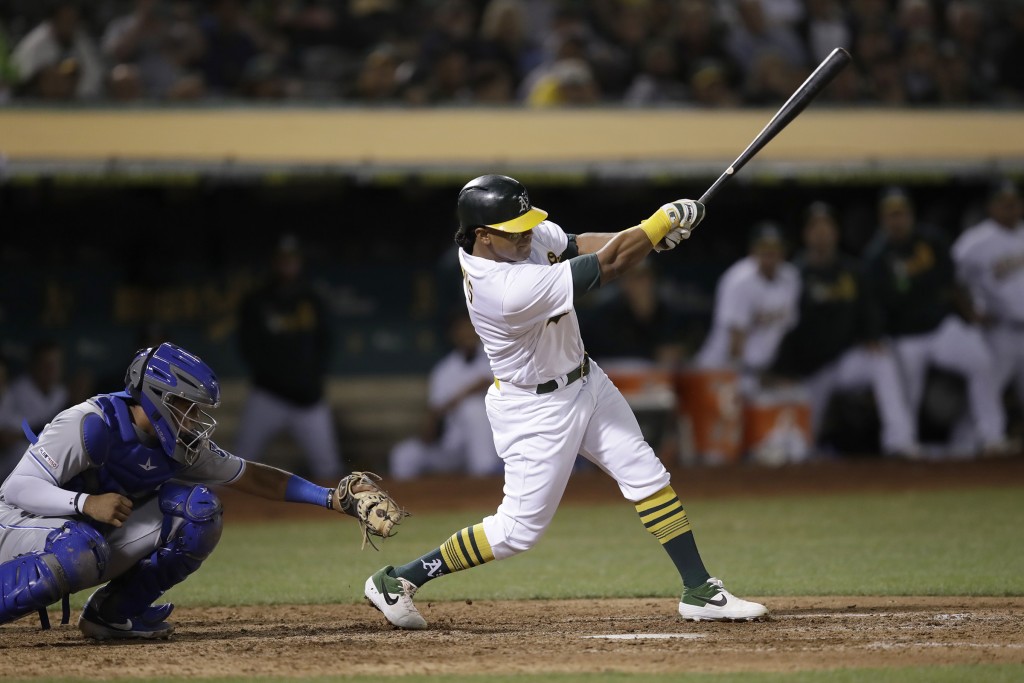 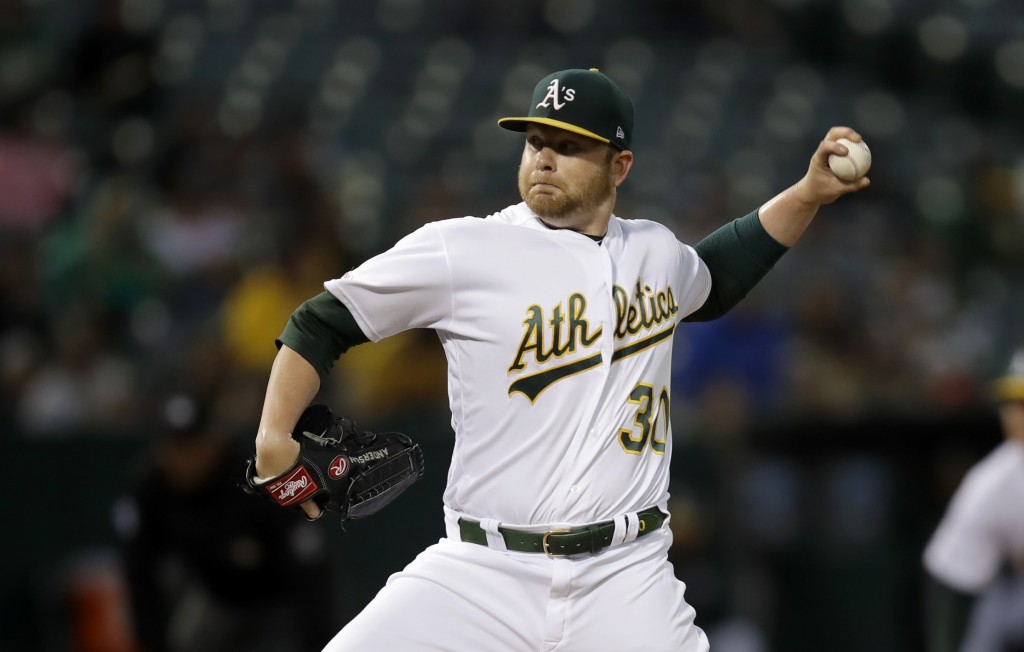 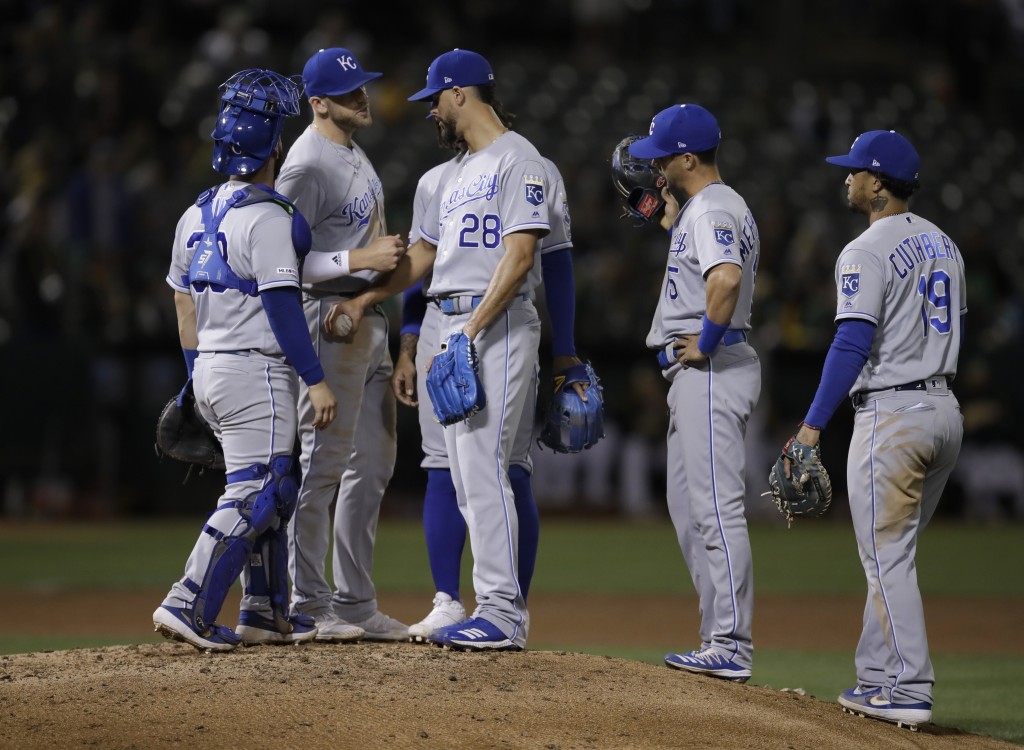 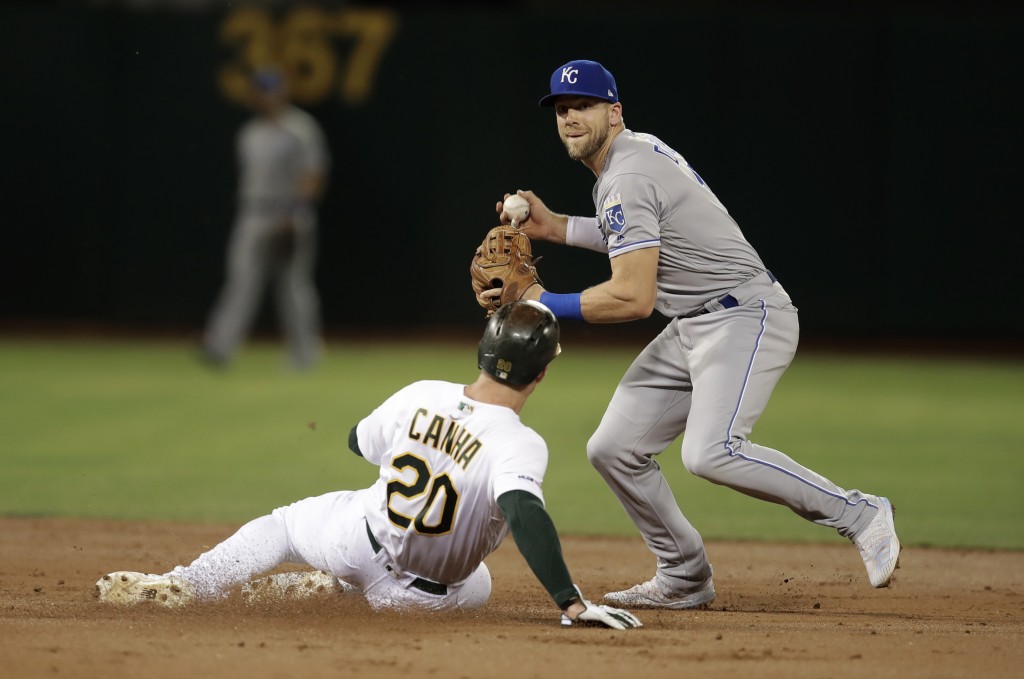 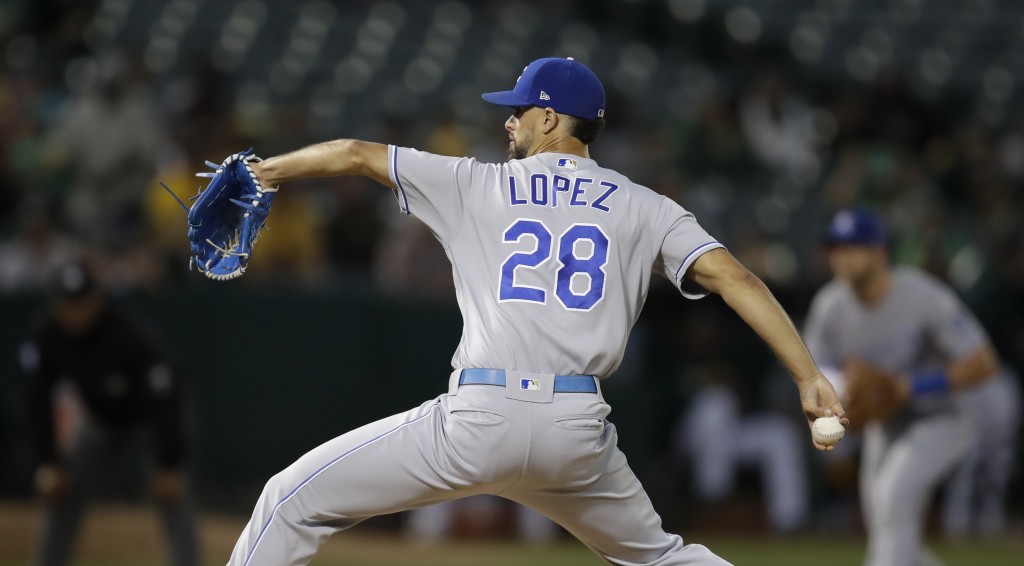 Olson's drive to deep center reached the Coliseum's elevated bleachers in the level above the luxury suites. Jorge Lopez (4-8) then hit Mark Canha with a pitch before Brown doubled.

A.J. Puk (2-0) followed Brett Anderson and struck out two over two shutout innings for his second major league win. Liam Hendriks struck out two in a 1-2-3 ninth for his 23rd save in 29 opportunities.

The A's, who hold the top AL wild-card spot, bounced back after their six-game winning streak was snapped by Monday's 6-5 loss to the Royals in the series opener.

Kansas City's Nick Dini hit a sacrifice fly in the fifth for the game's first run.

Anderson allowed five hits over five innings. The left-hander has received three or fewer runs of support in 16 of his last 22 starts.

Lopez — who has only won on the road this season — missed a chance at winning three straight starts for the first time in his career. Demoted to the bullpen for an extensive stretch midseason, he has been steady of late.

The right-hander allowed two runs and four hits in six innings in his first career start against the A's and second appearance.

Ryan McBroom doubled leading off the fifth and advanced on a single by Cheslor Cuthbert before Dini's sac fly for Kansas City, which took pregame infield practice — a rare sight for September.

The A's improved to 12-4 in September, second in baseball only to Milwaukee's 13-3. The Brewers beat San Diego at home.

Athletics: RHP Mike Fiers underwent an MRI exam for nerve irritation in his hand, and then threw a bullpen session. He is scheduled to make his next start, likely one of this weekend's games against Texas. Fiers left his start Saturday in the second inning because of numbness. ... Manager Bob Melvin was a late arrival after receiving another round of injections in his troublesome neck. ... OF Ramon Laureano had a night off from starting after playing four of the previous five games, though he came in late. Laureano was activated from the injured list Sept. 6 after missing 32 games with a stress reaction in his lower right leg and Melvin is being careful to not overextend him.