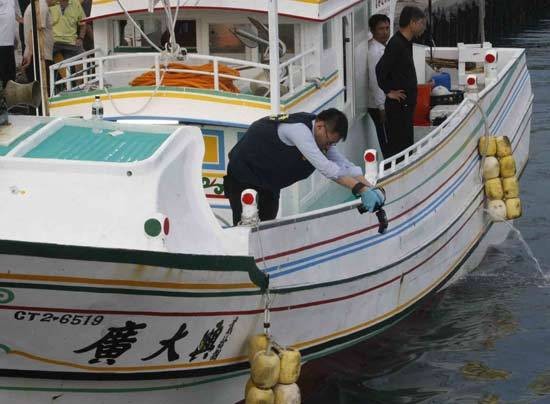 TAIPEI (Taiwan News) -- A Manila court has convicted and sentenced eight Philippine Coast Guard personnel for gunning down a Taiwanese fisherman in 2013.

Manila Regional Trial Court Branch 15 today (Sept. 18) convicted eight members of the Philippine Coast Guard (PCG) of homicide for the fatal shooting of 65-year-old Hung Shih-cheng (洪石成). The eight men were handed prison sentences ranging from eight months and one day up to 14 years, eight months, and one day, reported The Philippine Star.

In addition, the court also ordered the defendants to pay the victim's heirs P50,000 (US$950) in civil indemnity and P50,000 in moral damages, according to the report. After the verdict was handed down, the defendants' lawyer Santiago C. Quial said that an appeal would be filed today, reported CNA.

According to The Philippine Star, the following eight PCG personnel were found guilty:

On May 9, 2013, a PCG patrol boat opened fire on the Taiwanese fishing vessel Kuang Ta Hsing No. 28 (廣大興28號) in an area where the economic zones of the two countries overlap approximately 180 nautical miles southeast of Taiwan's Cape Eluanbi. Hung died of multiple gunshot wounds, and a total of 51 bullet holes were found in the fishing boat.

The incident caused a diplomatic spat between Taiwan and the Philippines. In retaliation, Taiwan imposed sanctions, which were not lifted until a Philippine government official traveled to the country to apologize and the Philippines National Bureau of Investigation filed charges against the eight PCG personnel. 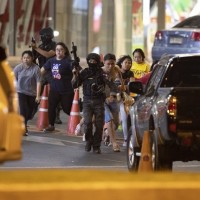