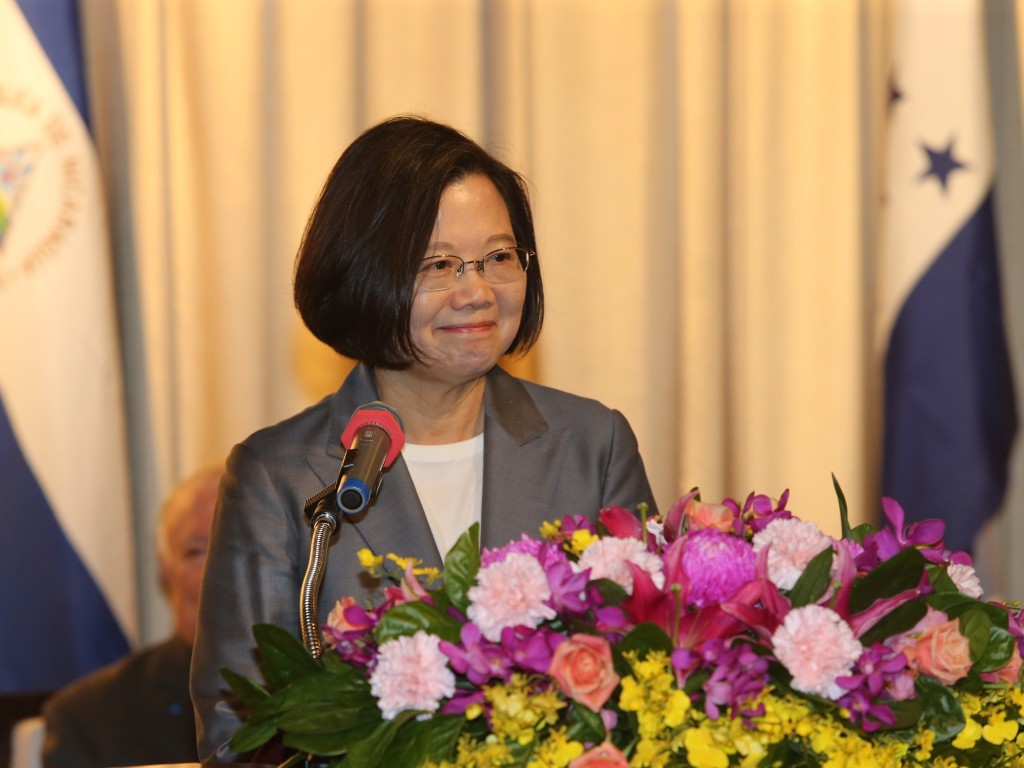 TAIPEI (Taiwan News) — Chastising China for poaching Taiwan’s allies with what she described as “threats” and “enticements,” President Tsai Ing-wen (蔡英文) has pledged to stand in defiance of growing pressure from Beijing.

Tsai attended a reception in Tapei for the 198th anniversary of the independence of Central America on Tuesday (Sept. 17), celebrating the development of Nicaragua, Guatemala, and Honduras and Taiwan’s diplomatic ties with them.

“In the face of China’s suppression, Taiwan’s sincerity towards our friends remains unchanged, as does our position regarding maintaining the peaceful and prosperous status quo in the Asia-Pacific region,” Tsai said, referring to the severance of the 36-year diplomatic relations between Taiwan and the Solomon Islands on Monday (Sept. 16). “Taiwan’s steadfast diplomacy focuses on long-term mutual assistance for mutual benefits,” said Tsai, adding that “we are sincere and do not make flashy, hollow promises.”

The president slammed the Chinese government for trying to isolate Taiwan and impose the “one country, two systems” formula on the island nation while emphasizing Taiwan would not bow to pressure. “The determination of the Taiwanese people to participate in the international community will not change either,” she said.

“Support from our allies empowers us to further fulfill this mission,” said Tsai. “I hope that our diplomatic allies will continue to speak up for Taiwan so that together, we can make the world a better place and touch even more people,” she added.

The Nicaraguan ambassador to Taiwan, William Tapia, remarked that “Taiwan is not alone. We stand together with you,” showing solidarity with the island nation.

The ambassador stressed his friendship with Taiwan and support for its participation in global affairs. The Central American allies share common values with Taiwan and uphold democracy, he added.

Taiwan’s Foreign Minister Joseph Wu (吳釗燮) announced on Monday that the country would terminate its formal relations with the Solomon Islands effective immediately, recalling its ambassadors, diplomats, technical missions, as well as medical teams stationed in the Pacific archipelago. The announcement came hours after the Solomons’ cabinet meeting concluded unanimously that the country would switch recognition to China.

The Taiwanese government has accused Beijing of luring Taiwan’s erstwhile Pacific ally with promises of financial assistance and loans, despite denial from the Chinese authorities. Hua Chunying (華春瑩), a spokesperson for China’s Foreign Ministry, has refrained from confirming when the country would officially establish ties with the Solomon Islands.