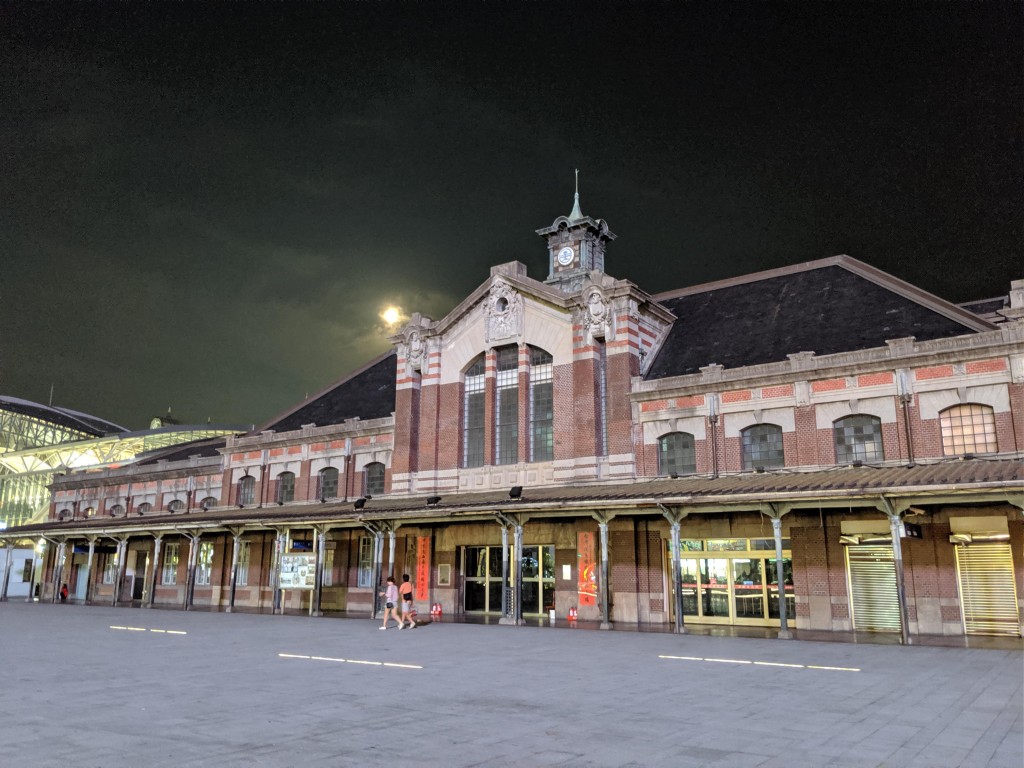 TAIPEI (Taiwan News) -- An American blogger captured this photograph of a full moon above the old Taichung railway tation over the Mid-Autumn Festival holiday.

Daniel Arreola, 34, who runs the food blog Taiwan Eater and has been staying in Taiwan since November, said he captured the photo on Friday (Sept. 13). Arreola posted the photo on Sunday on the social media site Reddit, where it has since gained 247 upvotes.

Originally a wooden building constructed in 1905, the station was rebuilt as a Renaissance-style red-brick structure in 1917. The station operated for 99 years until 2016, when it was replaced with the much larger Taichung Railway Station.

Fortunately, the original structure has been preserved and will be part of a cultural park being created at the site to celebrate the central Taiwan city's railway culture, featuring a new railway hotel and exhibition of two historical steam locomotives. As part of the "Taichung Grand Station" (台中大車站) initiative, the park will involve the renovation of the old station, the No. 20 warehouse, the Taiwan Railways Administration staff dormitory, and other buildings in the area.