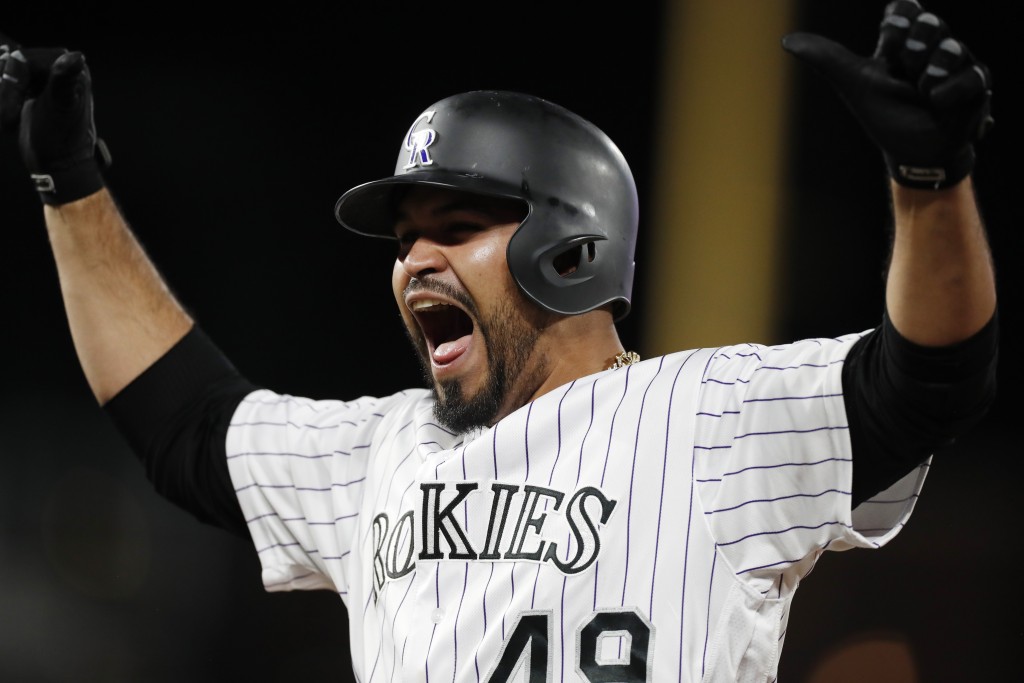 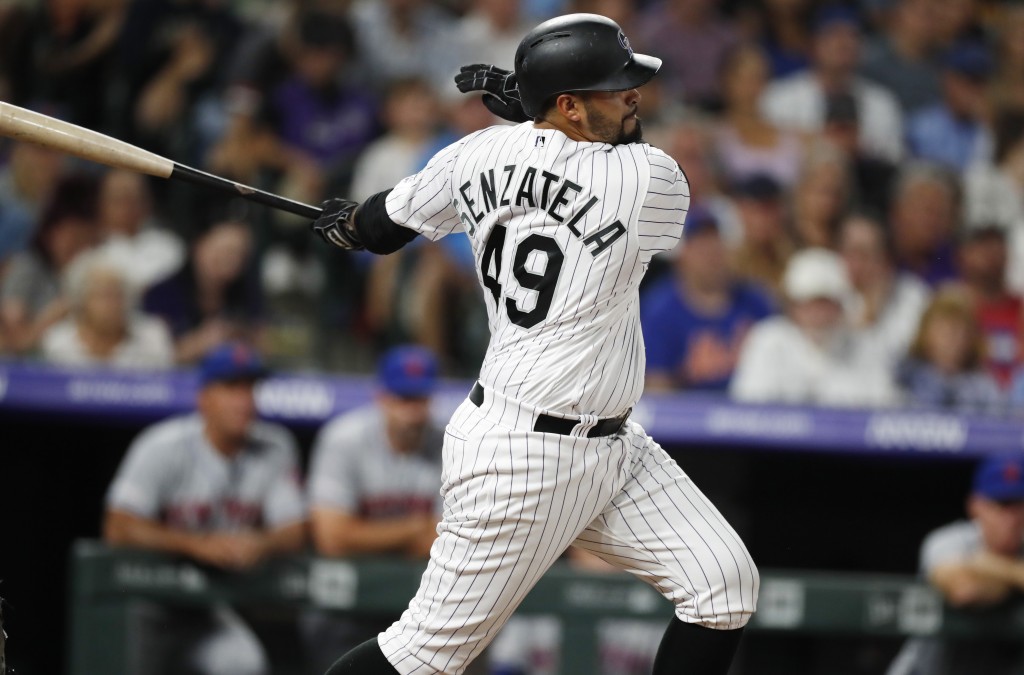 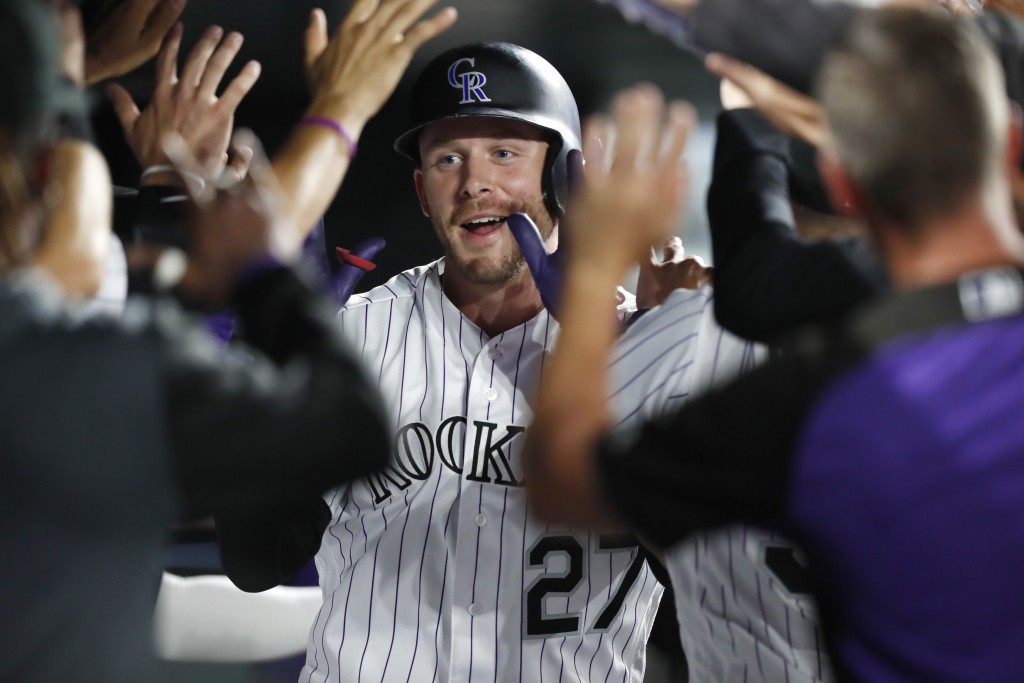 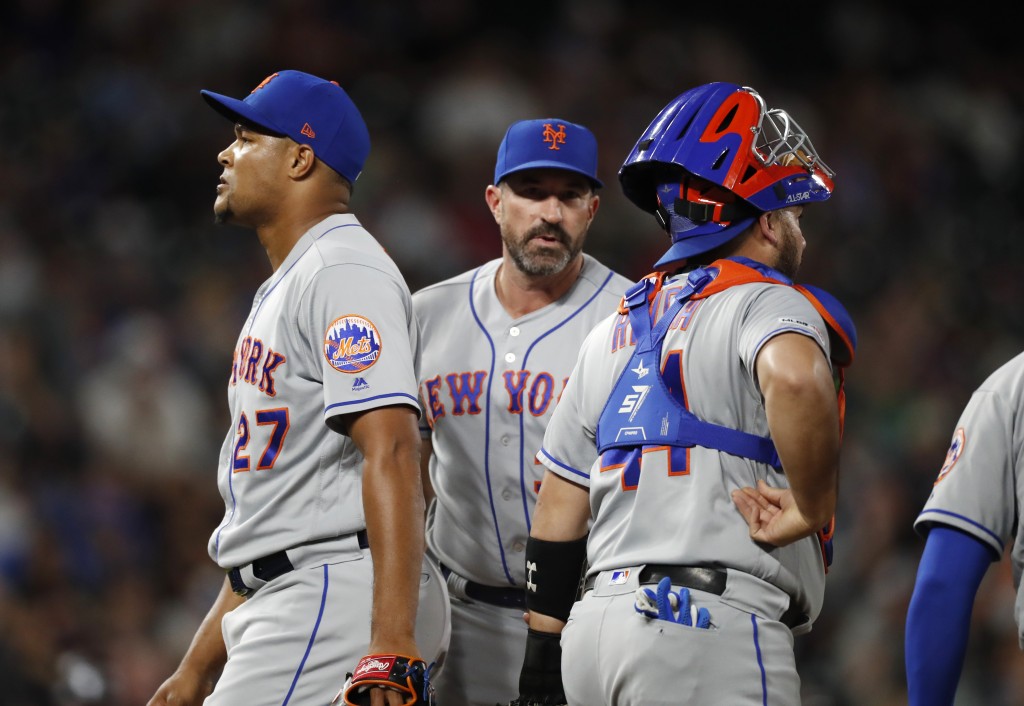 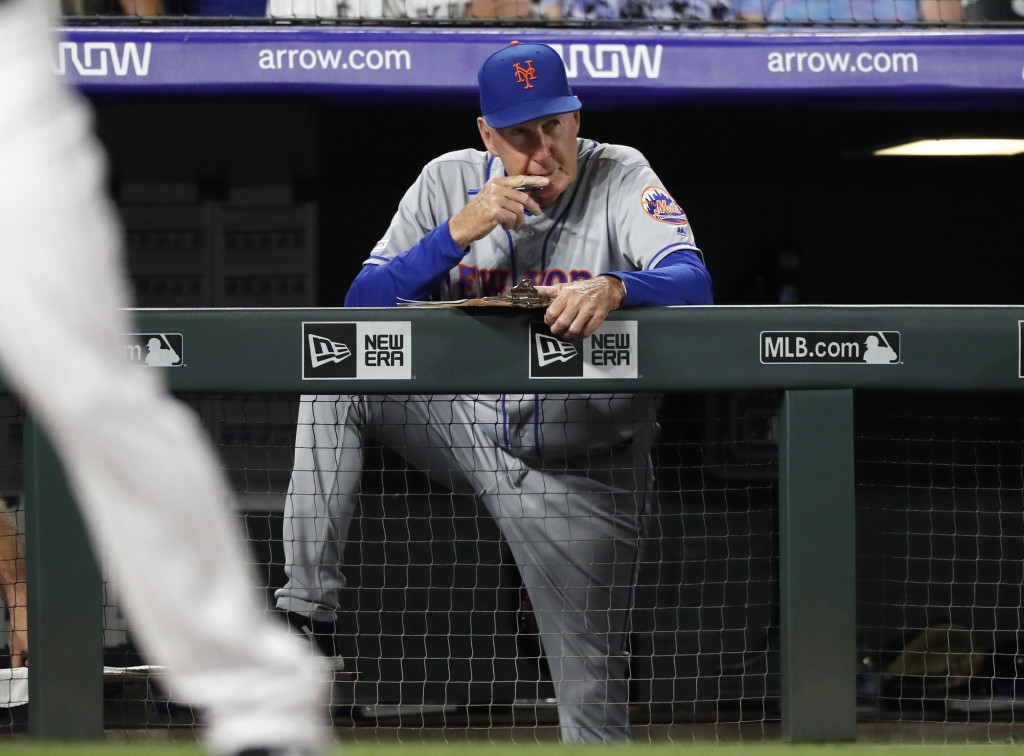 DENVER (AP) — Pitcher Antonio Senzatela hit a tying, two-run single that ended a year-long 0-for-44 slide at the plate, Trevor Story followed three pitches later with a three-run homer of Steven Matz to cap a six-run fourth inning and the Colorado Rockies beat the Mets 9-4 Monday night to drop New York five games back for the second NL wild card with 12 games to play.

Brandon Nimmo, batting leadoff for the first time since May 17, opened the game with a home run off Senzatela (10-10). Starting their last road trip of the regular season, the Mets built a 4-1 lead on Jeff McNeil's two-run homer in the third that stopped an 0-for-13 slump and Amed Rosario's RBI double in the fourth.

Matz, who allowed Ian Desmond's second-inning homer, needed 42 pitches to get through the fourth and dropped to 0-2 with a 10.15 ERA in three starts at Coors Field.

Charlie Blackmon singled with one out, Ryan McMahon walked and Garrett Hampson hit an RBI single with two outs.

No. 8 hitter Drew Butera walked to bring up Senzatela, who had not gotten a hit since a two-run single off San Francisco's Dereck Rodriguez on Sept. 16 last year. With the count 1-2, Senzatela lined a sinker into left field. Story followed with a drive into the left-field seats off Matz (10-9), who allowed seven runs, six hits and two walks in four innings.

Desmond made a nice leaping catch near the top of the left-field wall against Nimmo in the fifth.

Hampson had three hits, including a run-scoring single in the seventh off Paul Sewald, and Nolan Arenado hit an RBI double in the eighth against Edwin Díaz.

Mets rookie Pete Alonso ended a career-worst 0-for-21 slump with a fourth-inning single.

Rockies: LHP Kyle Freeland (left groin strain) is scheduled to throw a simulated game on Tuesday. Freeland, out since Aug. 21, hopes to return this season.

Colorado has allowed 16 leadoff homers, tying the major league record set by the 2017 Seattle Mariners, according to the Elias Sports Bureau.

Mets LF J.D. Davis ran into the wall after snaring Story's drive in the eighth inning. He lay on the ground and was looked at by a trainer but stayed in the game.