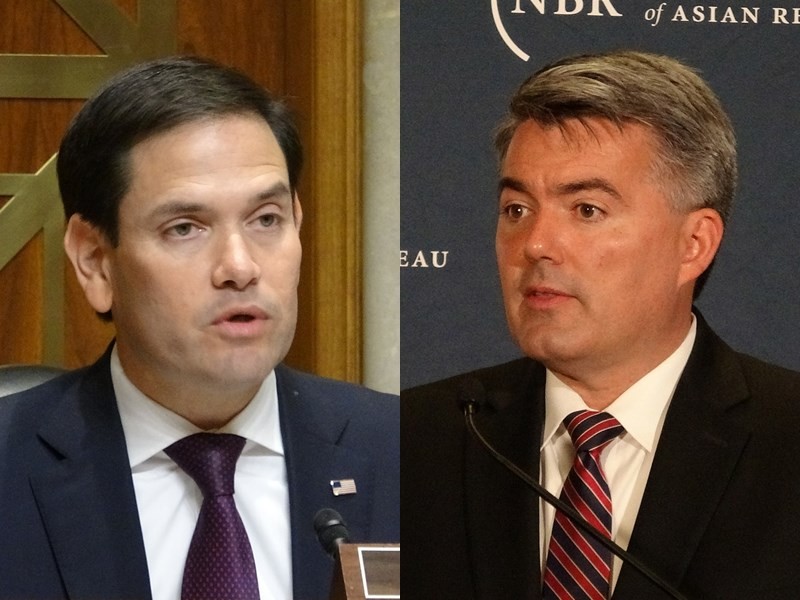 TAIPEI (Taiwan News) -- In response to news that the Solomon Islands switched diplomatic ties from Taiwan to China on Monday (Sept. 16), U.S. Senators Marco Rubio and Cory Gardner condemned the move and called for the passage of the TAIPEI Act.

On Monday, news broke that the Solomon Islands government, led by Prime Minister Manasseh Damukana Sogavare, has opted to switch diplomatic recognition from Taiwan to China. In response, U.S. Senators Marco Rubio and Cory Gardner condemned China's "bullying" and "hostile actions" toward Taiwan and pressed for the passage of the TAIPEI Act.

On his Twitter feed, Rubio described the Solomon Islands as "the latest nation to bow to Chinese gov't pressure." He said the international community "must push back against Beijing's bullying" and pressed Congress to pass the TAIPEI Act.

The Solomon Islands has officially become the latest nation to bow to Chinese gov’t pressure and sever ties with Taiwan. The U.S. and Int’l community must push back against Beijing’s bullying and efforts to isolate #Taiwan. It’s time for Congress to pass the bipartisan #TAIPEIAct https://t.co/sMuLum8NVo

On a different Twitter account, Rubio then said that he would look at ways the U.S. could sever ties with the Solomon Islands. He also indicated that the U.S. should consider cutting off financial assistance and imposing sanctions.

And now I will begin exploring ways to cut off ties with #SolomonIslands including potentially ending financial assistance & restricting access to U.S. dollars & banking. https://t.co/1l7YdmhWNK

Senator Gardner first responded on Twitter by describing the Solomon Islands' move as "a profound and regrettable mistake." He then posted a second tweet saying the free world should meet "China's hostile actions toward Taiwan" with resolve, urged the passage of the TAIPEI Act, and suggested imposing sanctions on countries that drop ties with Taiwan in favor of China.

China’s hostile actions toward Taipei will be met with resolve by the free world. I urge the Senate to immediately consider my TAIPEI Act, which would impose consequences on nations downgrading ties with Taiwan in favor of China.

The “Taiwan Allies International Protection and Enhancement Initiative,” or TAIPEI Act, states that the U.S. should engage with governments around the world to support Taiwan’s diplomatic recognition. Co-sponsored by Marco Rubio of Florida, Robert Menendez of New Jersey, and Ed Markey of Massachusetts, the proposed TAIPEI Act was first introduced to the Senate and referred to the Committee on Foreign Relations on Sept. 4, 2018.

After failing to pass the Senate in 2018, Senators Cory Gardner (R-CO), Chris Coons (D-DE), and Marco Rubio (R-FL) revived the bill on May 23 of this year. During a visit to Taiwan in June, Gardner said, “The bill has received bipartisan support in the Congress," and he added that he would continue to push for the passage of the bill.

If passed, the act would require the State Department to induce governments which are allies of Taiwan to maintain diplomatic ties with the country and identify those at risk of severing relations. The bill also calls for the U.S. to supplement its diplomatic presence in countries that support Taiwan but reduce its diplomatic footprint in those that side with Beijing. 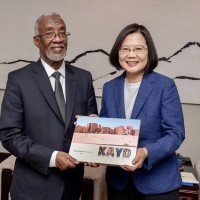