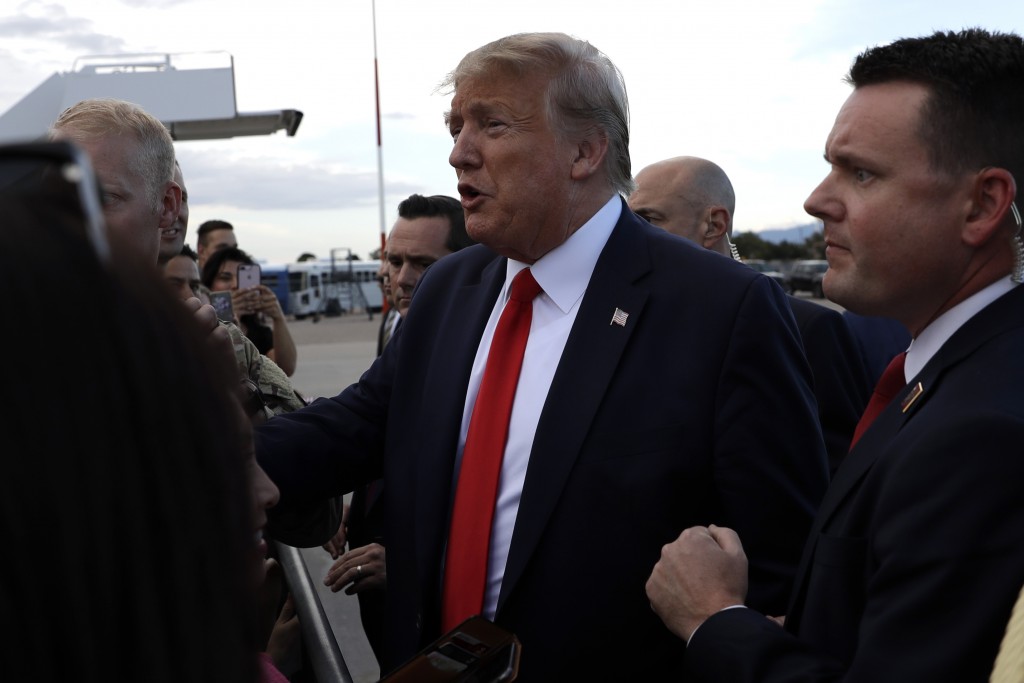 President Donald Trump has arrived in New Mexico and is on his way to a rally in a suburb of Albuquerque.

Thousands of people are gathered at the Santa Ana Star Center in Rio Rancho, awaiting the president's arrival for Monday evening's rally. Many have been waiting in line the morning hours to hear the president speak.

Near downtown Albuquerque, a few hundred Democrats are holding their own rally. Some elected leaders have spoken, including congresswoman Deb Haaland.

She describes the president as misogynistic and ego-driven, saying Democrats will fight to make sure New Mexico stays blue, referring to the hold Democrats have had on the state for years.

President Donald Trump is headed to New Mexico for a campaign rally that demonstrates his efforts to capture a few more Democratic-leaning states in next year's presidential election.

Trump will speak at a rally near Albuquerque, New Mexico, on Monday. It's the first stop on a three-day swing that will also take him to California for a quartet of fundraisers expected to raise more than $15 million.

Trump is looking to find the next Wisconsin or Michigan — states that Democrats generally win in presidential elections but that can surprise under certain conditions, as they did in 2016.

New Mexico has not voted for a Republican in the presidential election since 2004.