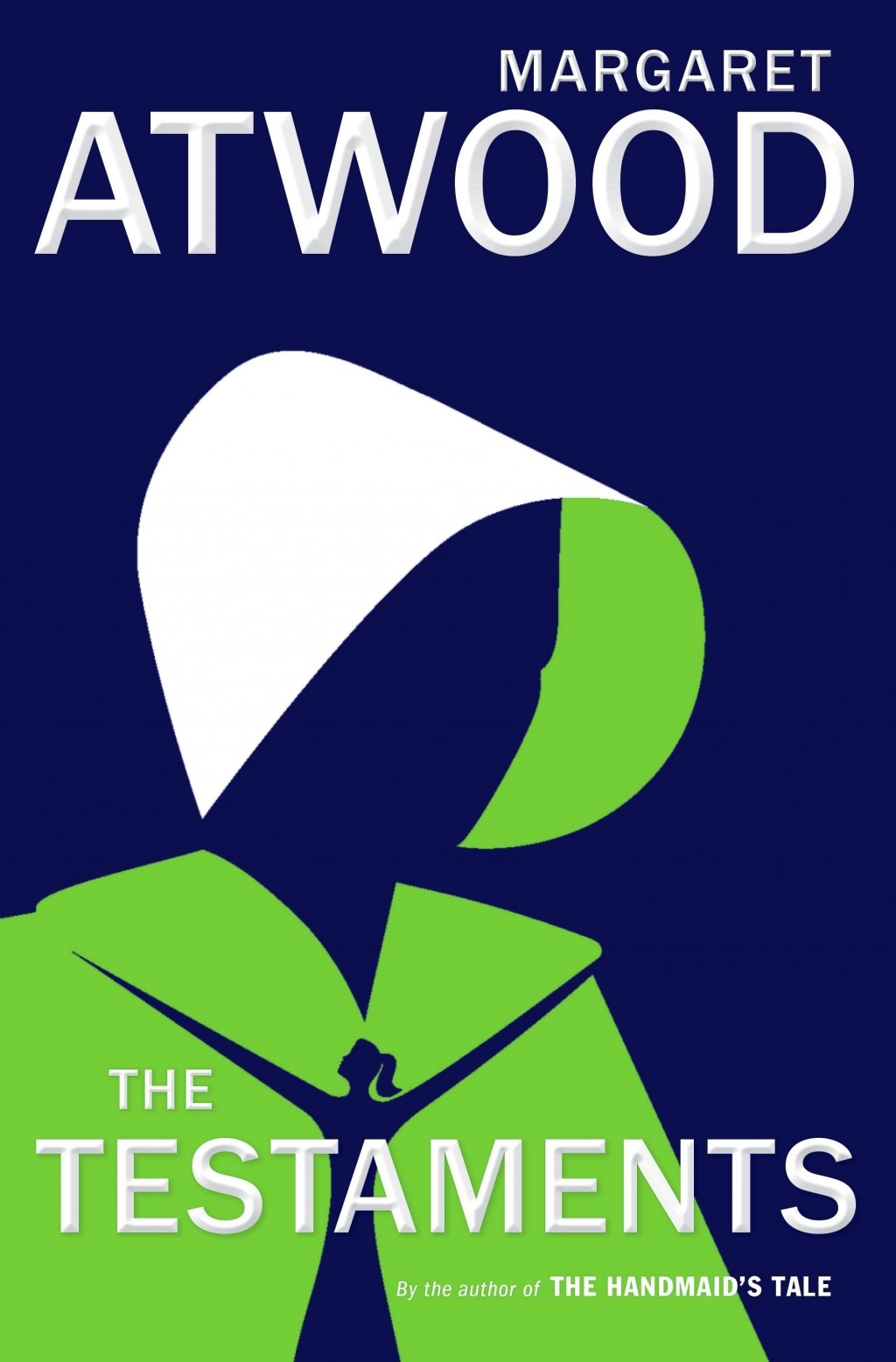 "The Testaments" (Nan A. Talese/Doubleday), by Margaret Atwood

Margaret Atwood wrote her much-anticipated sequel to "The Handmaid's Tale" in a number of places, like "the dome car of a train stuck on a siding due to a mudslide, on a couple of ships, in a number of hotel rooms, in the middle of a forest."

That seems appropriate given that "The Testaments," which begins 15 years after the "Handmaid's Tale" leaves off, is a wild ride, taking us beyond the walls of the fictional Gilead.

In theocratic Gilead, women are uneducated, illiterate and serve to procreate. This follow-up is a suspenseful page-turner, less bleak than its predecessor, with a nod to spy thrillers. Atwood's "Handmaid's Tale," published nearly 35 years ago, became even more of a cultural phenomenon when Hulu rolled out the 2017 adaptation, sending a new generation in search of a copy of "The Handmaid's Tale," perhaps from their mothers' shelves. The book became a feminist manifesto — required reading in high school and college classes — not only for many coming of age in the 1980s, but for future generations.

In real life in the last couple of years, red-cloaked women started showing up in government halls, protesting discrimination and challenges to reproductive rights, in the costume of the Handmaids, who were systematically raped in Gilead to give "Commanders" progeny.

The fate of Offred is uncertain at the end of "The Handmaid's Tale." And that main character, while mentioned in "The Testaments," is not one of the three women giving testimony, but her actions propel the plot of "The Testaments."

Beginning with the chilling Aunt Lydia, who is writing an account dubbed "The Ardua Hall Holograph," the reader is brought back into the world of Gilead, which seems to be starting to crack. "Over the years I've buried a log of bones; now I'm inclined to dig them up again — if only for your edification, my unknown reader," Aunt Lydia writes.

The other testimonies come from two girls: Agnes, who grew up in Gilead, and Daisy, who was reared in Toronto. But it is Aunt Lydia who steals the show, and allows Atwood to drop some jokes. Agnes meets in the Schlafly Cafe as she plays other aunts against each other and tells a Commander that at Ardua Hall, a sort of nunnery, they say "Pen is Envy."

In "Testaments," we learn about the origins of Aunt Lydia, who is immortalized as a statue at Ardua Hall while she is still living, one of the most vicious characters of "The Handmaid's Tale." Too old to make babies, she became an "Aunt," charged with instructing and disciplining girls. Lydia recounts how she was beaten three times after the world started falling apart. "Three is a magic number," she says, adding she has a third eye that was "cold, like a stone; It did not weep: it saw." The structure of the three testimonies of the three characters works well in this book, propelling the story and the fate of Gilead.

Agnes, horrified at being married to a ruthless Commander, balks and Lydia takes her under her wing. Daisy, who lives a relatively normal life as a teen in Toronto (where she protests and writes school essays about Gilead), is forced from her home and must confront the reality of the misogynistic Gilead and her past.

"We must all bear the afflictions that are sent to test us," one of the Marthas (women who serve as housekeepers) tells Agnes.

And these three characters are tested. And we are treated to a book that satisfies many of the questions left hanging at the end of "The Handmaid's Tale" by a writer who seems to enjoy this ride.