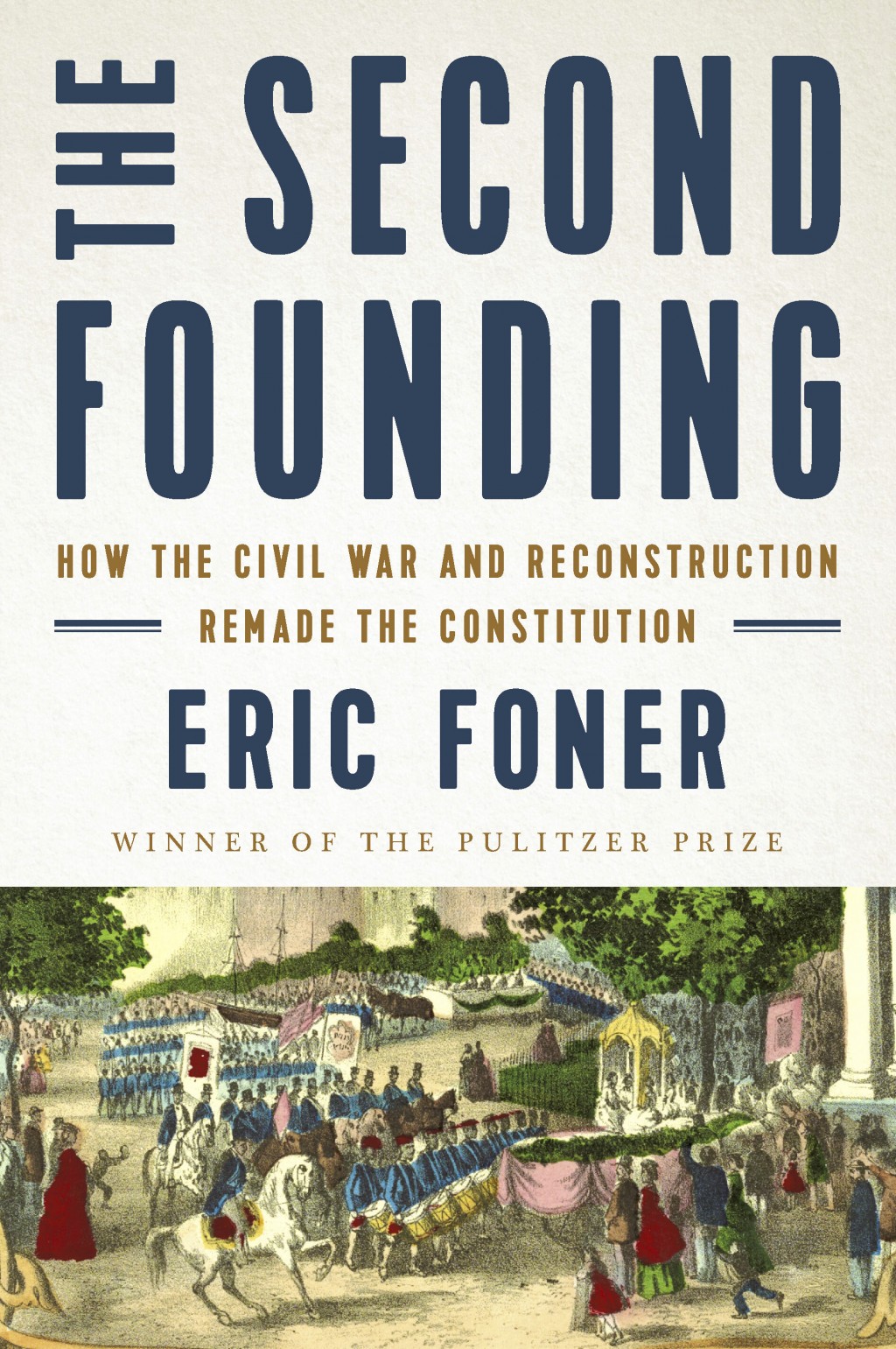 "The Second Founding: How the Civil War and Reconstruction Remade the Constitution" (W.W. Norton and Co.), by Eric Foner

It took the United States two tries to get the Constitution right. The first time was at the 1787 Constitutional Convention. The second time was during Reconstruction, the 12-year period after the Civil War when the 13th, 14th and 15th Amendments were adopted.

Even at the time, the amendments were considered so revolutionary that one leading politician of the day deemed them a "second founding" of the nation — words that historian Eric Foner has borrowed for the title of his timely and important new book on the amendments and their enduring relevance today.

Foner, a Pulitzer Prize-winning history professor emeritus at Columbia University, has written many books about the Civil War, Reconstruction and slavery, but this one seems particularly attuned to the current political moment.

"Recently, we have experienced a slow retreat from the ideal of racial equality," he writes. "We live at a moment in some ways not unlike the 1890s and early 20th century, when state governments, with the acquiescence of the Supreme Court, stripped black men of the right to vote and effectively nullified the constitutional promise of equality."

Yes, Reconstruction is in the air. This past spring Harvard historian Henry Louis Gates Jr. produced a PBS series on Reconstruction and a companion book, "Stony the Road," exploring those same years when, as Foner says, the United States "made its first attempt ... to build an egalitarian society on the ashes of slavery."

At the heart of that effort were the 13th, 14th and 15th Amendments, which abolished slavery; established birthright citizenship and equal protection of the law; and gave black men the right to vote. It is a part of U.S. history "unfamiliar to many, perhaps most Americans," Foner notes.

But now, with this book, we have a compact (under 200 pages), cogently argued and only occasionally dense history lesson. The last chapter summarizing key Supreme Court decisions that significantly undermined the amendments can be tough sledding, but well worth the effort.

"Even if we are unaware of it, Reconstruction remains part of our lives," Foner writes. "Who is entitled to citizenship? Who should enjoy the right to vote? Should the laws protect the rights of aliens as well as citizens? ... What should be the balance of power between the federal government and the states?"

Although he worries about the deep inequalities that remain in society, Foner continues to put his faith in these three amendments. "They retain unused latent power that, in a different political environment, may yet be employed to implement in new ways the Reconstruction vision of equal citizenship for all."