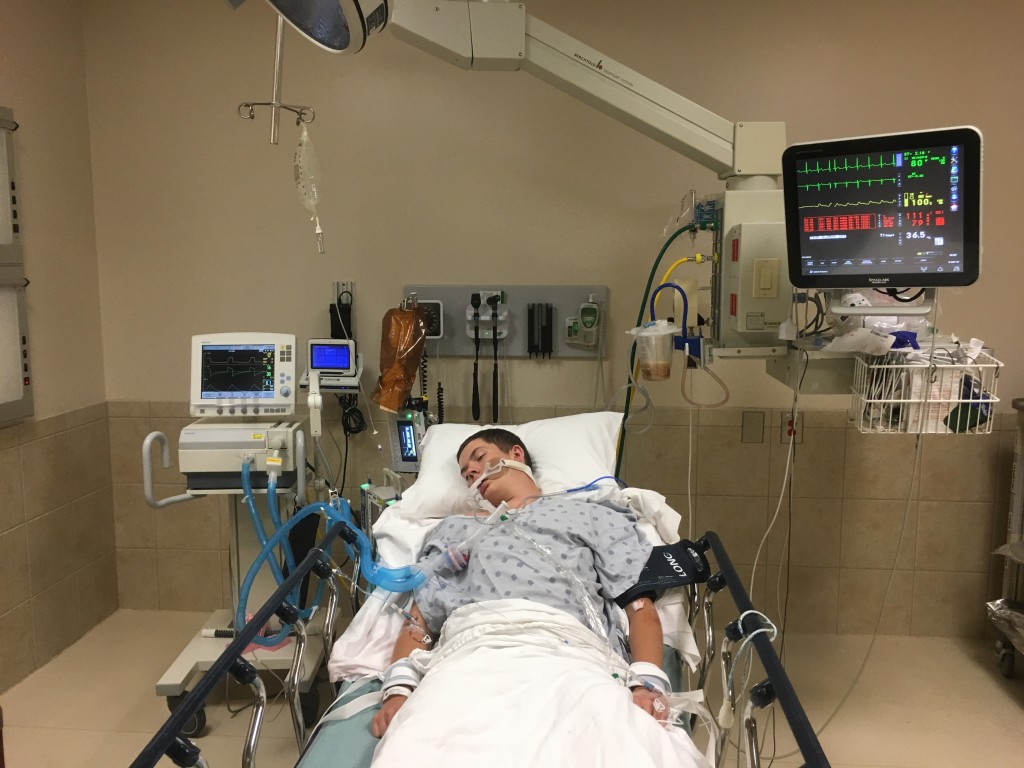 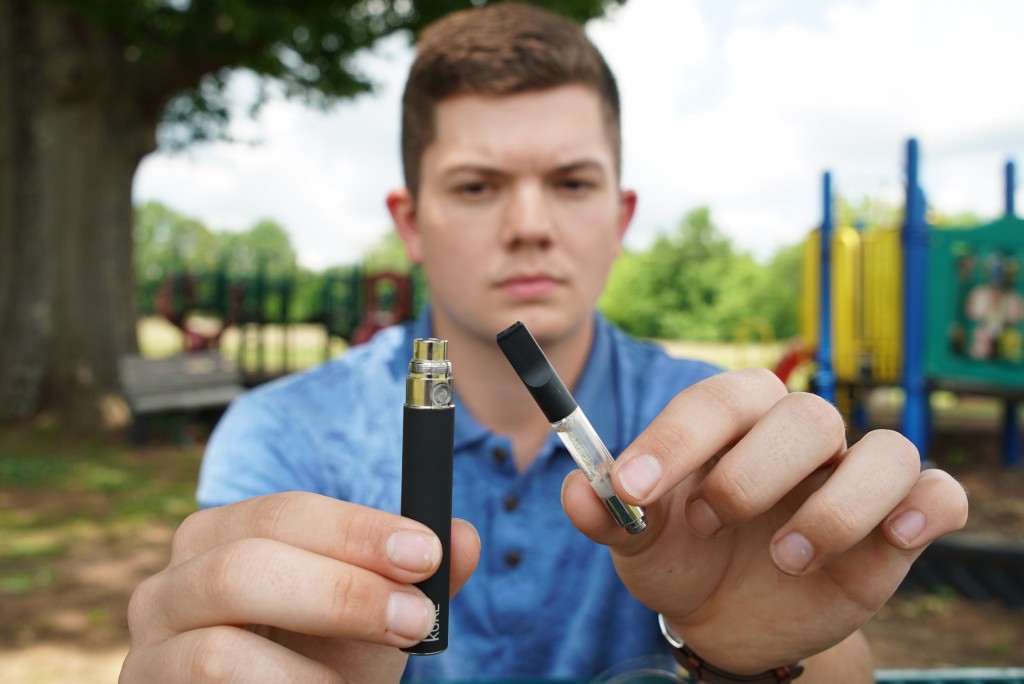 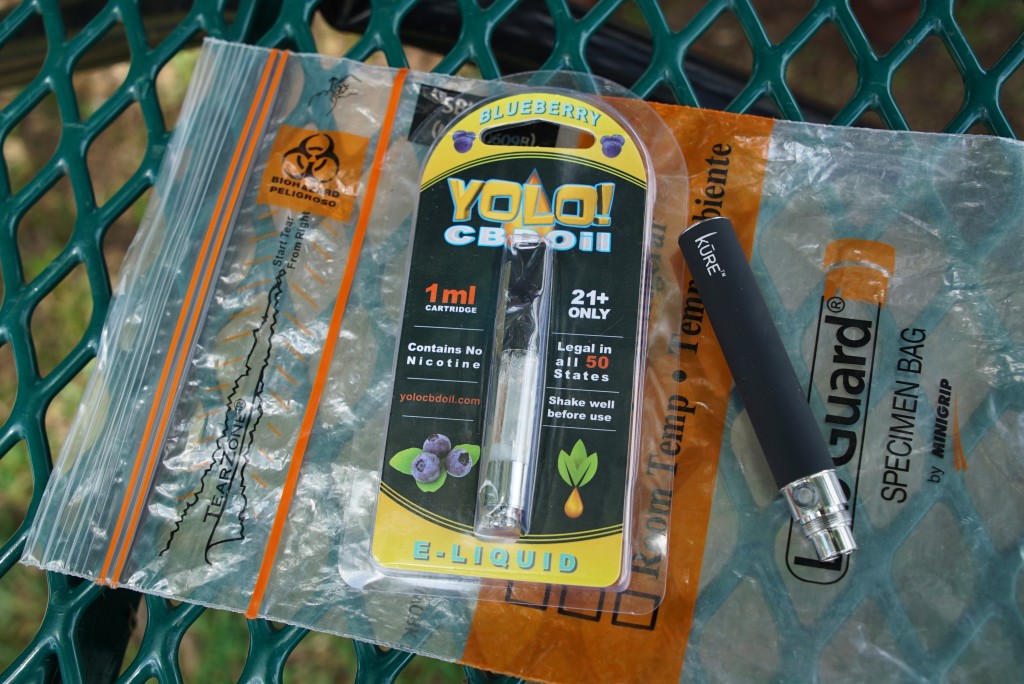 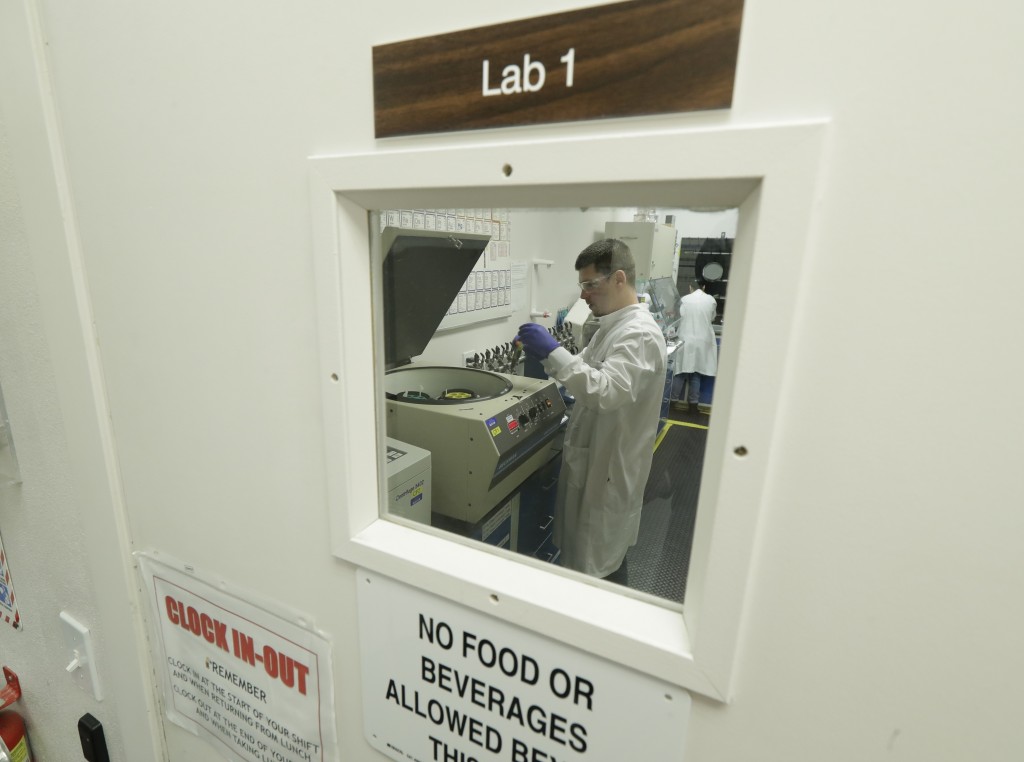 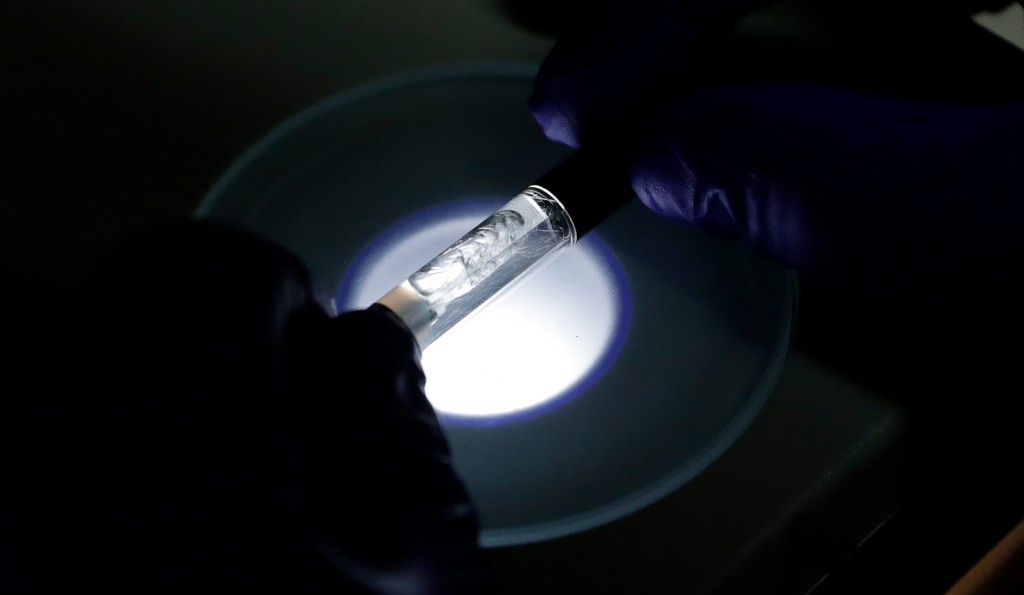 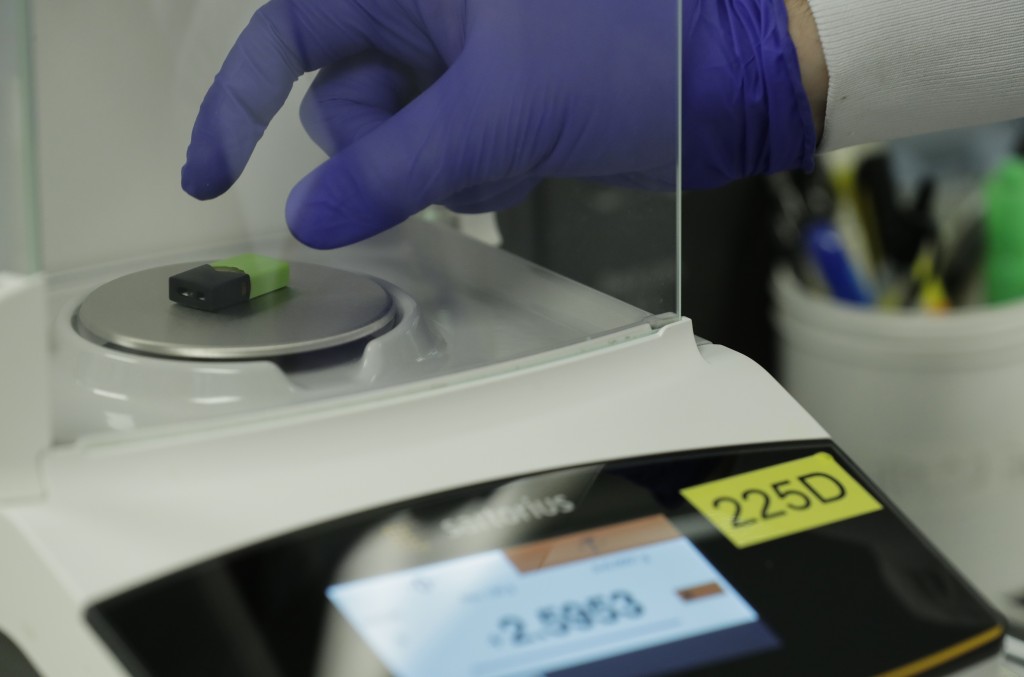 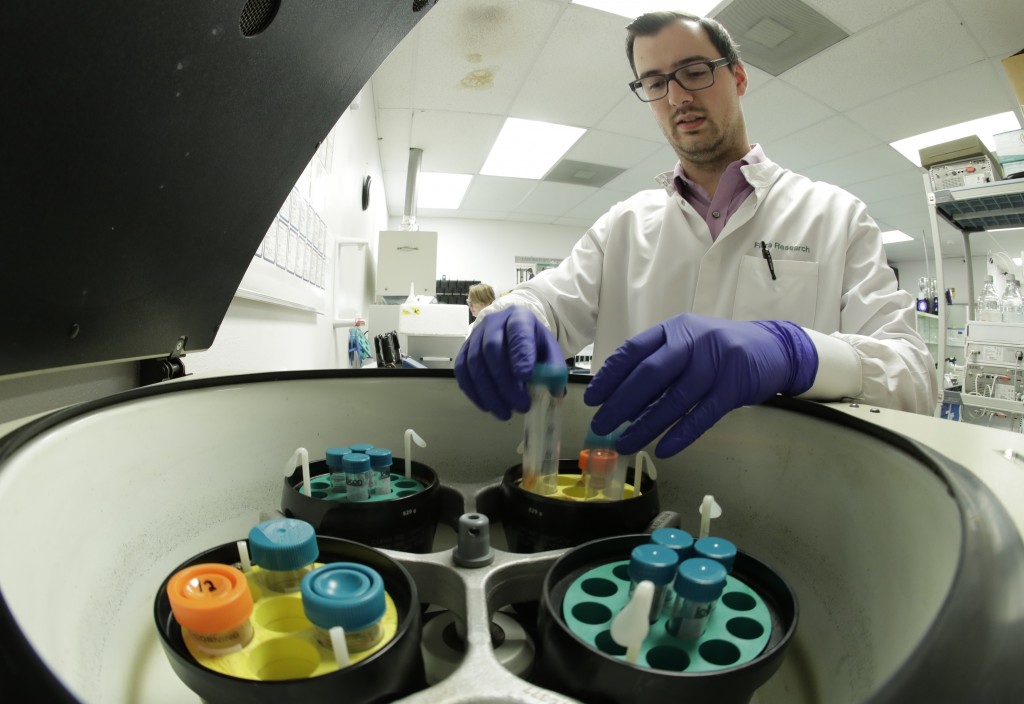 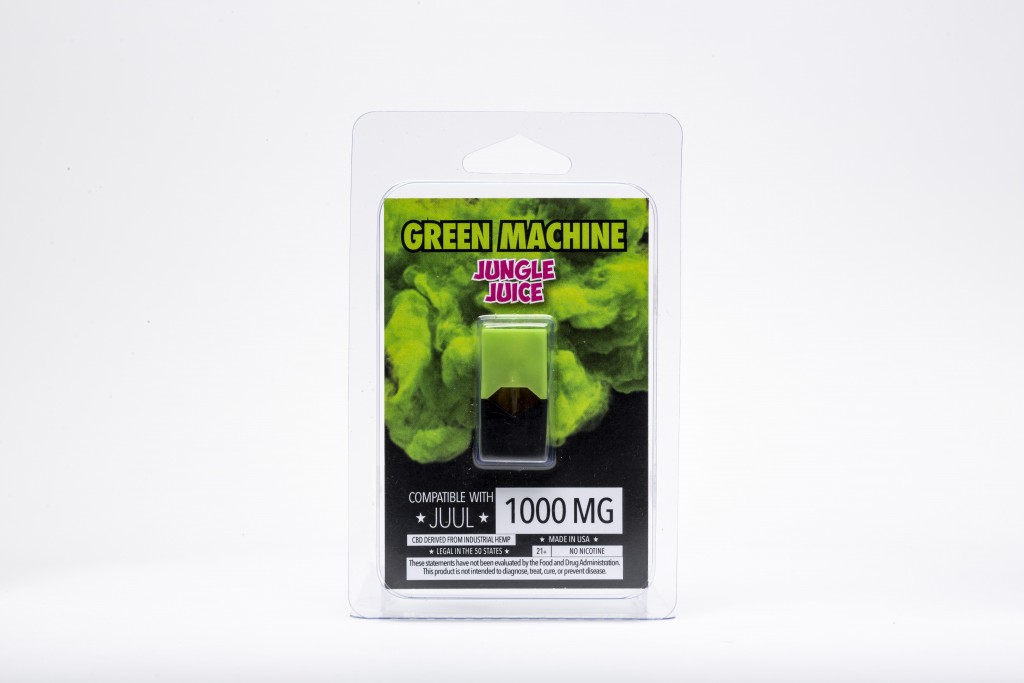 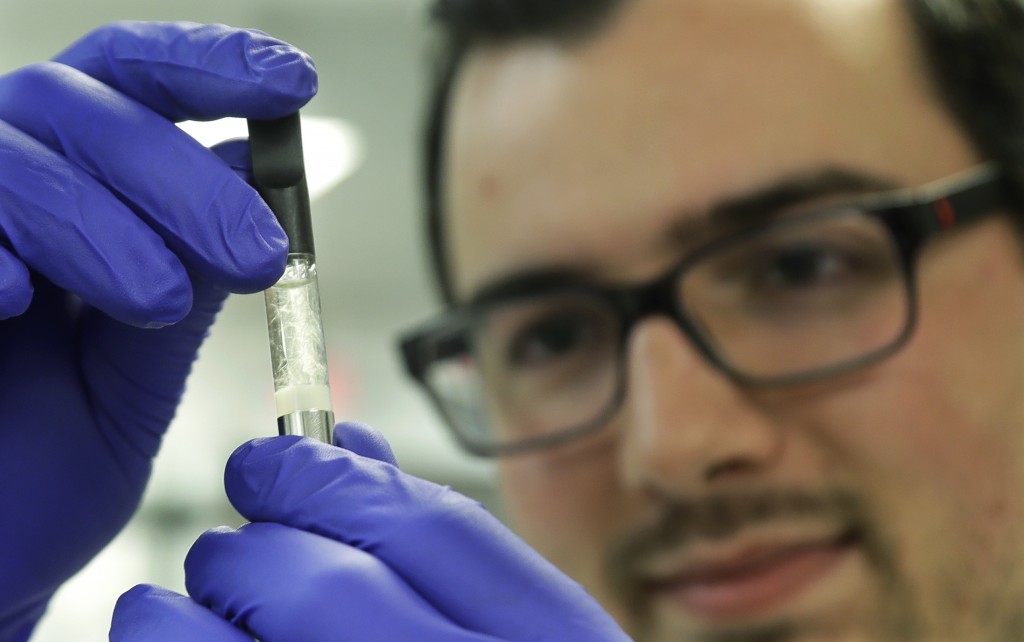 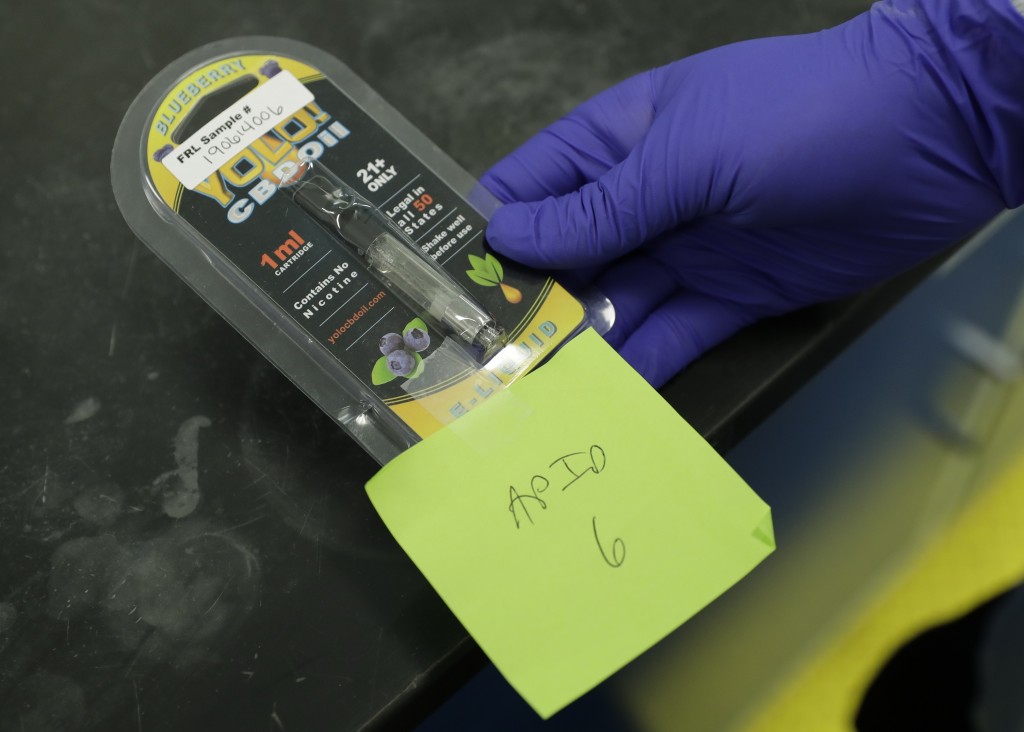 Jay Jenkins says he hesitated when a buddy suggested they vape CBD.

"It'll relax you," the friend assured.

The vapor that Jenkins inhaled didn't relax him. After two puffs, he ended up in a coma.

That's because the vapor he inhaled wasn't CBD, a natural compound that marketers say can treat a range of ailments without getting users high. Instead, the vape was spiked with a powerful, man-made street drug.

Some operators are cashing in on the CBD craze by substituting cheap and illegal synthetic marijuana for real CBD in vapes and edibles such as gummy bears, an Associated Press investigation has found.

Spiked vapes have sent dozens of people like Jenkins to emergency rooms over the last two years. Yet people behind the products have operated with impunity, in part because the business has boomed so fast that regulators haven't caught up while drug enforcement agents have higher priorities.

AP commissioned laboratory testing of the vape Jenkins used plus 29 other vape products sold as CBD around the country, with a focus on brands that authorities or users flagged as suspect. Ten of the 30 contained synthetic marijuana, which is commonly known as K2 or spice.

One brand, a pod compatible with Juul electronic cigarettes called Green Machine, contained a different kind of synthetic marijuana depending on the flavor and even location of purchase.

The results of AP's testing echo what authorities have found, a nationwide survey of law enforcement agencies shows.

At least 128 samples out of more than 350 tested by government labs in nine states, nearly all in the South, had synthetic marijuana in products marketed as CBD, according to information the states provided AP. Gummy bears and other edibles accounted for 36 hits, while nearly all others were vape products. Mississippi authorities also found fentanyl, the opioid involved in about 30,000 overdose deaths last year.

Because testing by both authorities and AP focused on suspect products, the results are not representative of the overall market.

Vaping in general has come under increased scrutiny recently because hundreds of users have developed mysterious lung illnesses, and several have died. The AP's investigation focused on yet another set of cases, in which psychoactive chemicals are added to products presented as CBD.

CBD, short for cannabidiol, is one of many chemicals found in cannabis, a plant known more commonly as marijuana. Most CBD is made from hemp, a cannabis variety cultivated for fiber or other uses. Unlike its more famous cousin THC, cannabidiol doesn't get users high. Sales of CBD have been driven in part by unproven claims that it can reduce pain, calm anxiety, increase focus and even prevent disease.

Jay Jenkins says he tried CBD because he was bored. He had just finished his freshman year at The Citadel, a South Carolina military college, when he decided to try CBD in May 2018. He said a friend bought a blueberry flavored vape called Yolo! — the acronym for "you only live once" — from a convenience store in Lexington, South Carolina.

After Jenkins became unresponsive his friend drove them to the hospital, where Jenkins suffered acute respiratory failure, his medical records show.

"I thought that I actually was already dead," Jenkins said.

By the next day he had recovered, and as he left hospital staff gave the Yolo cartridge back Jenkins, who provided it to AP.

Lab testing found a type of synthetic marijuana that has been blamed for at least 11 deaths in Europe.

Yolo products containing the same drug were implicated in rash of illnesses in Utah several months before Jenkins was poisoned. Authorities never caught anyone.

The people behind spiked vapes leave few clues about who makes them or what's inside.

Packaging doesn't identify the companies and their brands have little online presence. Newcomers can simply design a label and outsource production to a wholesaler that deals in bulk.

The opaque system of manufacturing and distribution hampers criminal investigations and leaves victims of spiked products with little recourse.

And there's a financial incentive to cut corners. One website advertises synthetic marijuana for as little as $25 per pound — the same amount of CBD costs hundreds or even thousands of dollars.

"People have started to see the market grow and there are some fly-by-night companies trying to make a quick buck," said Marielle Weintraub, president of the U.S. Hemp Authority, an industry group that certifies CBD cosmetics and dietary supplements.

While synthetic marijuana is a concern, Weintraub said the industry has many reputable companies.

The U.S. Food and Drug Administration has approved one CBD-based medicine for treating seizures associated with two rare and severe forms of epilepsy, but says it cannot be added to food, drinks or dietary supplements. FDA is considering new regulations.

Because CBD is the active ingredient in an FDA-approved drug, FDA is responsible for regulating its sale in the U.S. But if CBD products are found to contain narcotics, the agency considers the investigation a job for the U.S. Drug Enforcement Administration.

But DEA has to prioritize drugs causing more severe problems, said spokeswoman Mary Brandenberger, such as fentanyl and methamphetamines.

People experiencing problems with a product labeled as CBD can reach a local poison control center by calling 1-800-222-1222.