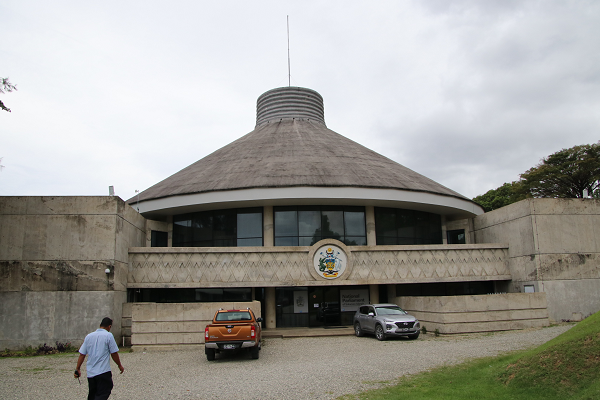 TAIPEI (Taiwan News) – As concerns mount about a potential diplomatic break between the Solomon Islands and Taiwan, the Ministry of Foreign Affairs (MOFA) has dispatched a high-level delegation to Honiara to discuss bilateral ties.

The delegation, led by Deputy Foreign Minister Hsu Szu-chien Hsu (徐斯儉) was originally expected to visit Honiara last week, but the trip was delayed. According to Solomon Islands media, it will arrive in the Solomon Islands on Monday (Sept. 16), and a press conference will be broadcast on Tuesday afternoon following the delegation’s meeting with the Pacific island country's leaders.

Ever since national elections in the Solomon Islands brought a new government to power, there has been talk of Honiara abandoning diplomatic relations with Taiwan in favor of China. In early June, the country’s foreign ministry announced it would conduct a 100-day review of its diplomatic relations.

Over the past few weeks, speculation has been rampant that the government is on the verge of cutting ties with Taiwan. Some reports suggest Beijing has offered the Solomons financial incentives if it agrees to cut ties before China’s National Day on Oct. 1.

On Friday, a government-appointed task force issued a report to the prime minister's cabinet and the parliament in Honiara calling on the country to cut ties with Taipei. The MOFA responded by criticizing the report for its inaccuracies while emphasizing that the fact-finding delegation failed to conduct any research in Taiwan or discuss matters with Taipei.

Solomons Prime Minister Manasseh Sogavare, who is thought to be in favor of cutting ties with Taiwan, is expected to visit New York on Sept. 21, where he will meet with U.S. Vice President Mike Pence. Some rumors suggest that the prime minister is being pressured to formally sever ties before Pence has an opportunity to persuade him otherwise.

However, CNA reports that any diplomatic shift in the Solomon Islands cannot be unilaterally determined by the Prime Minister’s Office and must be voted on by the parliament. According to the CNA report, a final decision on diplomatic ties may not be reached until mid-to-late October.