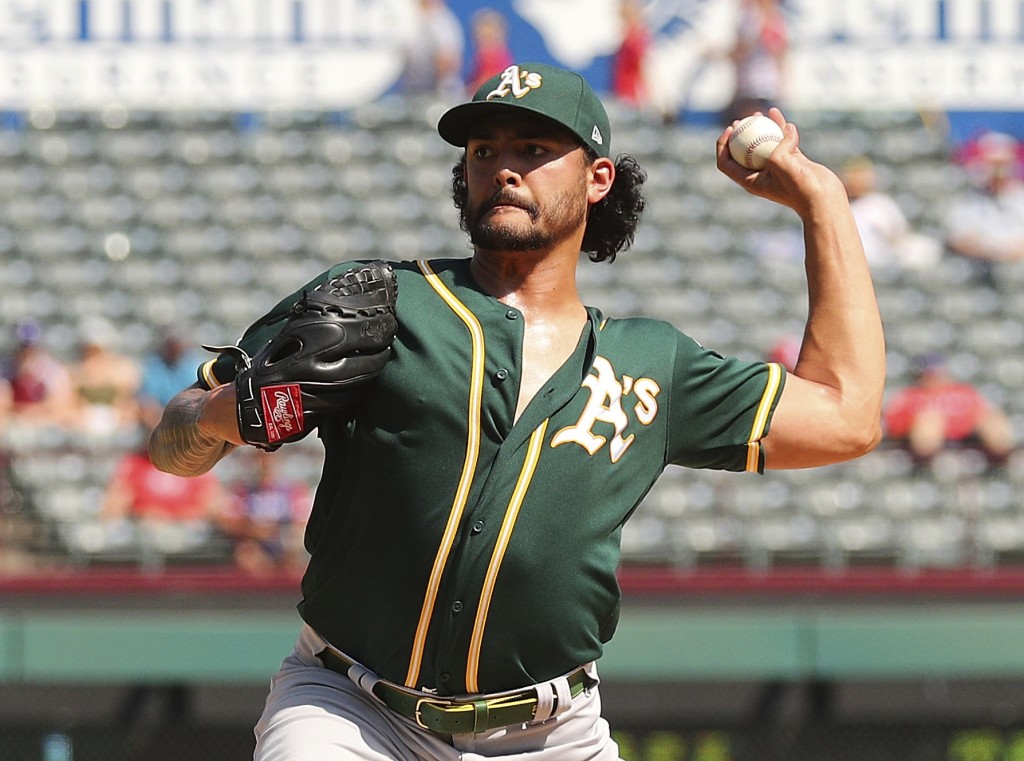 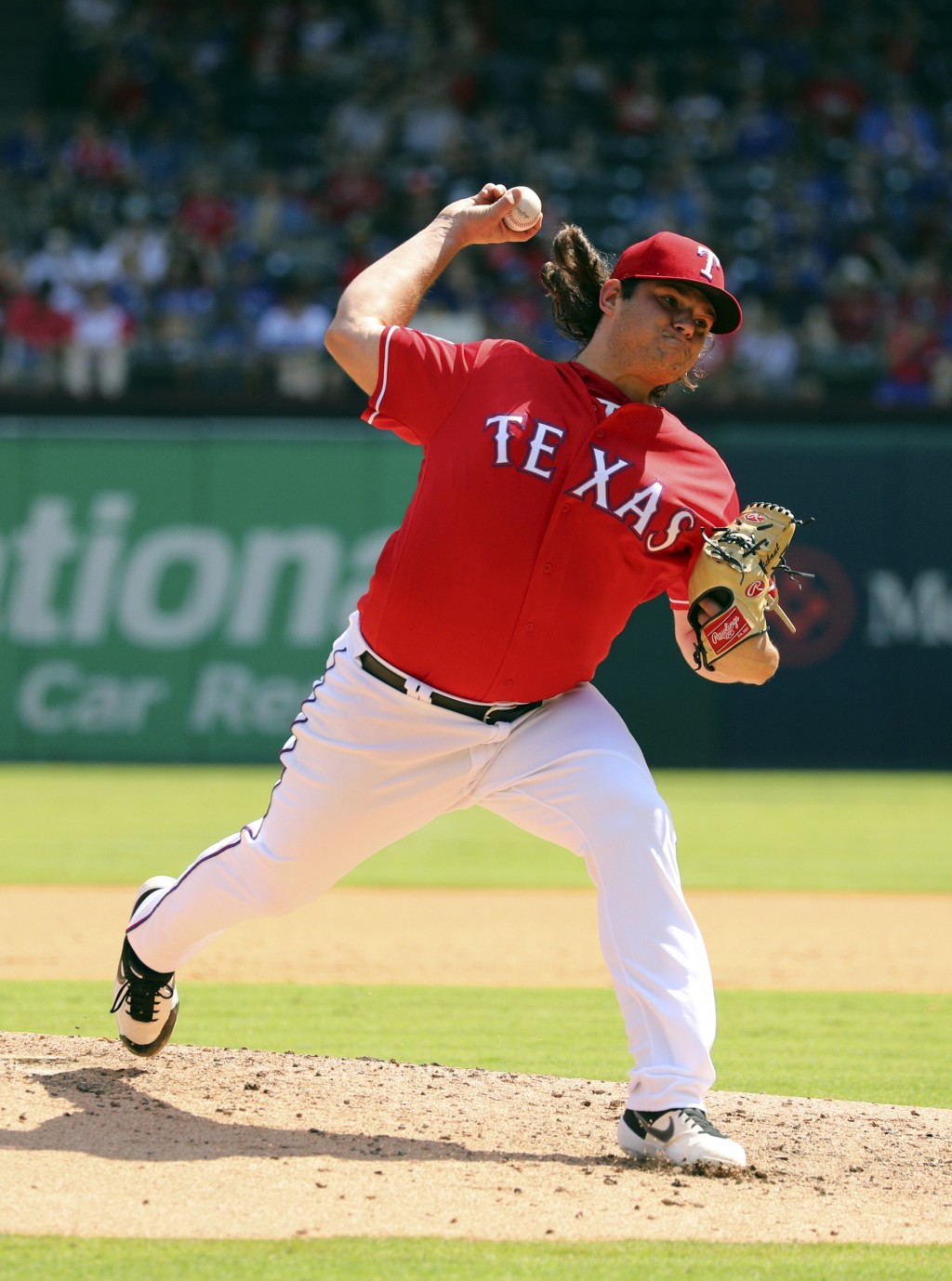 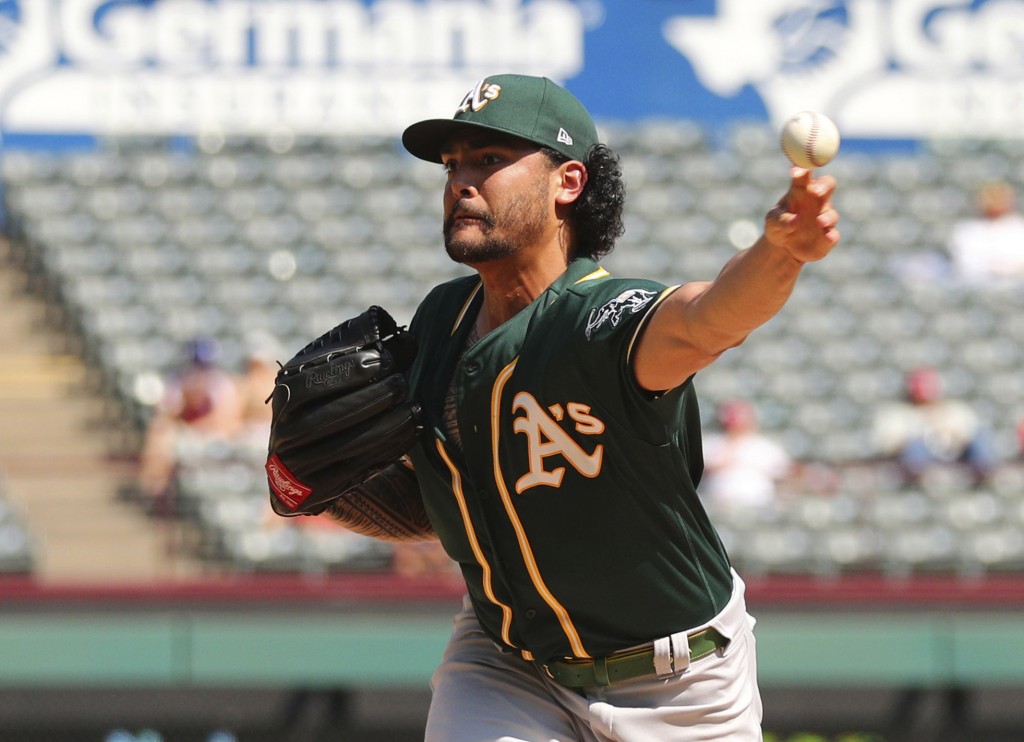 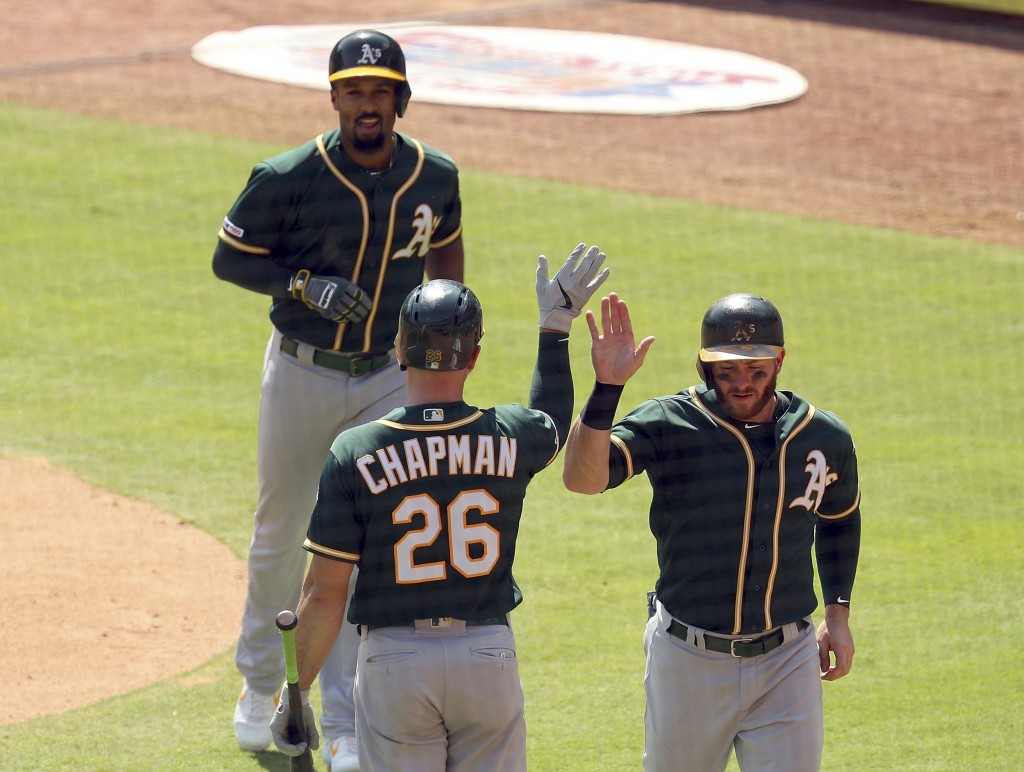 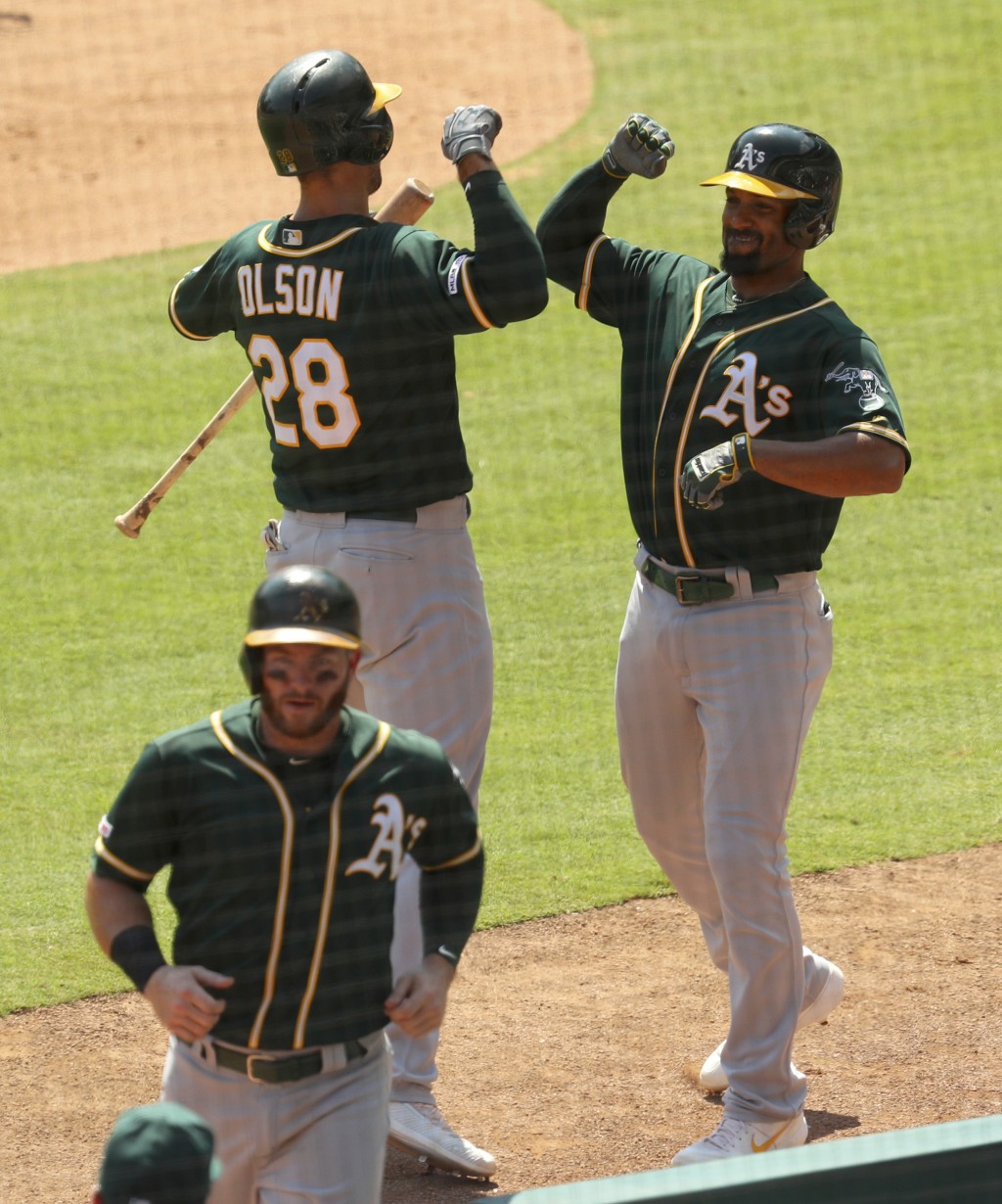 Oakland entered the day a half-game ahead of Tampa Bay for the first AL wild card. The Rays played later against the Los Angeles Angels.

A's rookie left-hander Jesus Luzardo allowed one run over the final three innings for his first save.

The Rangers dropped all three games of the series after returning to .500 on Thursday.

Manaea (2-0) made his third start since being activated for the first time this season on Sept. 1 following shoulder surgery last September. He has given up one run and six hits in 18 innings, striking out 21.

Matt Chapman homered in the ninth to give Oakland a franchise-record 244 this season. Chapman and Matt Olson have hit 34 each. The A's have three batters with at least 30 home runs for the first time since 2001.

Hernández made his sixth major league appearance and second start, both to open bullpen games. He pitched 2 2/3 innings, matching his career high, and allowed three runs, two hits and two walks before being followed by five relievers.

Brown also doubled in the second inning. The rookie is 20 for 52 with 12 RBIs and five multihit efforts in 16 games after being recalled from Triple-A Las Vegas on Aug. 26.

Luzardo allowed two hits, two walks and a wild pitch with four strikeouts in his second appearance since being called up from Las Vegas on Sept. 9. The run scored on a passed ball by Sean Murphy.

Shin-Soo Choo went 3 for 3 and was hit by a pitch for the 17th time this season, giving him the AL lead.

A's RHP Mike Fiers (arm nerve irritation) will be checked by a team doctor Monday in Oakland. If all checks out, he'll throw his scheduled bullpen that day. ... Rangers C Jeff Mathis (low back strain) will miss at least four or five days. ... Home plate umpire Tripp Gibson was attended to briefly by Texas' training staff in the second inning after being struck on the left arm by a 96 mph pitch from Hernández.