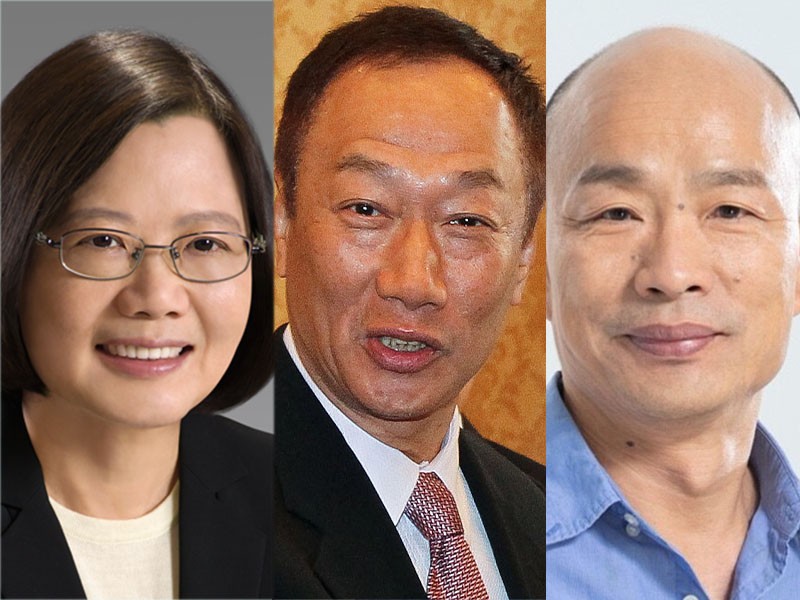 Han lashes out at the ruling party with vitriol

KMT presidential nominee Kaohsiung Mayor Han Kuo-yu said during a visit to a temple on the campaign trail on Saturday (Sept. 14) that the ruling Democratic Progressive Party (DPP) has turned in an empty scorecard after more than three years of ruling the country and that what the party has is a group of people living off the fat of the land. "Why does Taiwan’s populace have to lead such a hard life?" Han asked. "It’s because the country does not have a good leader or an excellent majority party," he commented. “We should not live such a wretched life that leaves us with no future,” he added.

At a rally for KMT nominee Kaohsiung Mayor Han Kuo-yu on Sept. 8, former President Ma Ying-jeou was booed off the stage by the crowds while making a speech. According to media reports on Saturday (Sept. 14), Gou reacted to the incident by saying, “Let me teach Han Kuo-yu a lesson.” However, Gou’s office debunked the reports on the same day, saying that Gou felt very sorry about Ma being bullied by Han’s fans but that Gou had never said he wanted to “teach Han a lesson.”

In response to criticisms that she does nothing but embark on tours of temples around the country, President Tsai Ing-wen said in a Facebook post on Saturday (Sept. 14), “I should go wherever I can come into contact with more people.” She added, “Taiwan is a democracy, and the people are the master of the country. When political figures meet with people, they must communicate with sincerity. No matter what the size of a crowd is, I always treat them with sincerity.”