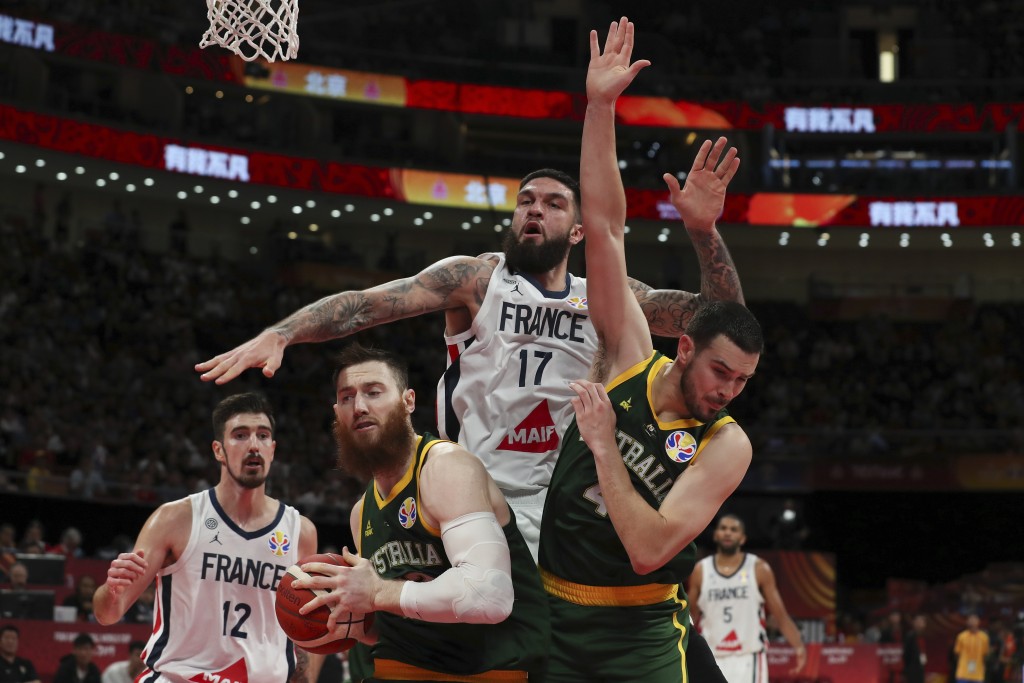 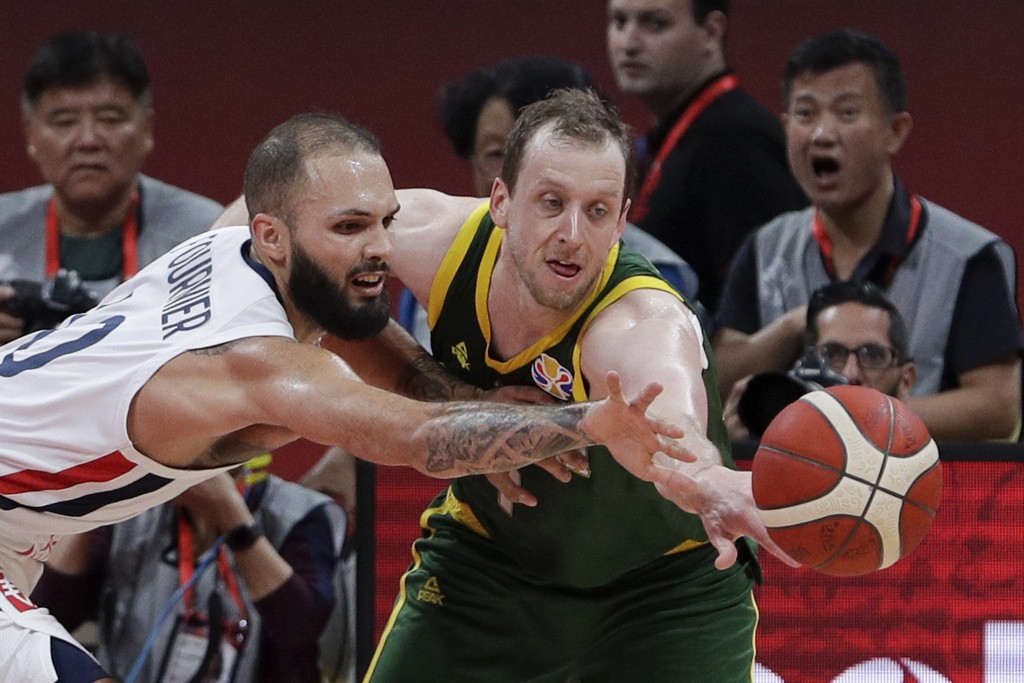 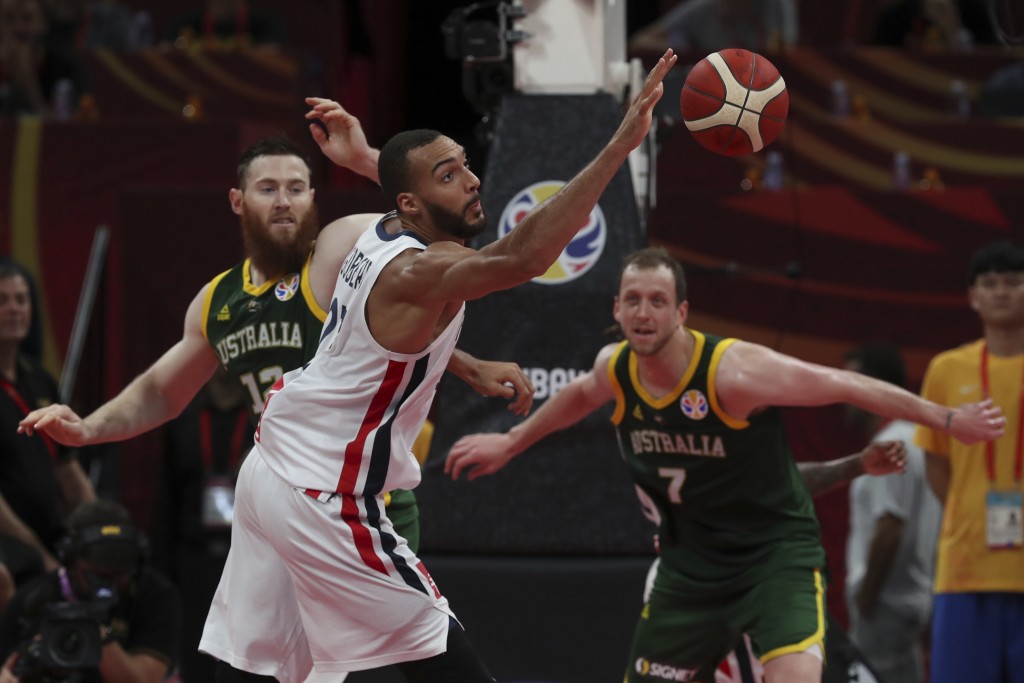 BEIJING (AP) — France defeated Australia 67-59 on Sunday to take the third-place game in the World Cup. It was France's second straight bronze medal in the event and matches its best finish.

Australia, which led for most of the game, failed again to win any medal in a major international basketball tournament. The Boomers are 0-4 in Olympic bronze-medal games, and now 0-1 in the World Cup — previously known as the World Championship.

Nando De Colo scored 19 to lead France with 16 from Evan Fournier. Joe Ingles had 17 for Australia with 15 from Patty Mills. Utah Jazz center Ruby Gobert, who scored 21 against the United States in a quarterfinal victory had only 2 points.

Australia led for the entire game until France inched ahead 47-46 on two free throws with 9:01 left in the game. France continued to surge with Australia looking exhausted — much like its loss in the semifinals against Spain.

France's poor shooting and Australia's defense meant a low-scoring first half, which Australia led 30-21. France shot only 25 percent from the floor, with many shots missed from inside.

Australia built a 40-25 lead to open the third quarter. But then France finally awakened, and cut the lead to 46-42 after three quarters with Nando De Colo, Evan Fournier and Vincent Poirier carrying the scoring load heading into the deciding final quarter.

Australia will have to agonize over another chance for its first World Cup or Olympic medal slipping away.

France took silver in the 1948 and 2000 Olympics. France was also the bronze medalist in the last World Championship (now World Cup) in 2014 and finished fourth in 1954.

This was only the third meeting between Australia and France in a major event.

Before Sunday, the teams split two matchups — both at the Olympics. Australia beat France 87-66 in the group stage at the Rio Games in 2016, and France prevailed over the then-host Aussies 76-52 in the semifinals of the 2000 Sydney Games.