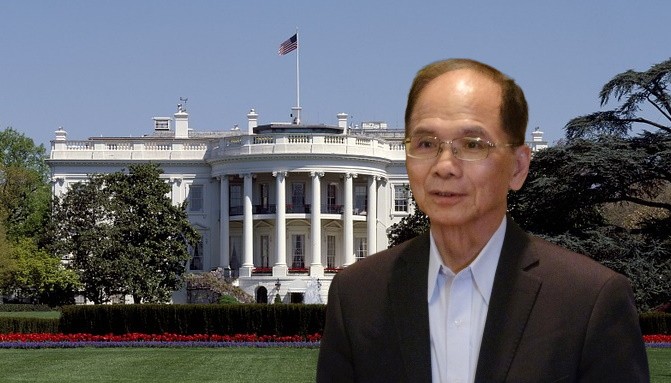 TAIPEI (Taiwan News) – Taiwan’s former premier under the Chen administration, Yu Shyi-kun (游錫堃), on Saturday (Sept. 14) declared that the conditions are favorable for Taiwan to pursue formal diplomatic relations with the United States.

Visiting the U.S. for a meeting with the Formosan Association for Public Affairs (FAPA) in Washington D.C., Yu observed that U.S. President Donald Trump has already altered the status-quo of U.S.-China relations, and with friends of Taiwan in top cabinet positions and significant support in U.S. Congress, Taiwan should seize the moment to pursue a restoration of bilateral ties with Washington. Yu pledged to devote himself towards achieving that goal.

As the threat from China continues to increase, support from the United States will be crucial to maintaining Taiwan’s sovereignty, noted Yu. The U.S. is also bound by the Taiwan Relations Act (TRA) to protect Taiwan in the event that Beijing attempts to conquer Taiwan by military force.

Given the great assistance which the U.S. provides for Taiwan’s self-defense, like minded partners in Taipei and Washington should work together to promote normalized diplomatic relations between the two countries, said Yu. Given the audacious nature of Donald Trump and his willingness to challenge accepted norms, Taiwan should make the most of the current political situation by mobilizing resources towards diplomatic recognition in the U.S., suggested Yu.

The former premier also noted that the pursuit of recognition in the United Nations has not yielded any meaningful results in over 20 years, reports CNA. Yu keenly recognized that establishing relations with the U.S. is the practical first step towards greater international recognition.

As tensions in the South China Sea continue to increase, Taiwan’s involvement in the region will likely spur increased diplomatic engagement with the U.S. and regional governments. This situation suggests that the U.S. and other states will become increasingly willing to recognize Taiwan as a diplomatic partner, explained Yu.

With the presidential election approaching and Tsai Ing-wen as Washington’s favored presidential candidate, according to Yu, the chances for more diplomatic engagement is high. Coupled with bipartisan concern in the U.S. Congress over China’s increasing militarism and unwillingness to cooperate on trade issues, Yu argues that Taiwan should take every advantage of the current circumstances.