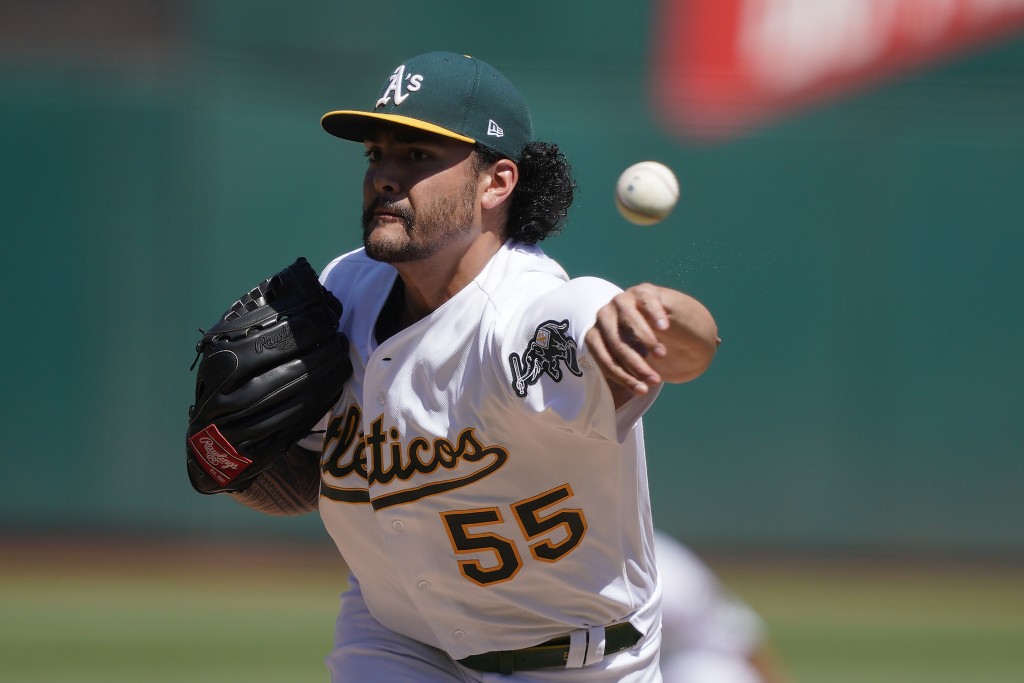 A look at what's happening in the majors Sunday:

Sean Manaea isn't up to full strength after returning from shoulder surgery, but the left-hander has nonetheless provided a boost to the Oakland Athletics as they try to secure an AL wild card spot. Manaea, who starts Sunday at Texas, has allowed one run on three hits in 12 innings over two starts since his return, good for a 0.75 ERA. He's throwing fastballs around 90 mph, but it's been plenty effective so far. Manaea said after his last start he can't expect to be "greedy" while he works his arm back into shape, but in the meantime the left-hander's deceptive delivery is working just fine.

The Boston Red Sox were big spenders during a disappointing campaign for the defending World Series champions. According to calculations by the commissioner's office obtained by The Associated Press, the Red Sox are on track to pay a $13.05 million luxury tax this season, the highest in the majors. The Red Sox are all but certain to miss the playoffs, a result that led to the firing of president of baseball operations Dave Dombrowski. The AL East-leading New York Yankees have the second-highest tax payroll and stand to pay $6.54 million in luxury tax.

Wade Miley had been plenty dependable for the Houston Astros this season — until his last two starts. The left-hander hasn't gotten through the first inning in his previous two appearances, allowing five runs without recording an out against Seattle and then giving up seven runs to Oakland in one-third of an inning. The two disastrous outings inflated his ERA from 3.06 to 3.74. Miley takes the mound Sunday at Kansas City for AL West-leading Houston.

Yankees reliever Dellin Betances returns to the team on Sunday and could make his season debut. The right-hander was sidelined by right shoulder impingement during spring training and then strained a lat during rehab. He made his final rehab appearance on Friday for Double-A Trenton. Left-hander Jordan Montgomery will also return to start Sunday against the Blue Jays. Montgomery hasn't pitched in the major leagues since May 1, 2018.

The Cubs' Jose Quintana, who starts Sunday as Chicago seeks a three-game sweep of visiting Pittsburgh, is 9-1 in his last 13 starts dating to June 29. He has been shaky in his last two outings, allowing eight earned runs in eight innings combined, but did not take a loss, thanks in part to strong run support. And the Cubs have outslugged the Pirates thus far, winning 17-8 on Friday and 14-1 on Saturday as they seek a fifth consecutive playoff berth.