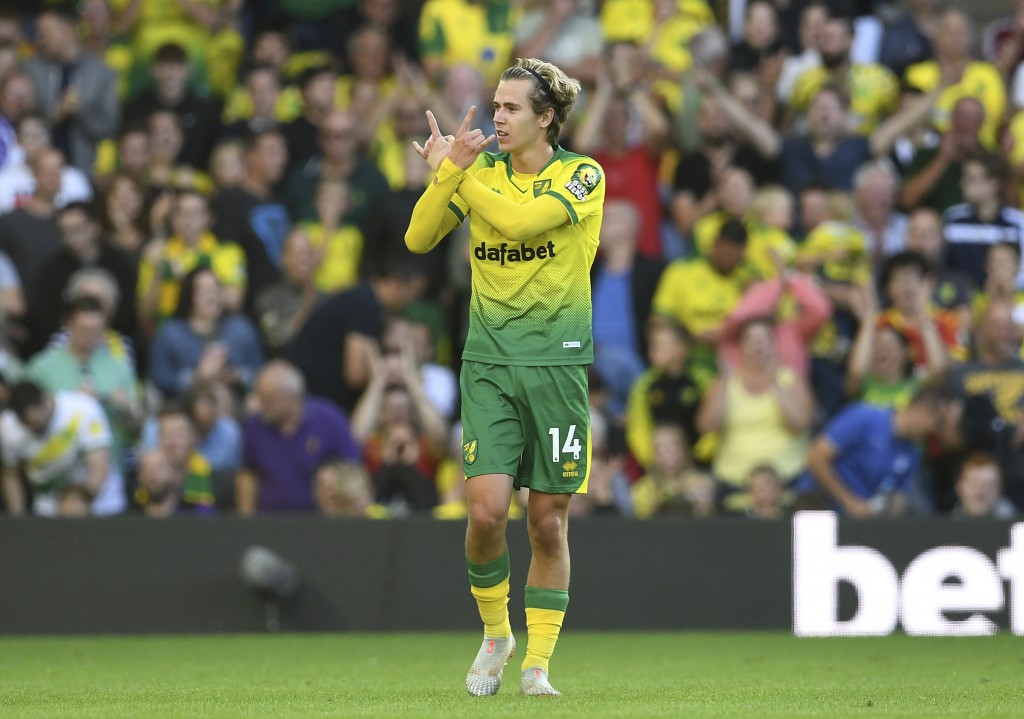 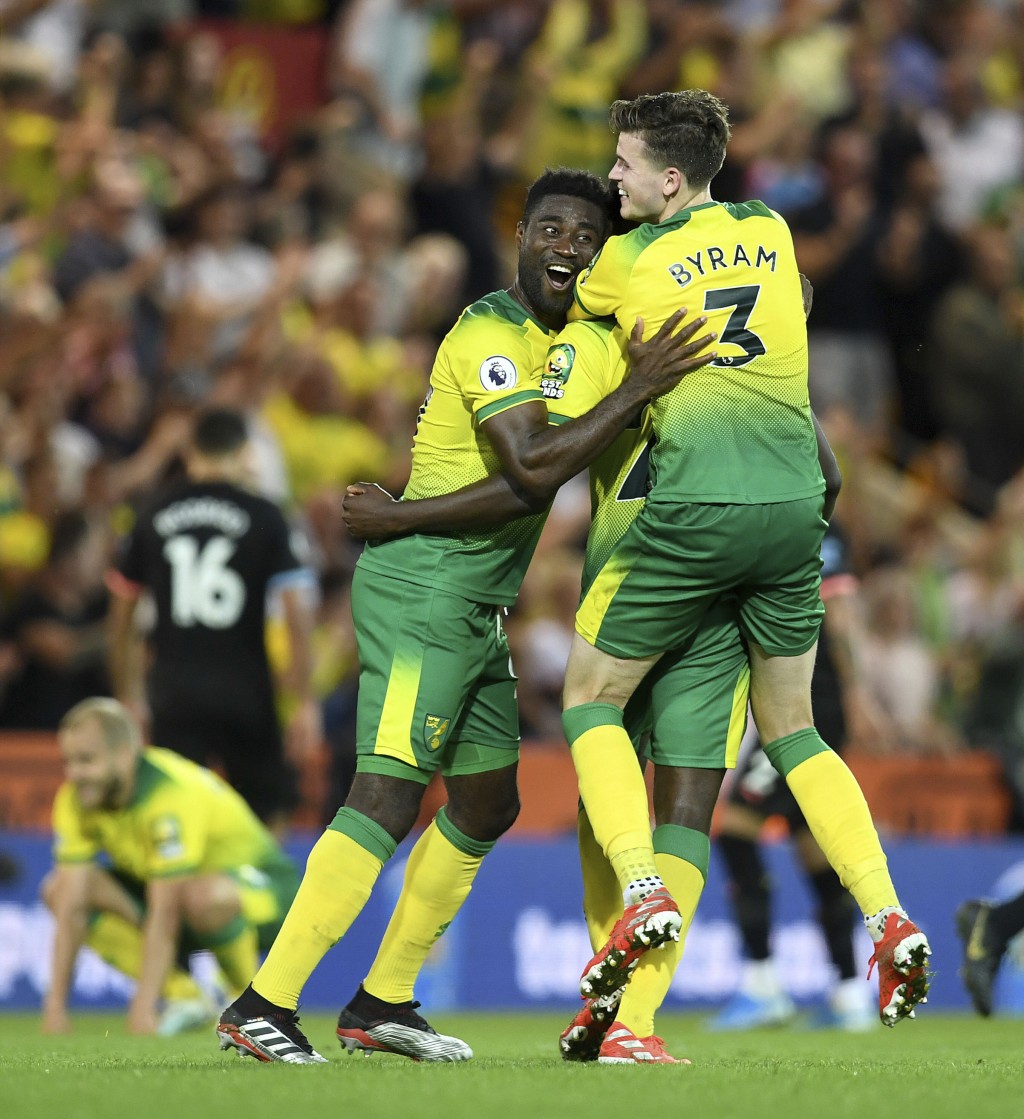 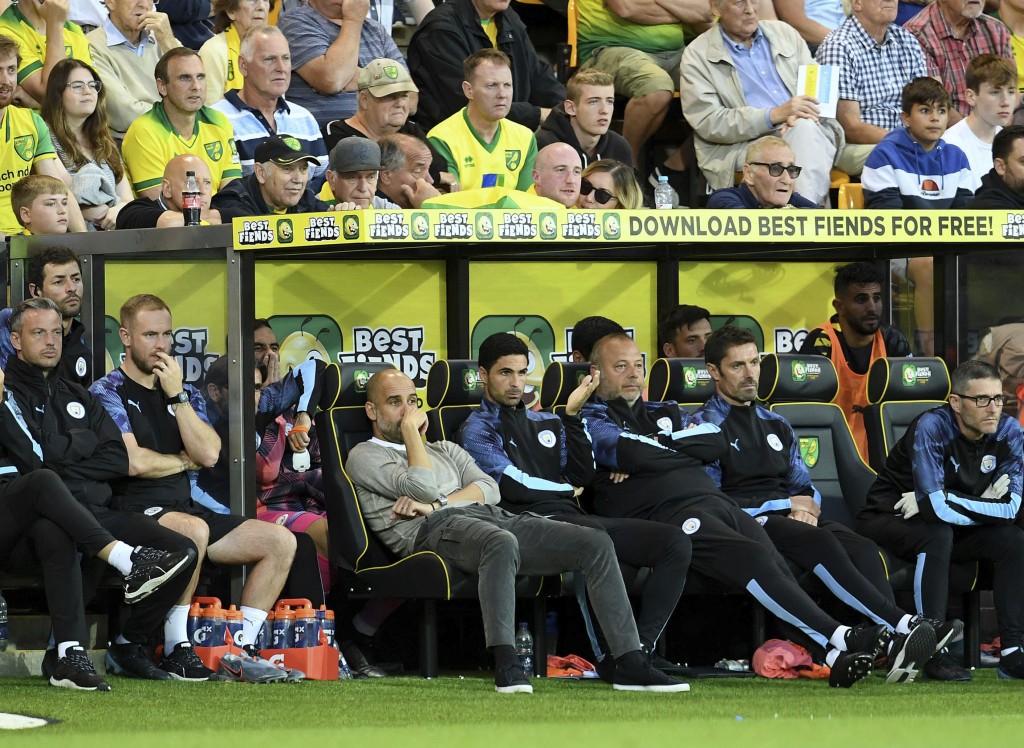 Despite so many injuries it couldn't find enough fit outfield players to be substitutes, Norwich pounced on defensive errors by City, with its breakout star Teemu Pukki scoring one goal and setting up another.

"I believed I could score at this level but to score against all these great teams, it's really special," said Pukki, who has six goals from five games in his first league season.

Unlike title rival Liverpool, which beat Newcastle hours earlier from 1-0 down, City couldn't come back from Norwich's two early goals. Kenny McLean headed in at a corner before Pukki set up Todd Cantwell on the counterattack.

The league joint top scorer Sergio Aguero cut the deficit with a goal for City, his seventh of the season, but Pukki scored Norwich's third when City's Nicolas Otamendi gave away the ball needlessly in defense.

City surged forward in the second half but could score only an 88th-minute consolation goal through Rodrigo.

Returning to the Premier League has been a baptism of fire for Norwich. Besides City, the team from eastern England has already played Champions League winner Liverpool and Europa League winner Chelsea, losing both games.

"Enjoy this moment today and tomorrow but then we focus again."

Injuries are likely to remain an issue for Norwich, which played on Saturday without midfielders Moritz Leitner and Tom Trybull, as well as defenders Timm Klose, Max Aarons and Christoph Zimmerman.