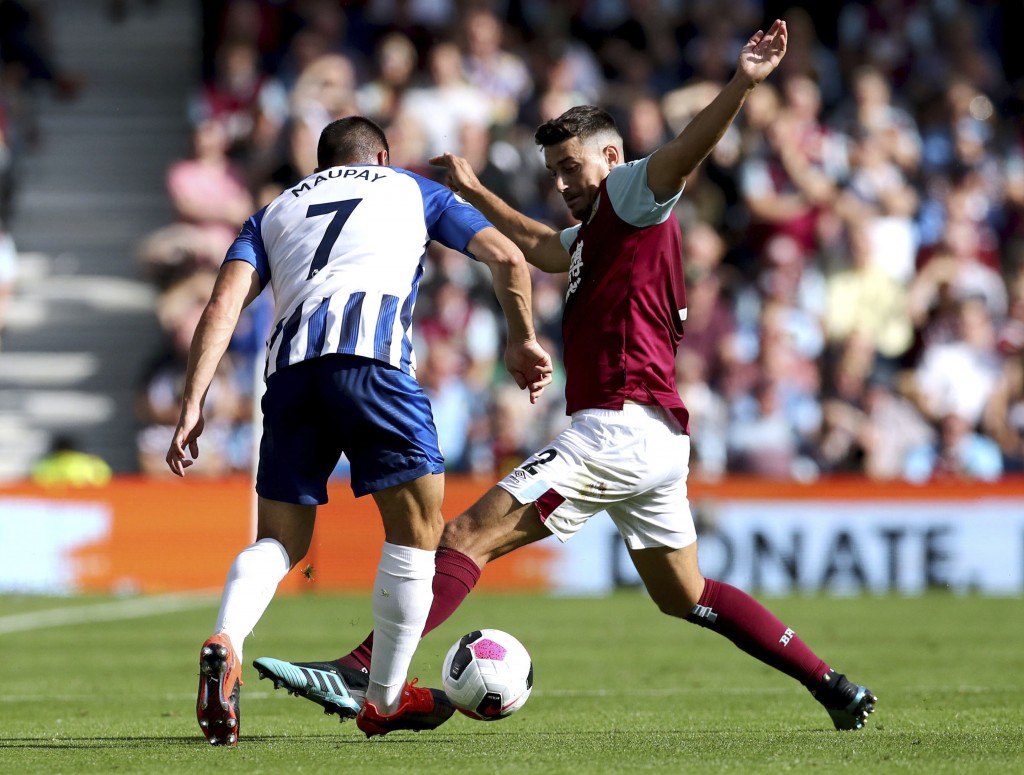 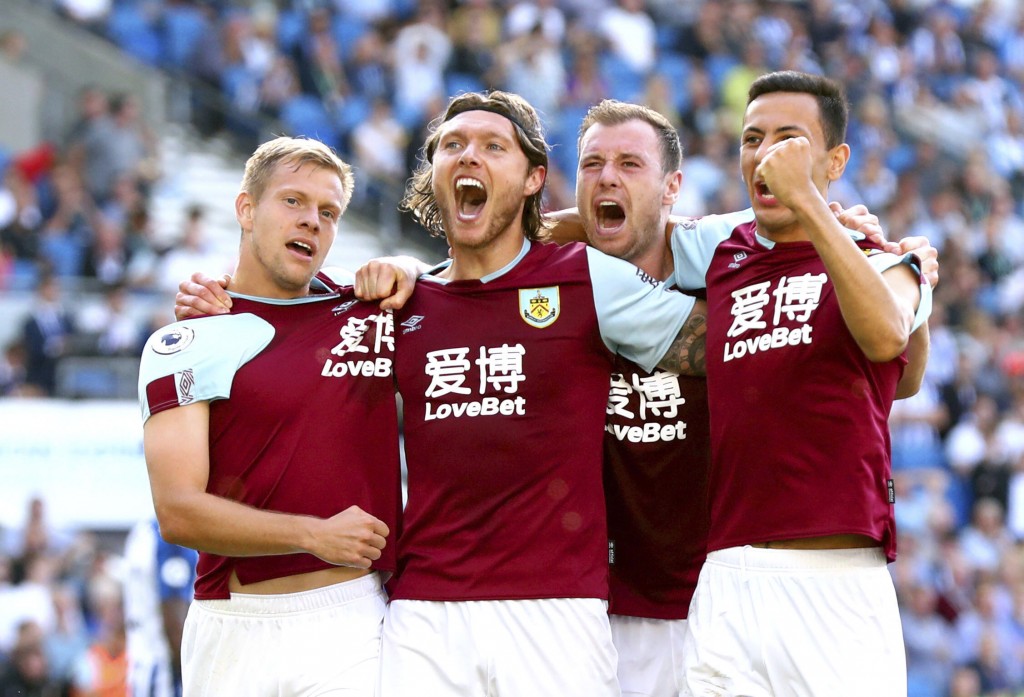 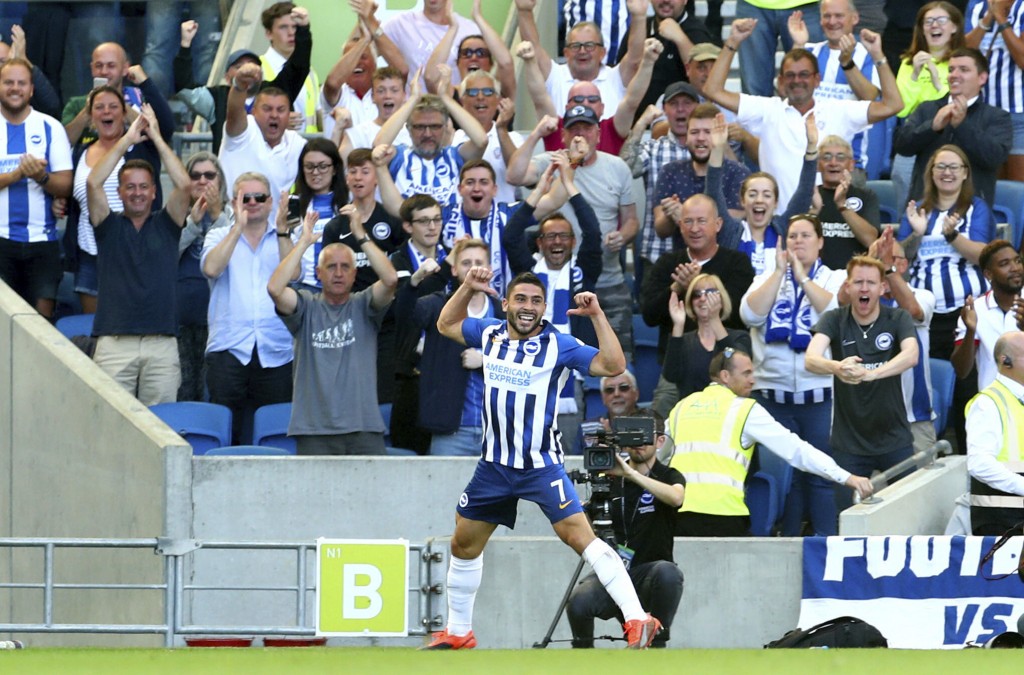 BRIGHTON, England (AP) — Brighton had to settle for a 1-1 draw with Burnley in the English Premier League on Saturday after Jeff Hendrick's stoppage-time goal canceled out Neal Maupay's volley.

Hendrick had played just four minutes of Premier League soccer this season before Saturday, but showed no sign of rust in blasting a shot from long distance past Brighton goalkeeper Mathew Ryan.

Brighton had seized the lead in the 51st minute when Maupay showed good technique to score from the edge of the penalty area.

It was the fourth league game without a win for both Brighton and Burnley, who won on the opening day but haven't done so since, and left Brighton without a home win in eight games dating back to March.