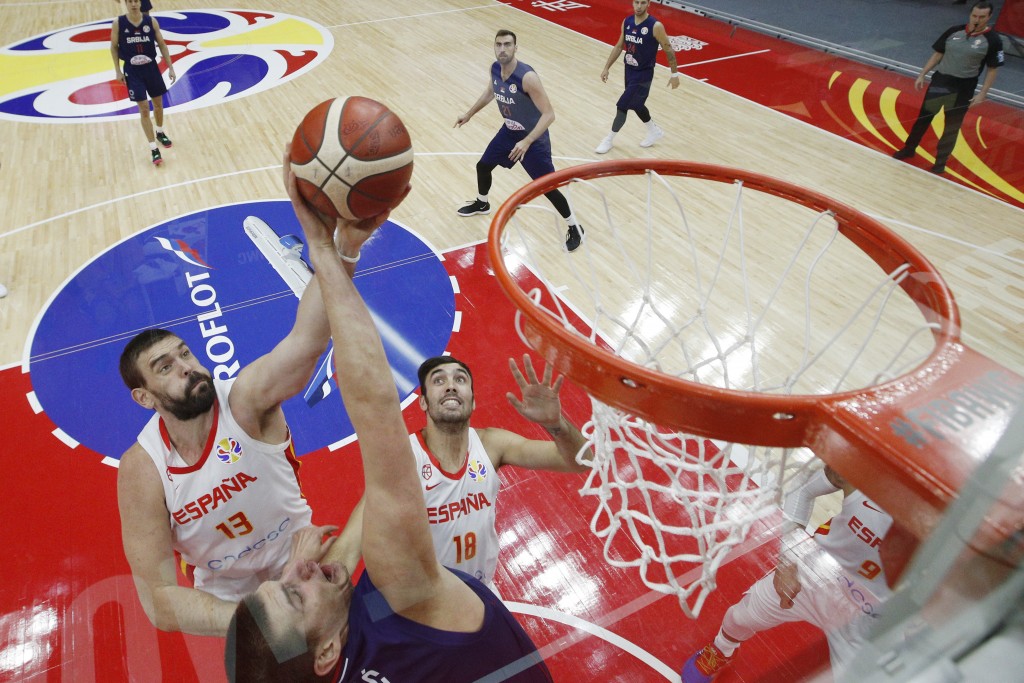 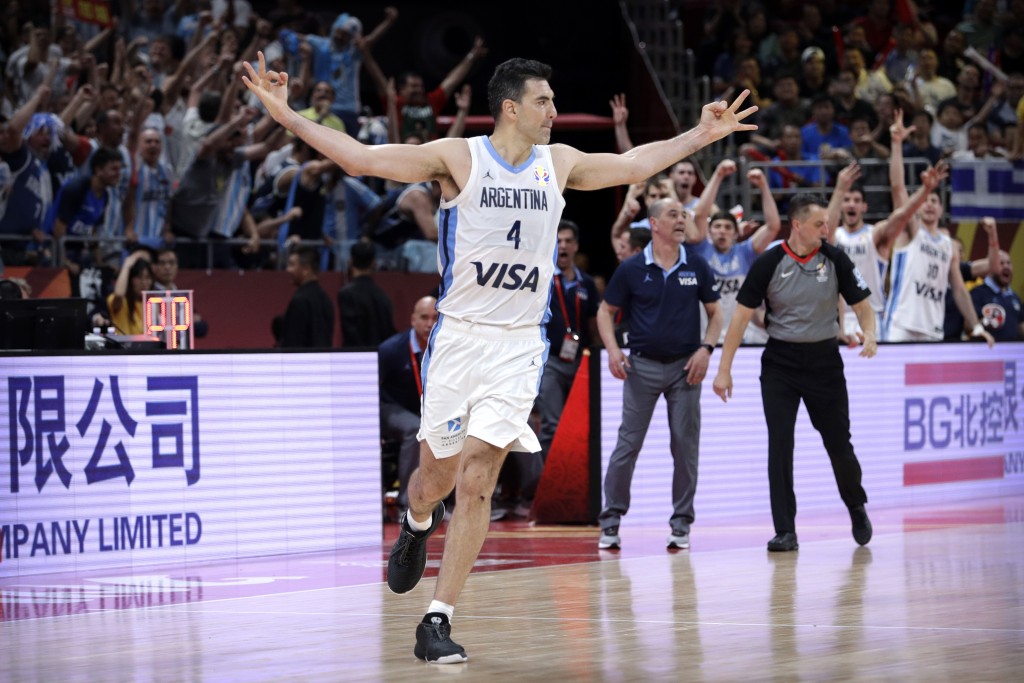 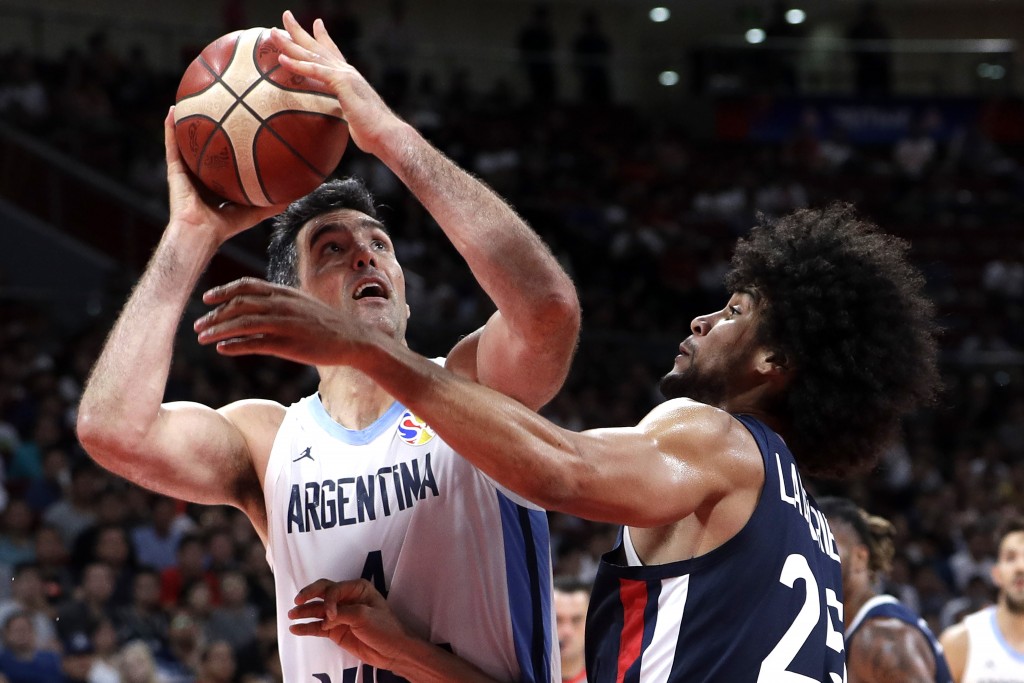 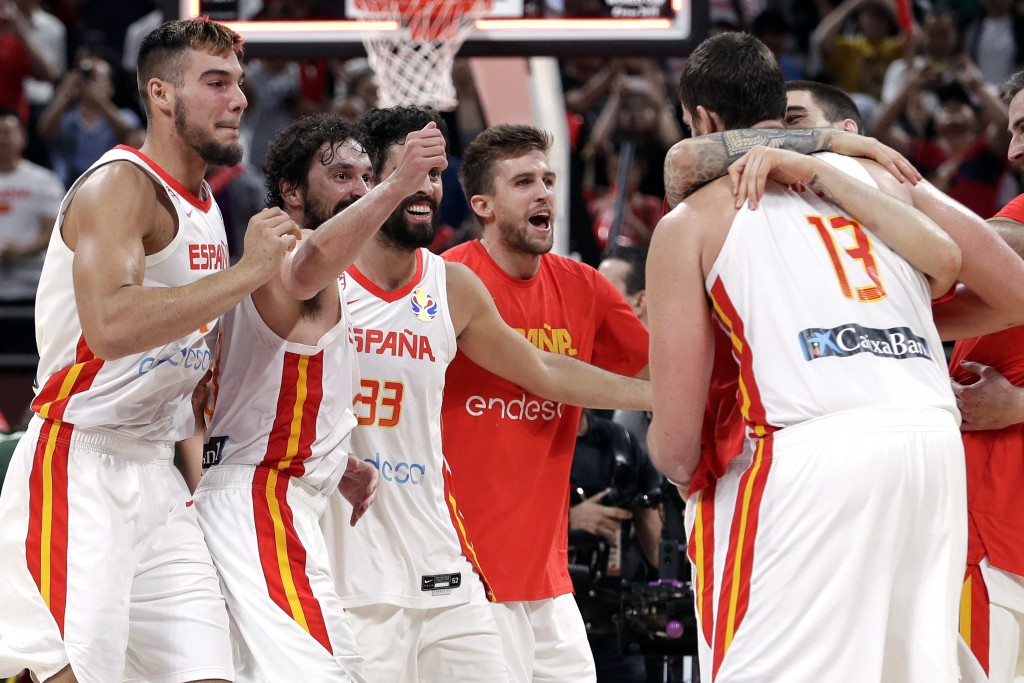 Those are the only five players to win an NBA title and a gold medal in the same year, whether it was in FIBA or Olympic competition, with Pippen doing it twice.

It is an exclusive club — one that Marc Gasol is on the cusp of joining.

A mere three months after helping the Toronto Raptors win the NBA Finals, Gasol has led Spain to the gold medal game at the World Cup. It'll be Spain against Argentina on Sunday, with both nations looking for their second title. Spain won the world championship in 2006 when Gasol was a 21-year-old backup, and Argentina won the inaugural tournament in 1950.

"I'm so deep in the rabbit hole right now that I don't get to see much light," Gasol said. "You're so focused on your opponent, your next rival, recovering, doing whatever's necessary to win games that you don't look at the big picture. It's been great. I'm very fortunate.

"I knew that committing to the national team this summer would not be easy physically. But it's so worth it, and not just because we're in the final game."

He simply willed Spain into the final game.

Gasol scored 33 points — his career-high for any of the 18 FIBA-sanctioned or Olympic tournaments he's played over the last 18 years — in Spain's double-overtime win against Australia in the semifinals. He gave up his NBA offseason to be part of this team, a group that failed to medal at the last World Cup in Spain five years ago, and knows he might not have too many more years left on the international stage.

"It's the responsibility of passing along that commitment, that loyalty to the team," said Gasol, who still remembers the thrill of getting invitation letters from the Spanish federation to be part of youth teams when he was 11 or 12. "Those values that we were taught so many years with the older players, now it's our turn to pass on the legacy to the next generation. And that's not talent, that's just commitment."

Argentina has one of those passing-legacy-on players, too.

Luis Scola, 39 years old, was part of the team that won gold for Argentina at the 2004 Athens Olympics — and he's been the best player for his team at the World Cup. He scored 28 points in the semifinal win over France, and on a team that has flashy guards who aren't afraid to throw behind-the-back passes in any situation Scola has been the steadying force in the biggest moments.

"I'm only 27," France center Rudy Gobert said as he lauded Scola after the semifinal matchup. "Maybe when I'm 39, I'll know the secrets that Scola knows."

Here's some of what to know going into Sunday's final:

Pippen's double-gold years came in 1992 and 1996 with Chicago. Jordan's was in 1992 with the Bulls, James' was in 2012 with Miami and Irving's was in 2016 with Cleveland — all of those being Olympic years. Odom played on the U.S. world championships team in 2010, after his Los Angeles Lakers won that year's NBA Finals.

Spain and Argentina are the only unbeaten teams left in the World Cup, each 7-0 so far. This is the fourth time that the gold medal will be decided in a game between unbeaten teams. The others: U.S. over Turkey (both 8-0 entering) in 2010, Spain over Greece (both 8-0) in 2006, and Argentina over the U.S. (both 5-0) at the first world championship in 1950.

The next World Cup is in 2023, running from Sept. 1 through Sept. 17 in three different nations — the Philippines, Japan, and Indonesia. It'll be the first time the tournament is held in multiple countries.