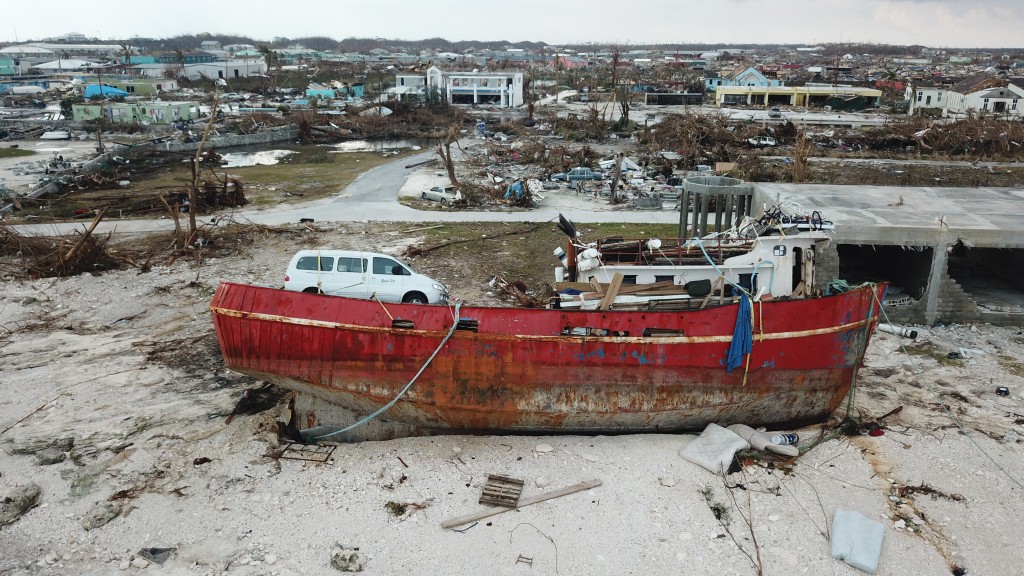 MCLEAN'S TOWN, Bahamas (AP) — The latest on the aftermath of Hurricane Dorian in the northern Bahamas (all times local):

A tropical depression has formed near the Bahamas and is likely to bring heavy winds and rain to islands already hit hard by Hurricane Dorian.

The U.S. National Hurricane Center says the depression formed Friday afternoon and could become a tropical storm by Saturday.

Late Friday afternoon, the storm was centered about 240 miles (385 kilometers) east-southeast of Freeport on Grand Bahama Island and moving northwest at 8 mph (13 kph). It had maximum sustained winds of 30 mph (45 kph).

Officials in the northern Bahamas islands already batted by Hurricane Dorian to seek shelter as a new storm system heads for the area with heavy rains and winds.

Kwasi Thompson is minister of state for Grand Bahama island and he warned Friday that the system will affect the entire island. In his words, "As previous storms have taught us, things change very quickly. We want residents to take it seriously."

The U.S. National Hurricane Center says the cluster of heavy thunderstorms is expected to become a tropical depression or storm later in the day and hit the central and northwestern Bahamas with winds and heavy rains before moving along the east coast of Florida on Saturday.