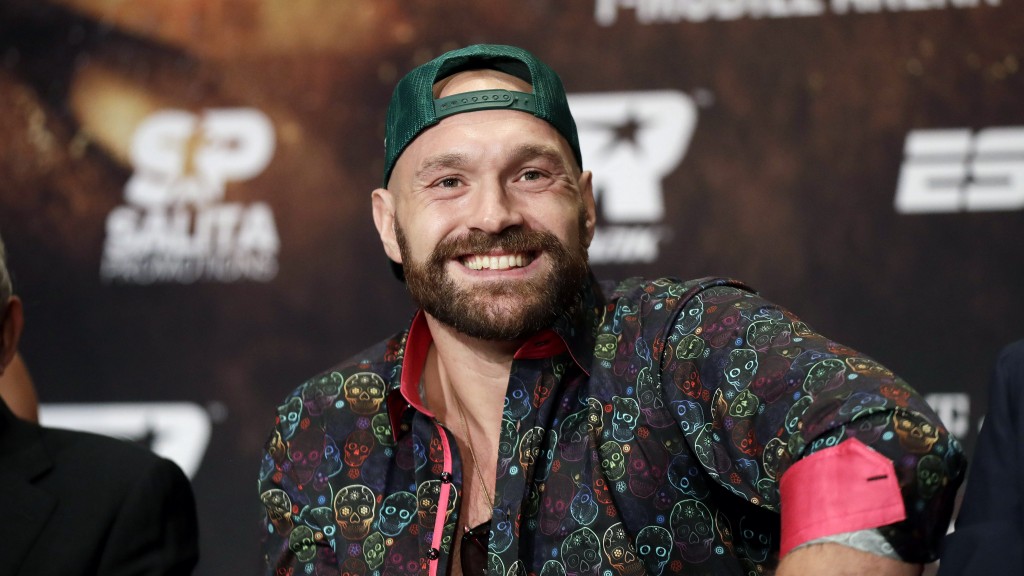 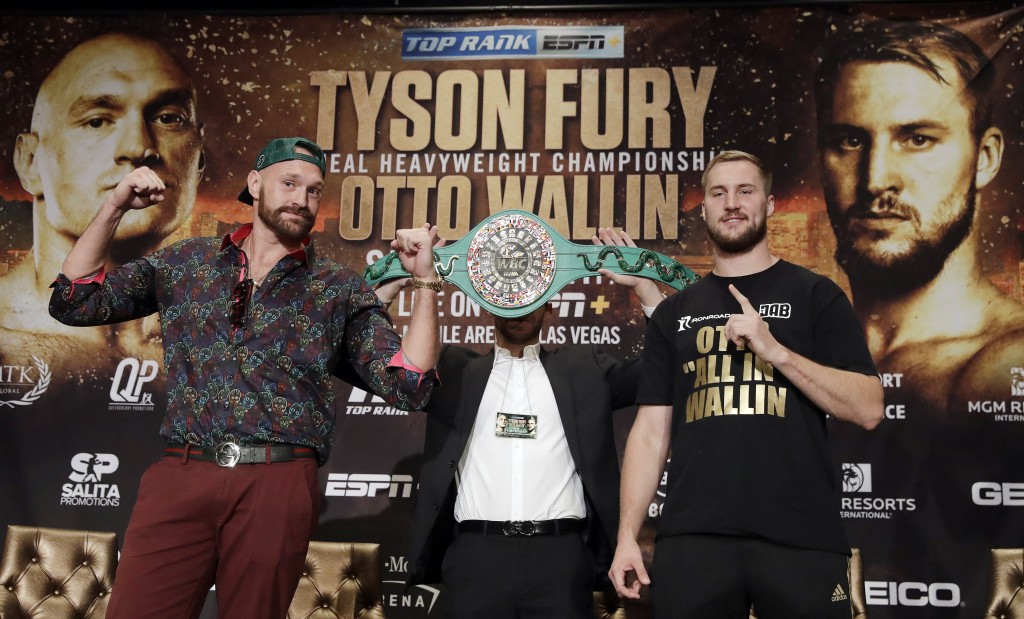 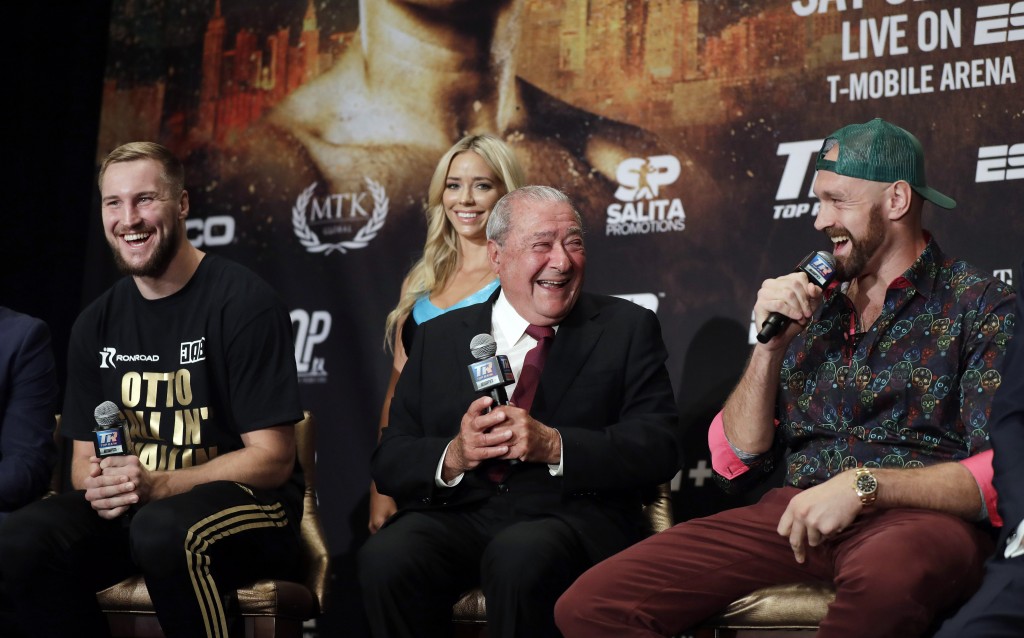 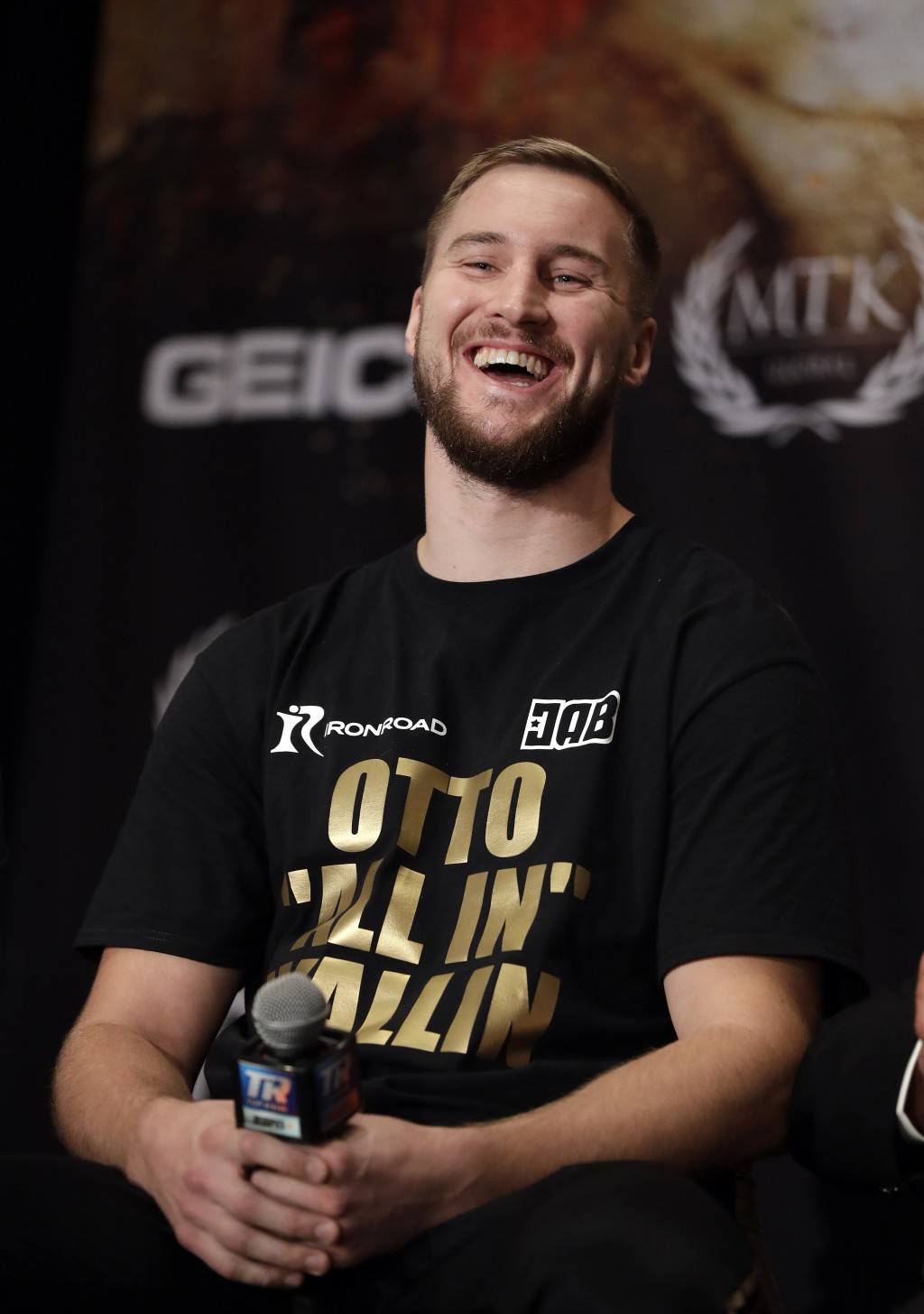 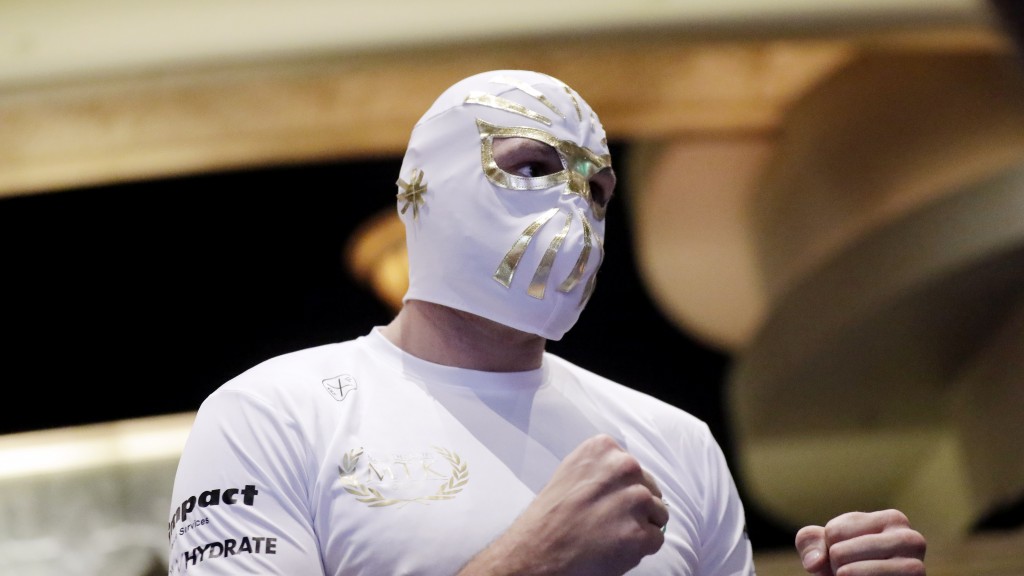 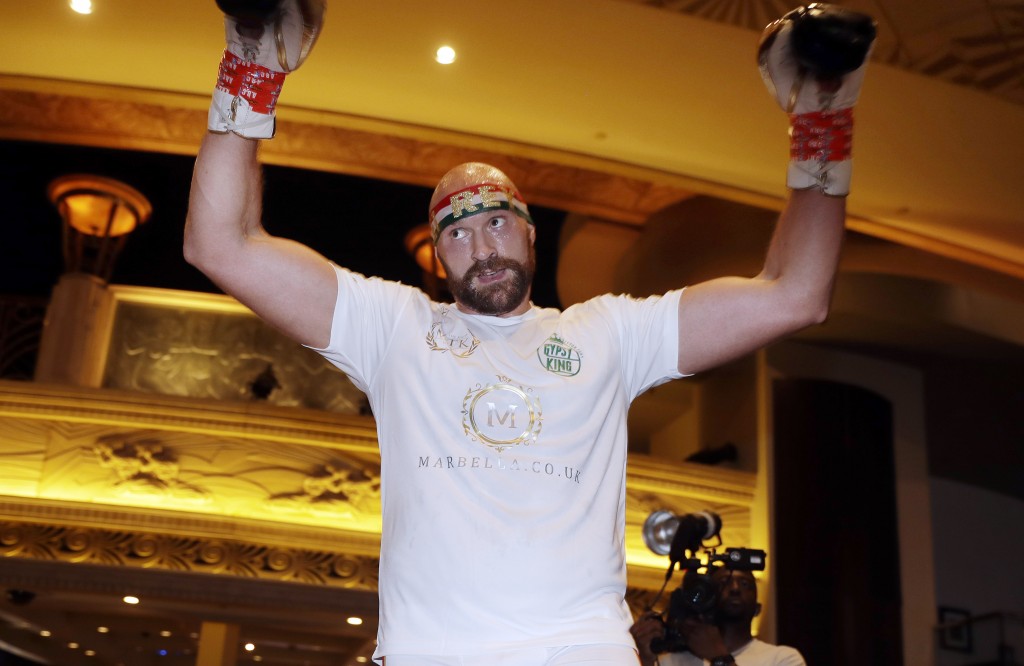 LAS VEGAS (AP) — Tyson Fury ended Wladimir Klitschko's long reign as heavyweight champion and showed how Deontay Wilder could be beaten, only to leave the ring with a draw.

Lately, though, Fury has been treading more carefully. Perhaps too carefully for a man who considers himself the heavyweight champion of the world.

Fury fights his second straight no-name opponent Saturday night, taking on Sweden's Otto Wallin in a scheduled 12-round fight. The big Englishman is a huge favorite in a bout that seems little more than a chance for Fury to break a sweat and collect a payday while awaiting a scheduled February rematch with Wilder.

"The unknown is more exciting," Fury said of his latest opponent. "But the fact is I don't underestimate anybody. I give everybody the ultimate respect. I've trained hard for this fight, as hard as I've trained for any fight."

Fury hasn't exactly been taking on the stars of the heavyweight division since fighting to a draw in December against Wilder — a fight he would have won had he not been knocked to the canvas in the final round. But he is filling airtime for promoter Bob Arum as part of a deal with ESPN, as well as giving American fight fans another chance to catch his always entertaining act.

Not that he's terribly concerned about Wallin or what he brings to the ring. Fury said this week he knows little about the Swedish fighter, who is undefeated but has rarely ventured out of his home country or fought any top opposition.

If any fighter can be given a pass for his recent level of opposition, though, it's Fury. He hasn't ducked tough fights in the past — Klitschko and Wilder in particular — and wants to fight as often as possible because training every day helps keep his many demons away.

So he enters the ring for his second fight in this boxing town in three months, the first a second round knockout over equally unknown German Tom Schwarz.

"I've going from being very depressed and down and out to being the lineal champion of the world fighting in Las Vegas two times," Fury said. "It's fantastic for me."

Fury's troubles have been well documented, from a huge weight gain after beating Klitschko in 2015 to contemplating suicide to heavy use of drugs and alcohol. He didn't fight for more than two years after winning the title but is now in the middle of a comeback in what has become an interesting heavyweight division.

At 6-foot-9, he is a towering sight in the ring, and though he's not known for big punching power he does possess boxing skills more generally seen on much smaller fighters. He hasn't lost in 28 pro fights, though he seemed on the verge of losing to Wilder after being knocked flat on his back in the final round.

Fury said he thought he won 10 of the 12 rounds against Wilder in Los Angeles, controlling most of the fight behind his right jab. The draw was the first blemish on his record, but Fury said he didn't take long to put it in the past.

"I was never upset about the draw. I understand boxing, I understand politics," he said. "It's not the first time it's every happened and it surely won't be the last. Neither of us lost an O and we get to do it again. We get paid twice for one fight actually."

Fury and Wilder have both signed for the rematch, but both need to win interim fights first. That means beating Wallin, who is a 25-1 underdog despite being unbeaten in 20 fights.

"It's a dream come true for me," Wallin said. "I come from a small place in Sweden and now I'm here in the big stage. I'm well-schooled, I've got good offense, good defense. I think I have what it takes to pull an upset."