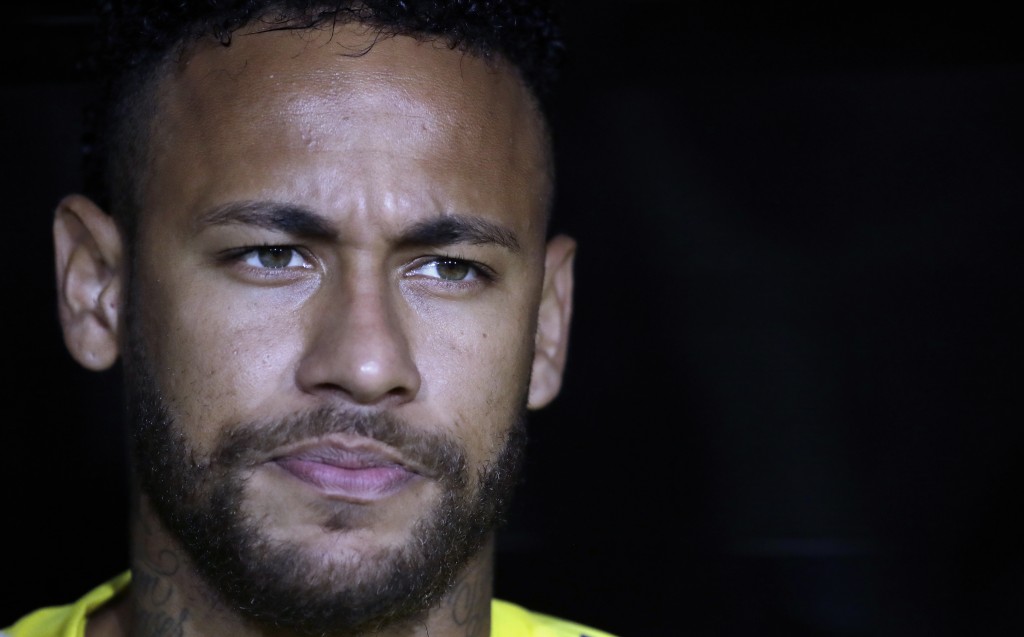 PARIS (AP) — Neymar is set to make his Paris Saint-Germain return after being included in the squad for Saturday's French league game at home to Strasbourg.

Neymar has played for Brazil but not for PSG this season. The 27-year-old forward sat out four league games as he pushed for a move back to Barcelona during the summer transfer window.

PSG and Barcelona — which two years ago sold Neymar for a world record 222 million euros ($246 million) — could not reach an agreement over his transfer following lengthy talks, and Neymar is now starting his third season with the French champion.

"I'm counting on him," Tuchel said. "It's necessary that he comes back."

It could be a tense atmosphere in some sections of the crowd at Parc des Princes on Saturday, however.

Neymar's public desire to re-join his former club, along with an interview recounting how much he enjoyed playing in Barca's 6-1 humiliation of PSG in the Champions League in 2017, led to hostile chanting against him by PSG's ultras in a home game last month.

One banner held aloft during that game urged him to "Get Lost".

Neymar may also not relish facing Strasbourg again. When the teams met in the French Cup in January, he limped off injured in a physical contest.

Meanwhile, new signing Mauro Icardi could make his debut after joining on a season's loan from Serie A side Inter Milan, after a difficult last season with the Italian team. The problems began in January in a contract dispute, and he was then stripped of the captaincy.

Tuchel said the Argentina striker lacks match fitness and is not likely to start the game.

"Maybe we can use him tomorrow," Tuchel said. "But I'm not sure he can play 90 minutes or even 60 minutes."