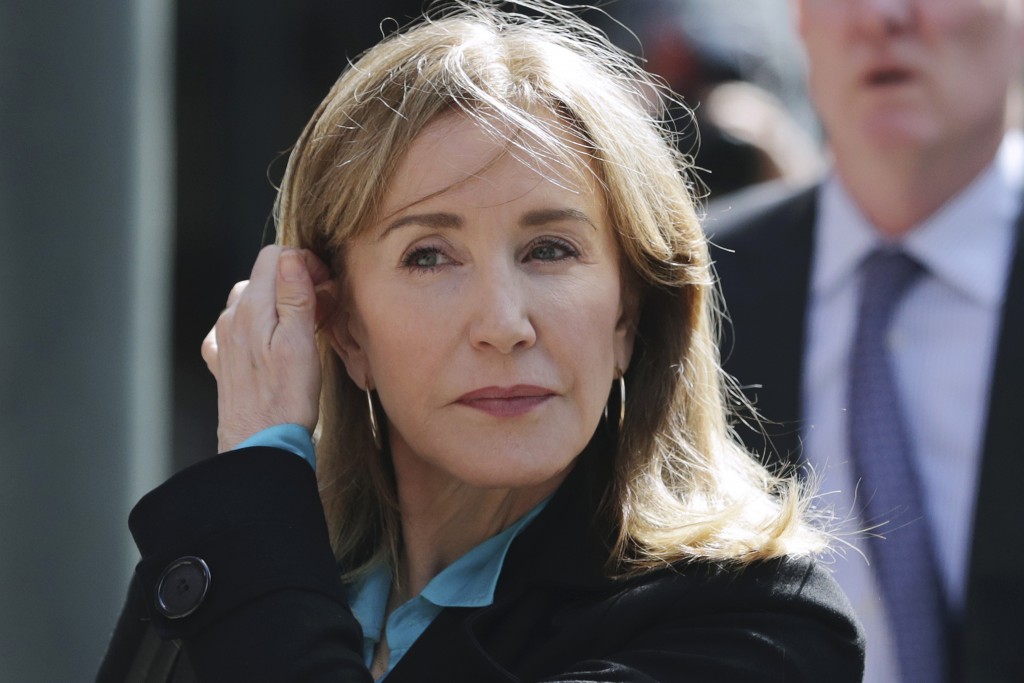 BOSTON (AP) — The Latest on the sentencing of actress Felicity Huffman in the nationwide college admissions bribery scam (all times local):

A federal judge says the size of the bribes paid by parents in a college admissions scam will not influence the severity of their punishments.

U.S. District Judge Indira Talwani issued the decision Friday only hours before actress Felicity Huffman was scheduled to be sentenced for her role in the scheme.

The decision settles a dispute about how sentences should be calculated. Prosecutors argued that bribe amounts should be a factor, while the court's probation office says it's not appropriate in this case.

Huffman has admitted to paying $15,000 to rig her daughter's SAT scores in 2017. Prosecutors are asking for a month in prison, while her lawyers recommend a year of probation.

Others scheduled to be sentenced in coming weeks pleaded guilty to paying bribes as high as $400,000.

Actress Felicity Huffman is returning to court to be sentenced for her role in a sweeping college admissions bribery scandal.

The "Desperate Housewives" star is scheduled to appear in Boston's federal court Friday after pleading guilty to a single count of conspiracy and fraud in May.

She has admitted to paying an admissions consultant $15,000 to have a proctor correct her daughter's SAT exam answers in 2017.

Huffman says she has "a deep and abiding shame" for her actions but was only trying to be a good parent. She's the first parent to be sentenced among 34 charged in the scheme.