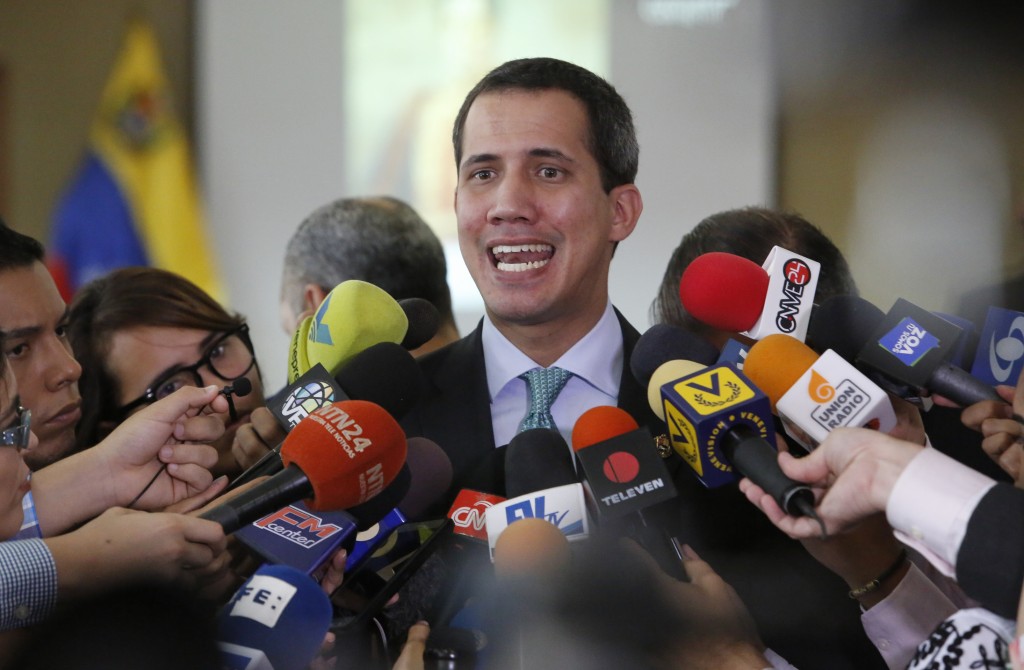 CARACAS, Venezuela (AP) — Venezuelan opposition leader Juan Guaidó is refuting allegations that he has ties to an illegal armed group in Colombia after photos were published on social media purportedly showing him posing with two members of a criminal gang.

The photos were allegedly taken in late February when Guaidó crossed into Colombia and made a surprise appearance at a concert organized by billionaire Richard Branson aimed at helping deliver humanitarian aid to Venezuela.

Guaidó told Colombia's BLU radio Friday that he took photos with many people that day and has no way of knowing each individual's background.

Colombia's military has confirmed that the two men seen in the photographs are members of a criminal gang known as the Rastrojos.

The spat over the photos comes amid escalating tensions between Colombia and Venezuela.