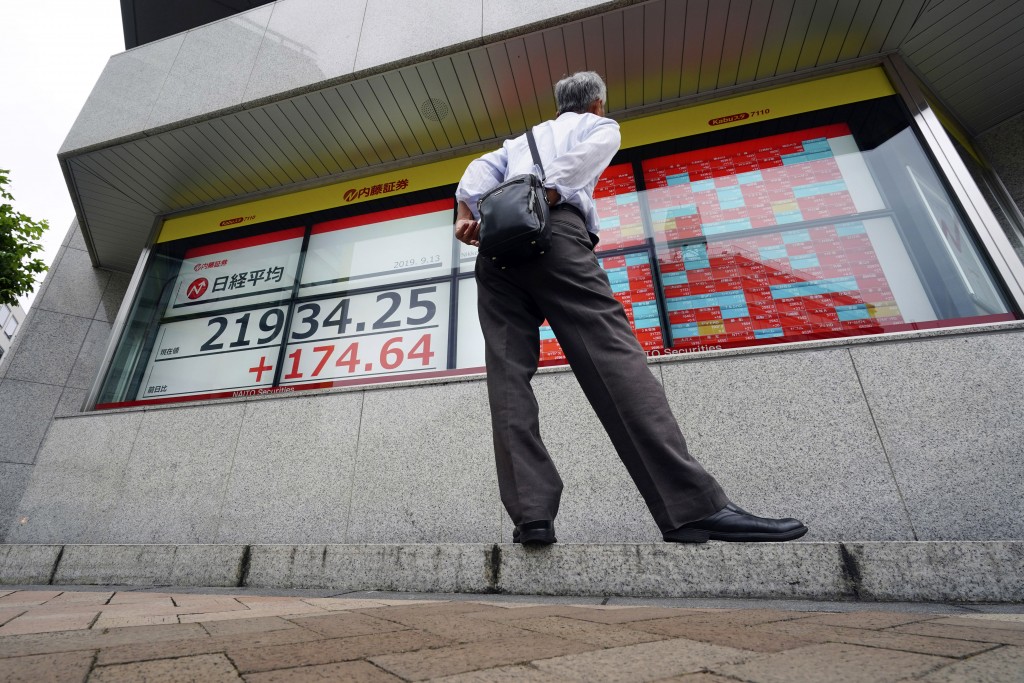 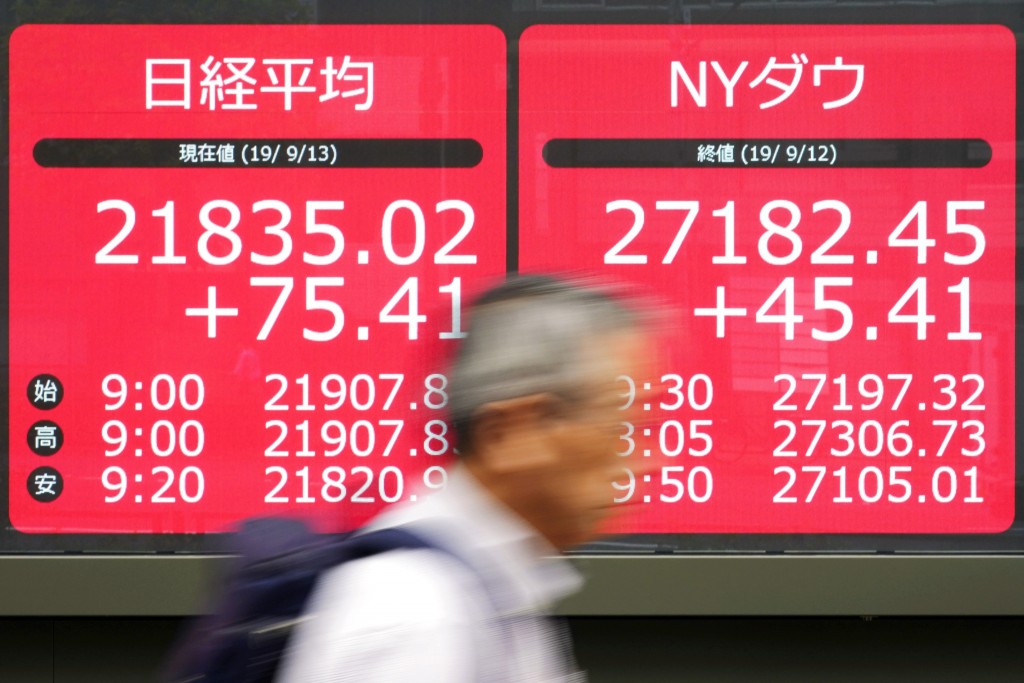 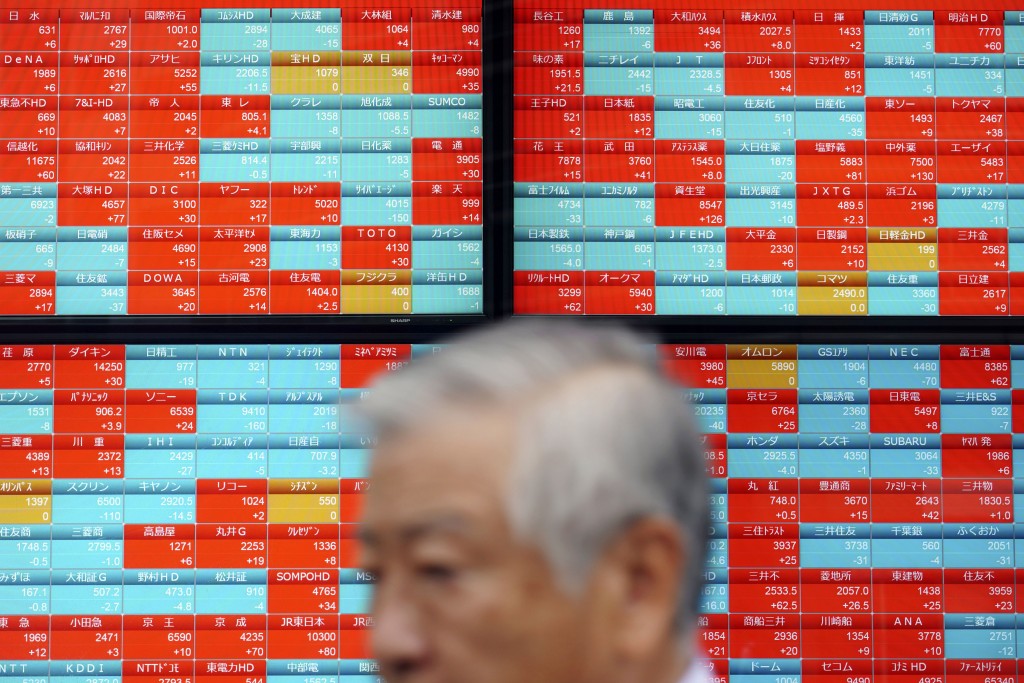 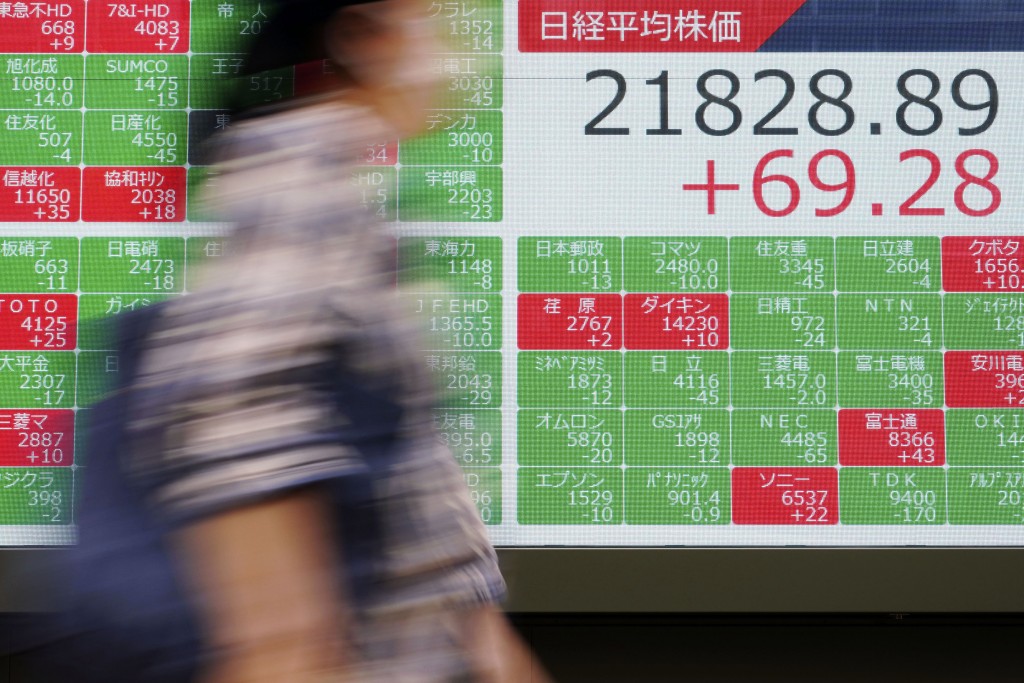 BANGKOK (AP) — Stocks were broadly higher in Asia on Friday as investors stepped up buying on hopes for an easing of tensions in the costly trade war between the U.S.

Overnight, stocks rose on Wall Street after the U.S. and China took steps to ease tensions in their costly trade war.

The U.S. agreed to delay another round of tariffs on Chinese imports by two weeks to Oct. 15. Meanwhile, Chinese importers have asked U.S. suppliers for prices for soybeans, pork and other farm goods — a sign they might step up purchases of American agricultural products.

The gestures stoked cautious optimism that the next round of trade talks in October between Washington and Beijing may lead to some progress after a string of failed attempts at resolving the longstanding dispute.

The U.S.-China talks have basically gone nowhere since early May, when the two sides appeared close to a deal. Along the way, the countries have slapped import taxes on hundreds of billions of dollars' worth of each other's products.

Financial markets were rattled in August as the trade conflict escalated yet again, fueling worries that more tariffs and a slowing global economy could bump the U.S. into a recession. The economic uncertainty has also become a drag on companies.

The two countries' conciliatory moves Wednesday and Thursday have raised hopes on Wall Street that the upcoming round of trade negotiations may yield a different outcome than previous attempts, given the toll the friction is having on both economies.

"The goodwill moves also highlight the political pressure that both sides are under in response to the economic damage the trade war is causing," Shane Oliver of AMP Capital said in a commentary. "President Trump in particular looks to be getting nervous at increasing signs that the trade war is impacting the US growth outlook and the risk this poses to his re-election next year."

Benchmark crude oil fell 11 cents to $54.98 per barrel in electronic trading on the New York Mercantile Exchange. It lost 66 cents to settle at $55.09 a barrel on Thursday. Brent crude oil, the international standard, dropped 16 cents to $60.22 a barrel.