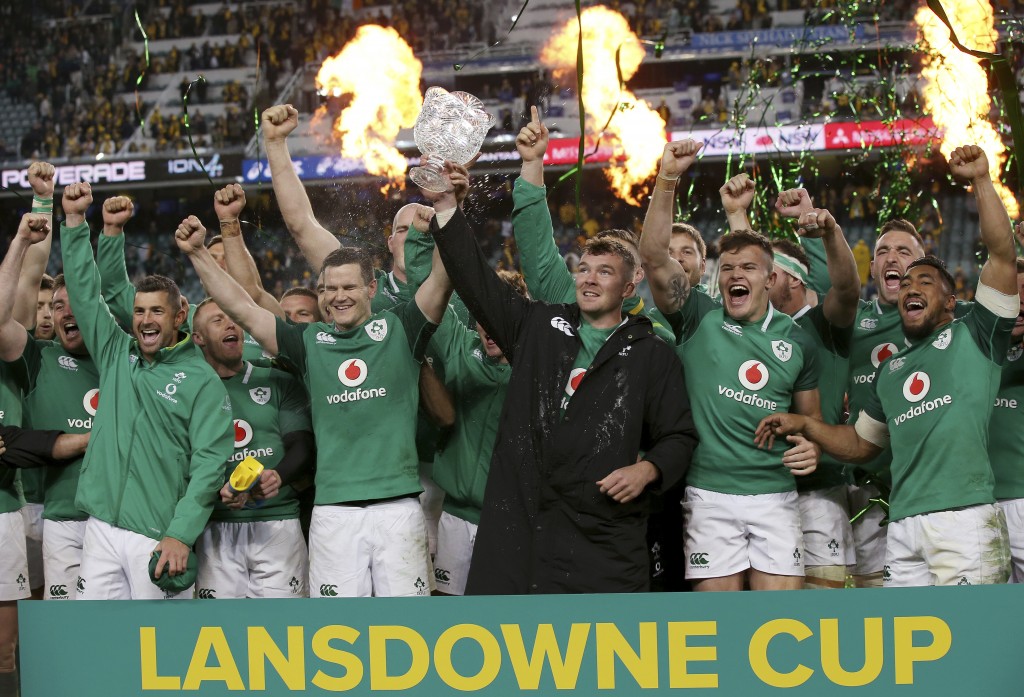 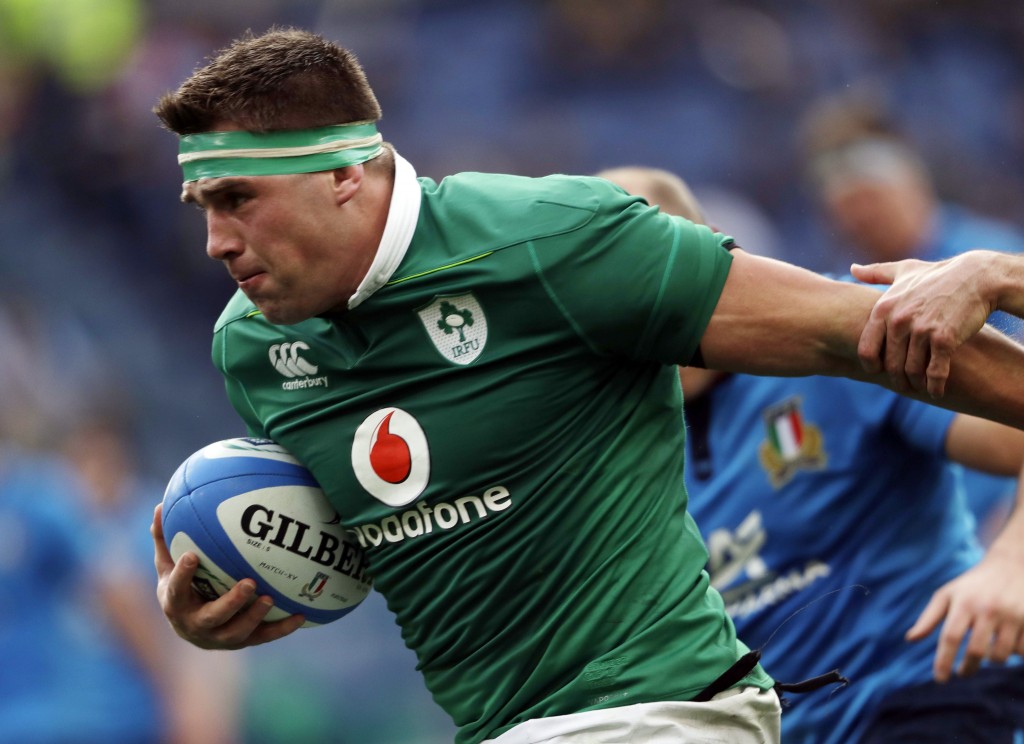 After his top-ranked All Blacks lost to the Irish last November in Dublin, coach Steve Hansen hailed Ireland as the best team in the world.

The 16-9 win capped the greatest year in Irish rugby: A Six Nations sweep, a first series win in Australia in 39 years, a first home win over New Zealand in 113 years.

World Rugby bestowed on Ireland the trifecta of team, coach, and player of the year honors.

The good vibes lasted for 76 days, until England showed up at Lansdowne Road in February and brought the Irish plummeting to earth in a crushing defeat to open the Six Nations. Wales beat them again to clinch the title, and doubts swirled about Ireland's ability to win the Rugby World Cup.

Less than a month out, those concerns were amplified when the Irish went to Twickenham and were blown away by England 57-15. It was only a warmup game but they were embarrassing. Coach Joe Schmidt explained away the dismal display on his players being "heavy-legged" from a training camp in Portugal.

Finally, the Ireland of 2018 showed up in the eighth test of the year in the last warmup against Wales this month. The 19-10 win wasn't pretty but it was certainly intense, as the Irish physically bullied Wales, and kept the visitors scoreless in the second half.

Schmidt demanded a performance to restore confidence, to ensure they went to Japan in a good mood and with some momentum. The pack gradually dominated the Welsh, recently sidelined halves pairing Conor Murray and Jonathan Sexton cleared out the cobwebs, and centers Bundee Aki and Robbie Henshaw enjoyed decisive moments.

"We've got a performance we can be proud of," Schmidt said, with no little relief.

Wales coach Warren Gatland, after hoping to derail Ireland's World Cup hopes, brushed aside the result publicly. In the same revisionary way, Schmidt downplayed Ireland's modest form this year, suggesting results were sacrificed to ensure his side was primed for winning its first World Cup title.

"We'd won three of the last five Six Nations, we didn't need another one of those," Schmidt said. "We need a semifinal in this big competition coming up. I don't know if you've done too much farming, but if you try to chase the whole herd, all you end up doing is chasing. But if you corral things and decide where your priorities are, I think you give yourself a better chance."

The vagaries of the World Rugby rankings, based on appoints exchanged system between the competing teams in each test, meant the victory lifted Ireland to No. 1 for the first time. It feels out of whack. Last year, Ireland was clearly the best team without the ranking to show it. This year, the ranking says Ireland is the best team but without the results to show it.

Ireland has been off all year, as if hungover from last year's great deeds. The attack has particularly struggled. The highest score this year is 29, against Italy. Ireland put 56 and 54 on Italy last year. Winger Jacob Stockdale had eight tries in 10 tests last year. He has four in seven this year. Ireland has been playing closer to the ruck.

They ought to reach the quarterfinals in good shape as winner of Pool A from Scotland, Japan, Samoa, and Russia.

The Irish have never passed the quarterfinals, and here looms a crunch matchup against New Zealand or South Africa that could prolong their World Cup misery.

If so, the depth of the squad won't be an excuse. Schmidt drummed it into his employers after the 2015 World Cup that he was going to build depth. He went into the quarterfinal against Argentina without captain Paul O'Connell, Sexton, Sean O'Brien, Peter O'Mahony, and Jared Payne through injury or suspension, and was outclassed by the Pumas.

In his last days in the Ireland job, Schmidt has succeeded in his mission: Every position is covered with strong backup. They just need to lose that hangover.