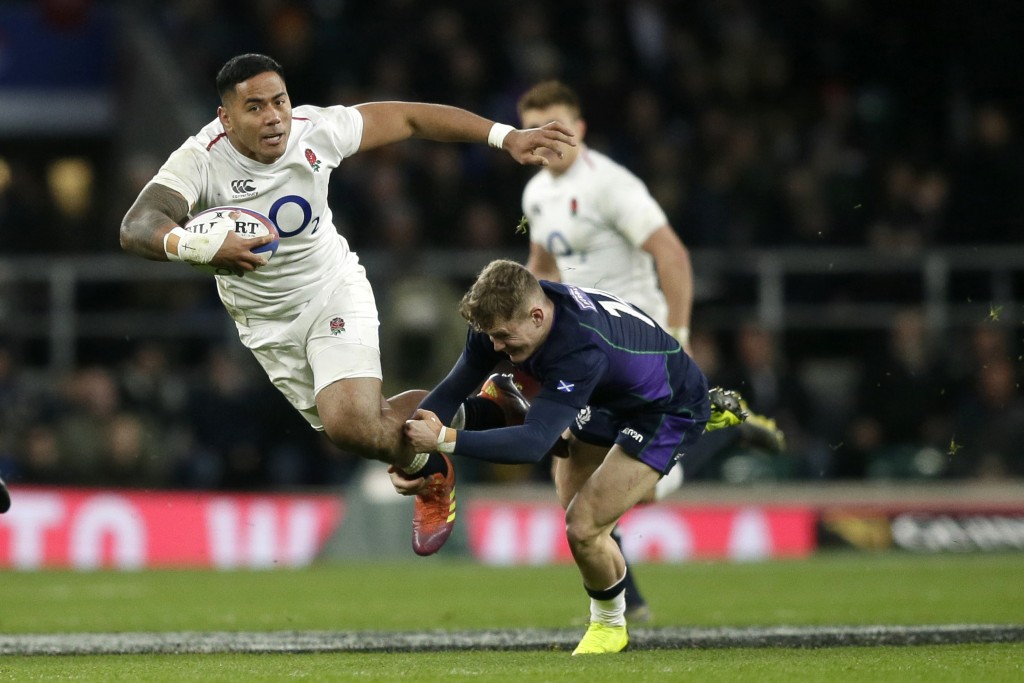 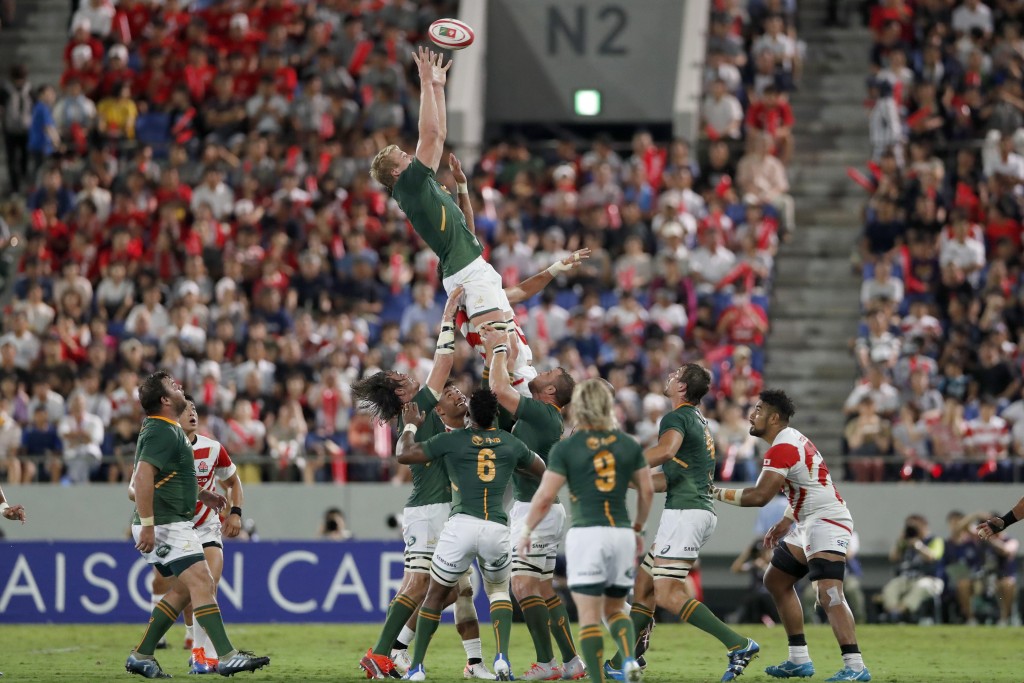 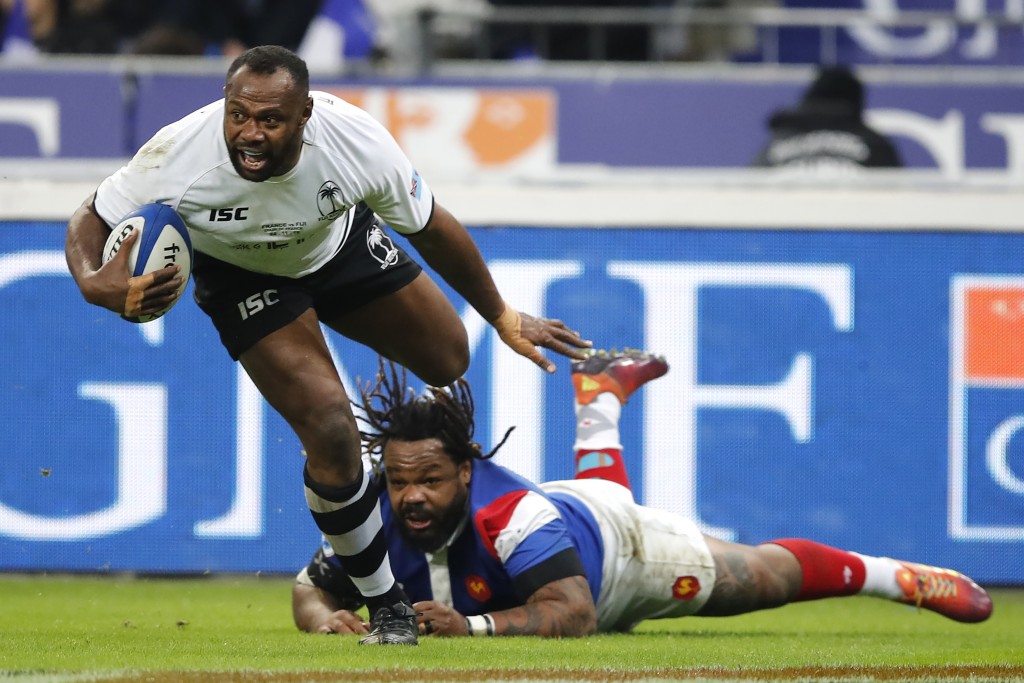 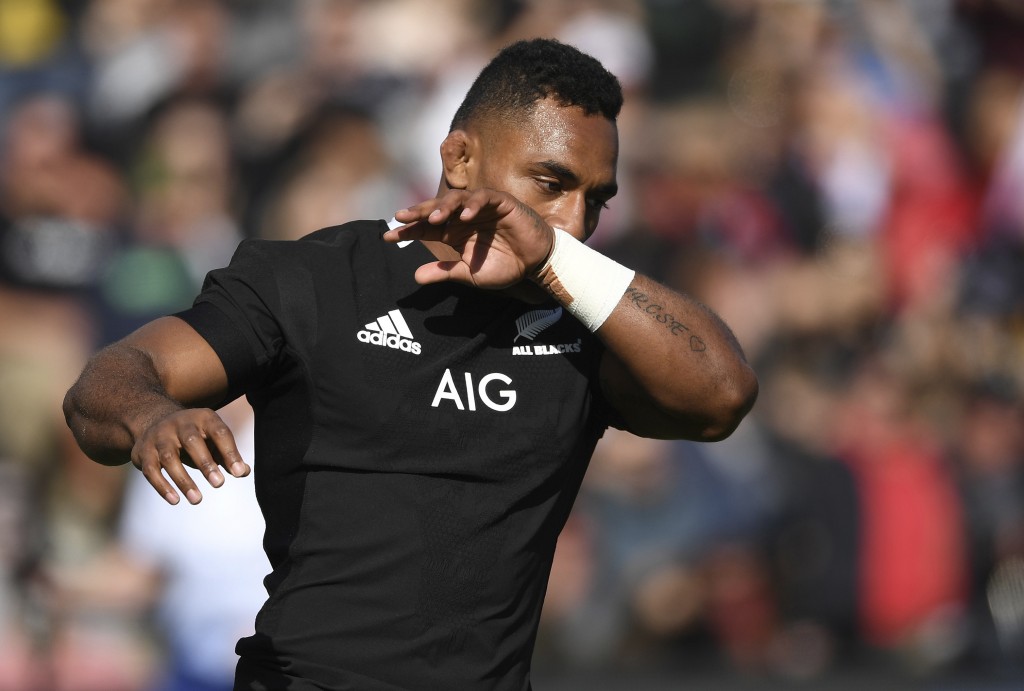 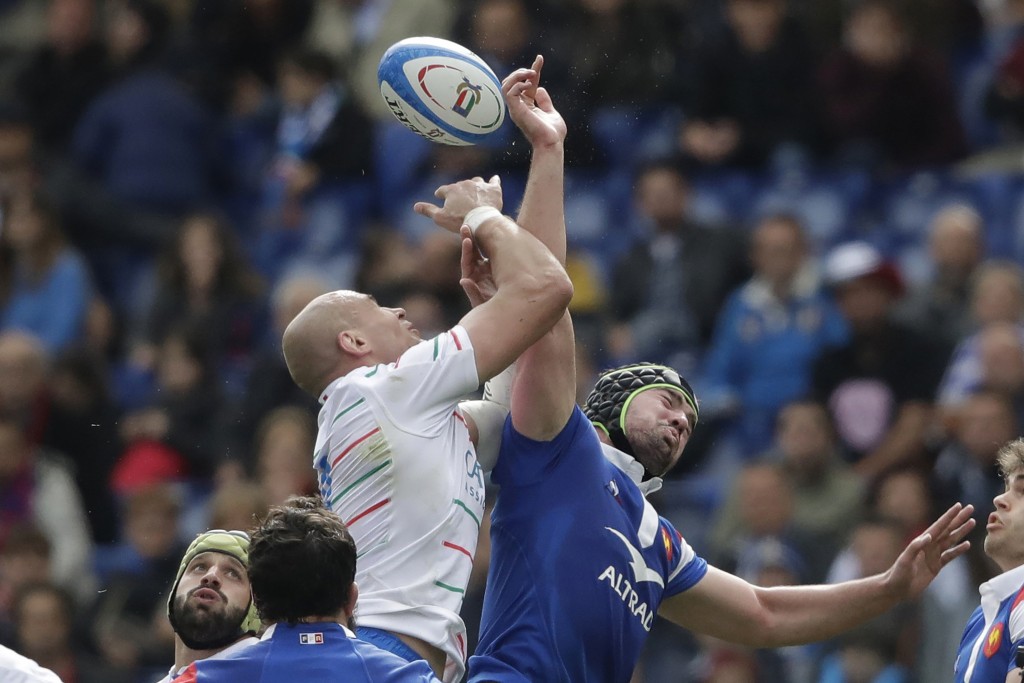 TOKYO (AP) — The Rugby World Cup has been a showcase for some of the best players in the game to shine since the first edition in 1987. Standout performances by players such as ex-All Blacks winger Jonah Lomu ensured that their image would long remain part of rugby's folklore.

Some of the biggest stars of the game never won the Webb Ellis Cup, and others produced cameo performances that transcended their team's results. Here are some players to watch at the 2019 edition in Japan:

"He will be a handful," England coach Eddie Jones said of Manu Tuilagi's likely impact at the Rugby World Cup. That could be a rare understatement from Jones, who is coaching with a fourth different country at a World Cup. Plagued by injury for the last five years, during which the center acknowledged he "wasn't honest with the physios," Tuilagi is back to almost full fitness and is back as a regular in the England team — something Jones has longed to see. His legs resembling tree trunks, the Samoa-born Tuilagi can barge over the gain line and punch holes in the meanest of defenses. He is a genuine game-changer, playing at inside or outside center. Jones, finally, might be able to field the midfield axis of Owen Farrell and Tuilagi beside flyhalf George Ford, giving England a bit of everything outside the scrum. England just has to pray Tuilagi stays fit.

The powerful Fiji wing and center who will be playing at his third World Cup, Goneva became his nation's leading test try-scorer this season and remains one of the world's most sought-after players at 35. The former sevens star was signed in July by London club Harlequins after previous stints as a marquee player for the Leicester Tigers and Newcastle Falcons. He was player of the year in Britain's Aviva Premiership in 2018. A power-lifter who weighs in at a sturdy 102 kilograms (225 pounds) without losing pace, Goneva became Fiji's top try-scorer with 22 tries from 55 appearances. Harlequins dismissed concerns about his age, noting "his mixture of strength and speed, coupled with his experience and his continued determination and desire to succeed." Fiji coach John McKee backed Goneva to overcome injuries and play a vital leadership role for Fiji at the World Cup.

Pieter-Steph du Toit comes from strong rugby stock. His father Piet was also a Springbok, playing as a prop in the 1950s and 60s. Pieter-Steph started out as a lock but was moved to the side of the scrum and has been a revelation, cementing his place in the Springboks lineup with a string of tireless performances. He does the hard work that a 6-foot-6, 120-kilogram blindside flanker is expected to do, carrying the ball often and making a prodigious amount of tackles each game. But the 27-year-old backrower has something more; outstanding stamina which means he often pops up to provide the last pass for a try, or makes a last-ditch try-saving tackle, or is chasing down a kick in the dying minutes.

His answer to how he kept going after taking and dishing out so many big hits in a particularly bruising test against Australia last year encapsulated his view on rugby.

"At the end of the game I sometimes ask if it's worth it," du Toit said. "But it's a happy pain when you win."

Du Toit was South Africa's player of the year last year and in 2016.

The All Blacks winger is a man who knows how to make the most of a second chance.

Fiji-born Reece's professional rugby career was almost over before it had properly begun when he was charged with assaulting his girlfriend. While Reece was discharged in October last year without conviction — a potential penalty for first-time offenders — he didn't escape without consequences.

He was dropped by Waikato province, then by Irish club Connaught with whom he had just signed a professional contract. Reece was handed a second chance by the Super Rugby champion Crusders, who signed him for the 2019 season as a replacement for Israel Dagg. Reece went on to become the season's leading try-scorer with 15 and won All Blacks selection, making his test debut against Argentina.

His international call-up was contentious, drawing criticism that it rewarded domestic violence. Coach Steve Hansen said Reece is determined to become a better person. He has already become a better player, scoring two tries in three tests to date.

Five years since washing dishes in the countryside, Grégory Alldritt is pushing for a World Cup starting spot as France's No. 8.

If his surname sounds rather British — and it would do so without the accent on é — it is because his grandparents lived in Aviemore in the scenic Scottish highlands. He spent a summer there in his teens, doing the dishes in a climbing center in return for board and access to the facilities.

The first two came during an impressive cameo against Scotland at the Six Nations, the other in the 32-3 home win last month.

He was outstanding in that game, making 13 runs with the ball and two offloads. He didn't back off in defense, either, with 14 tackles.

For a No. 8, Alldritt has very quick hands and is also able to spot gaps. His attacking flair appears suited to the style of play France is trying to develop — notably using more width and greater movement.

He may not play against Scotland at the World Cup, but could make a name for himself against other sides.