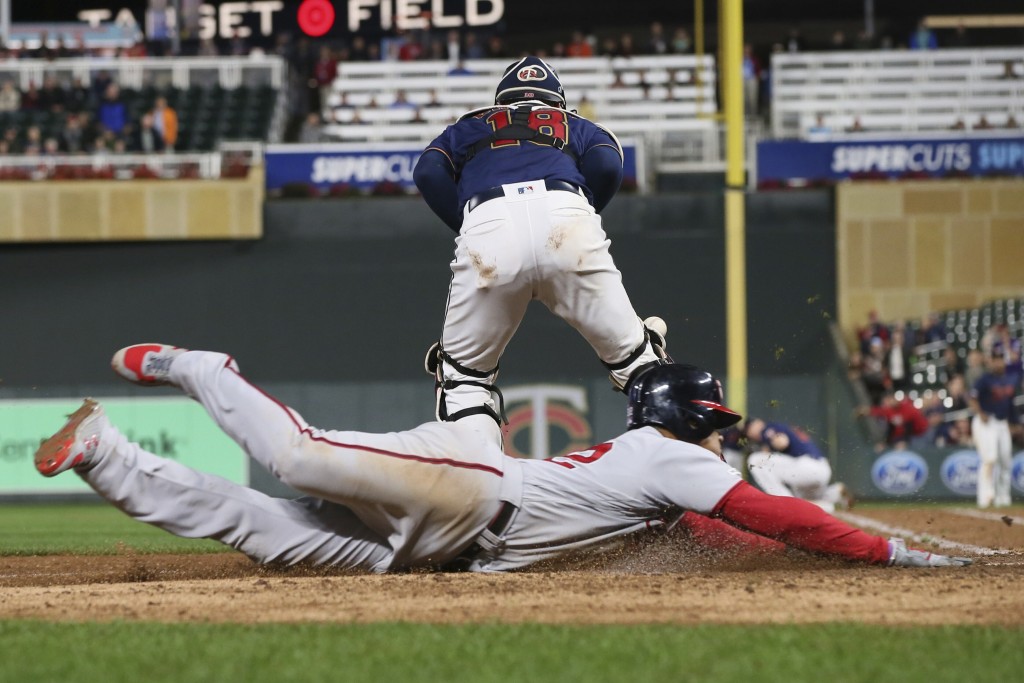 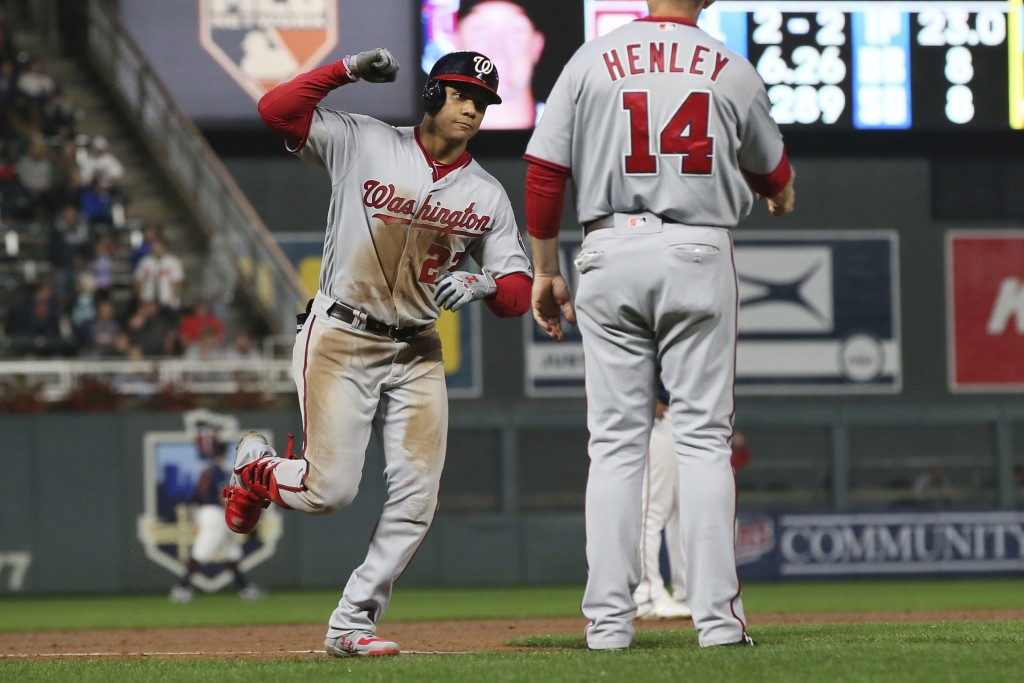 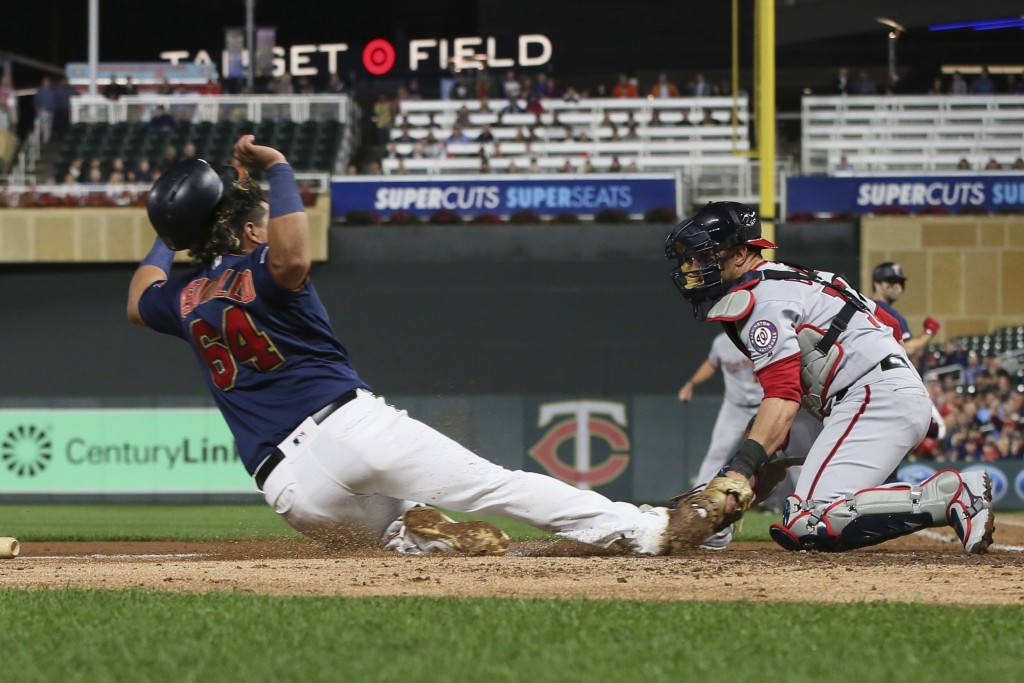 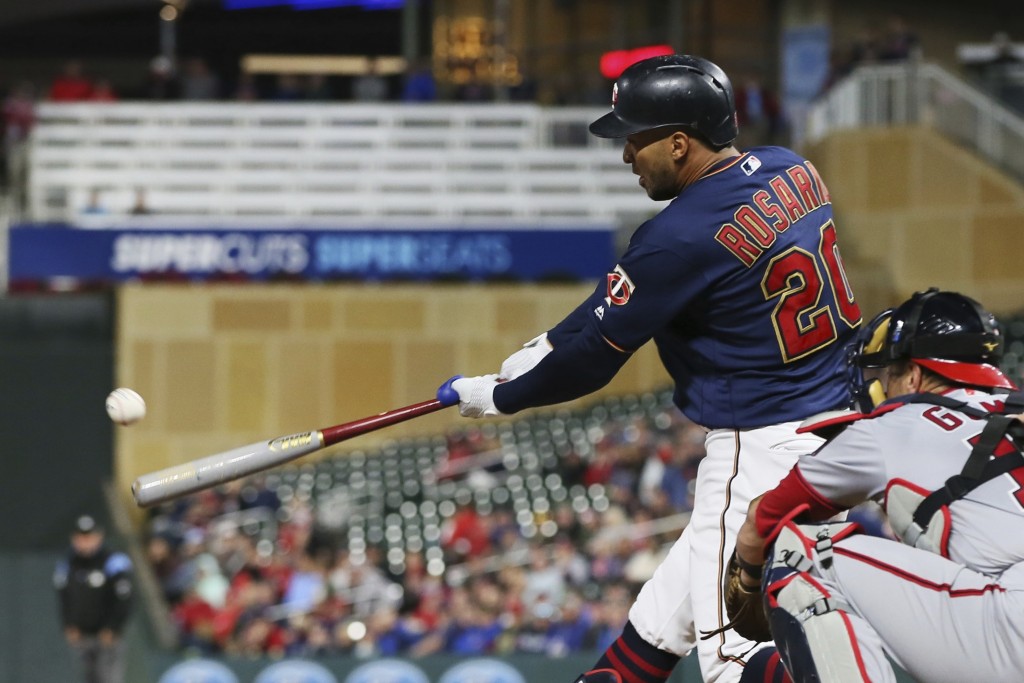 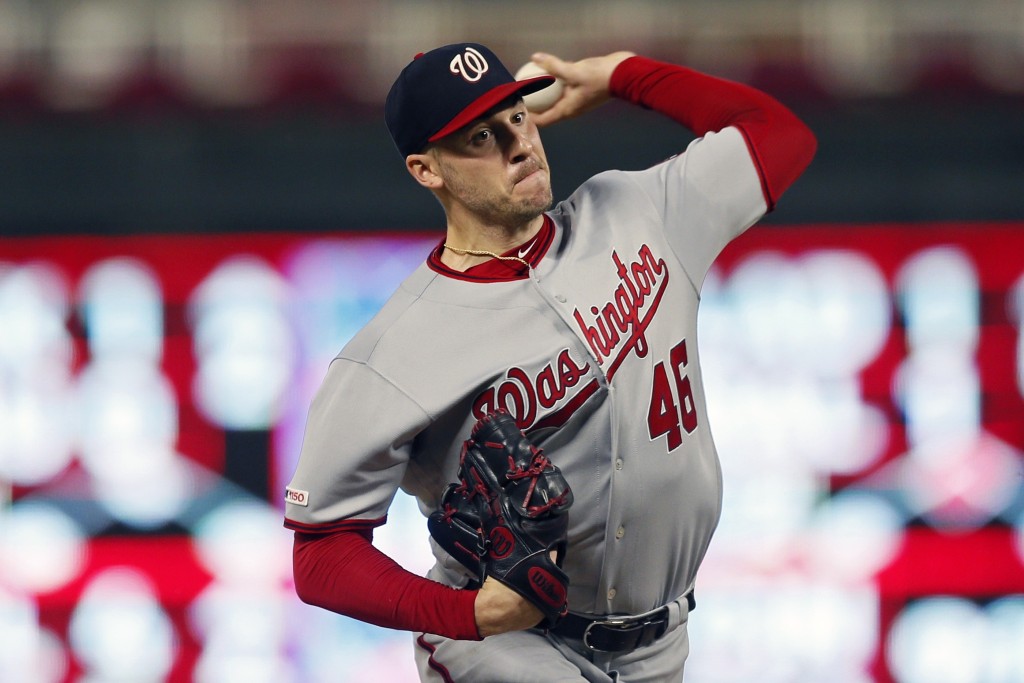 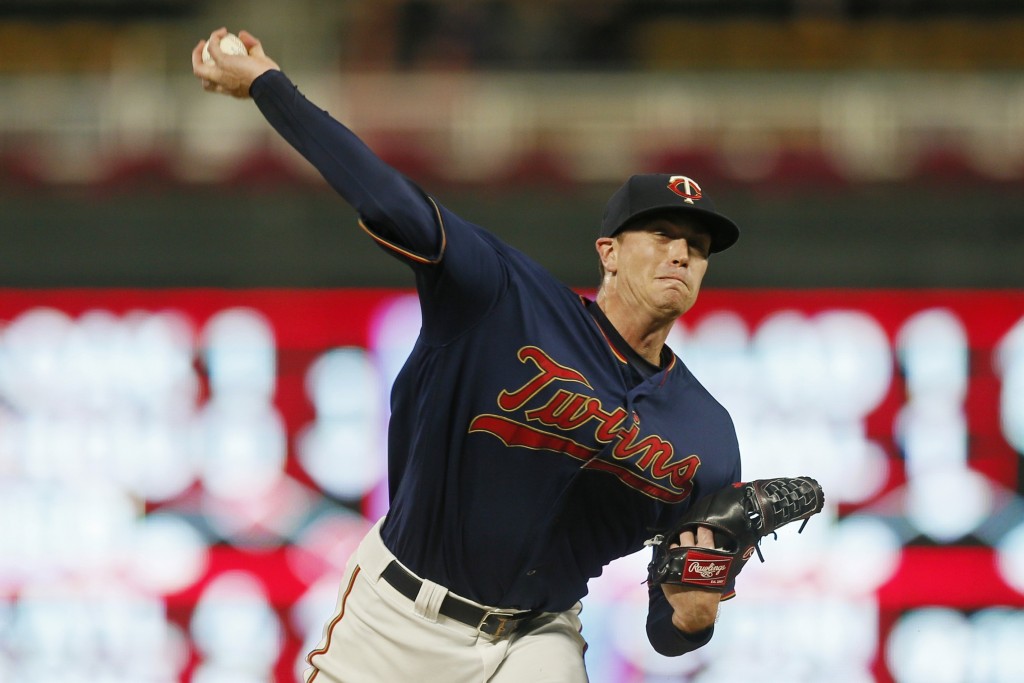 MINNEAPOLIS (AP) — Anthony Rendon and Juan Soto each homered and drove in three runs as the Washington Nationals beat Minnesota 12-6 Thursday night and cut the Twins lead in the American League Central to 3 ½ games ahead of a critical series in Cleveland.

Adam Eaton and Yan Gomes also homered and Asdrúbal Cabrera added two run-scoring hits for the Nationals, who maintained their 3 ½-game lead for the top NL wild-card spot over the Chicago Cubs and Milwaukee Brewers.

Minnesota's divisional lead fell for the second straight game as the Twins head to Cleveland for three-game series beginning Friday, the final games between the teams this season. Cleveland was idle Thursday. The Twins lost three games off their lead in the last five days.

Nelson Cruz hit Minnesota's one homer off Corbin in the third, his 36th, an estimated 454-foot blast into the restaurant above the batter's eye in center field. Jonathan Schoop added another homer in the 8th.

Twice this season, Gibson quietly visited the Cleveland Clinic for treatment. Earlier this week Gibson said he felt better with rest and a change of medication.

"We know what Gibby's been dealing with," Twins manager Rocco Baldelli said before the game. "He's always found a way to go out and do his job very well. He doesn't complain when he probably could. I think this little break was very nice, much needed, and will definitely help him out going forward through the rest of the year."

The Nationals added four runs in the sixth off reliever Kohl Stewart to put the game out of reach. The big blows were Rendon's two-run double and Soto's two-run, opposite-field homer to left. It was Soto's 34th homer; Rendon hit his 33rd in the first.

The game began after a 50-minute weather delay.

Twins: All-Star shortstop Jorge Polanco did not start because of an emergency dental procedure earlier in the day, but pinch-hit in the 8th. Polanco has played 139 games, more than any other Twin, lately with a sore middle finger on his right hand. "Many times we tried to get him a day (off), and we had to go to him the morning of the game and tell him we needed him to play because other guys were dealing with other things we could not work around," Baldelli said.

Twins: Utility infielder Ehire Adrianza left the game after two innings with a right oblique strain. Miguel Sano (sore back) and Max Kepler (sore left shoulder) took swings in the indoor batting cage, but did not play. Marwin Gonzalez (oblique strain), Sam Dyson (sore right biceps) and Jake Cave (left groin strain) remain out. "I'm not sure when we're going to have the entire group out there playing at the same time," Baldelli said. "Hopefully it's a matter of days."

Nationals: Max Scherzer (10-5, 2.56 ERA) opens a three-game series with the Braves at Nationals Park, facing Mike Soroka (11-4, 2.67) for the second consecutive start. Scherzer's ERA is more than one run higher with Yan Gomes catching (3.44) than the injured and unavailable Kurt Suzuki (2.08).

Twins: Jake Odorizzi (14-6, 3.60) opposes Cleveland in the first of three critical games with the team chasing the Twins for the AL Central lead. Odorizzi pitched effectively to no decision against the Indians in his last start, allowing two runs in 5 1/3 innings in a 5-3 Twins victory at Target Field.