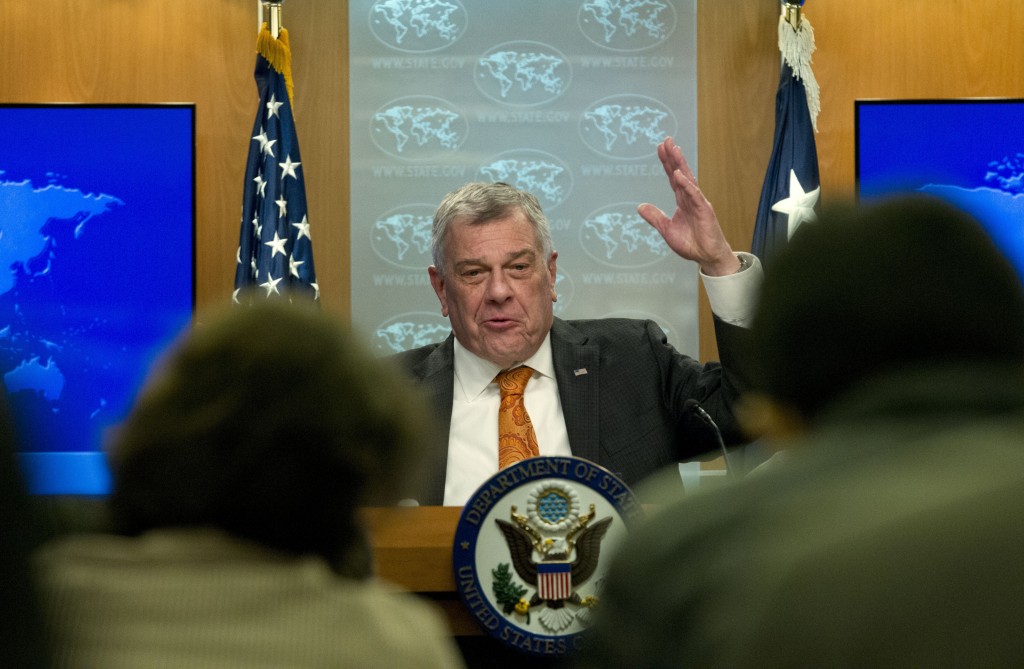 BOGOTA, Colombia (AP) — The new acting head of U.S. diplomacy toward Latin America is a seasoned envoy who once floated the idea of going into Chile unilaterally to snatch a politically powerful general who was behind the murder of a leftist politician in Washington in the 1970s.

The State Department announced Thursday that Michael Kozak will take over responsibility for the Western Hemisphere department a month after Kimberly Breier resigned.

The appointment suggests the U.S. will continue to pursue a hard line against socialist Venezuela, even after President Donald Trump fired hawkish national security adviser John Bolton, saying there were strong disagreements over Iran, Afghanistan and a cascade of other global challenges. Kozak has beendeputy to Elliott Abrams, the U.S. special envoy on Venezuela, and played a major role in shaping U.S. policy on Venezuela this year.

On Thursday, Trump tweeted: "My views on Venezuela, and especially Cuba, were far stronger than those of John Bolton. He was holding me back!"

Trump's comment came a day after foreign ministers from the 19 countries in the Inter-American Treaty of Reciprocal Assistance were called to meet later this month to assess options in responding to the Venezuela crisis. The treaty lists military action as one of the options available if the peace of the hemisphere is threatened, but the U.S. has said the goal of the meeting will be to address the crisis from a new framework and not a military intervention.

Kozak's decades-old proposal to at least consider grabbing the fugitive general in Chile could embolden some hawkish parties who want to see the U.S. intervene militarily to oust Venezuelan President Nicolas Maduro.

Considered a staunch defender of human rights, Kozak wrote a cable in 1991 to the then assistant secretary of state for inter-American affairs, Bernie Aronson, with six different options for bringing to justice Gen. Manuel Contreras, the head of the DINA secret police during Gen. Augusto Pinochet's 1973-1990 dictatorship in Chile. Contreras was responsible for ordering the 1976 car bombing in Washington that killed leftist former Ambassador Orlando Letelier and an American aide, one of the more stunning attacks by a foreign government ever carried out on U.S. soil.

The most radical of the six options was secretly going into Chile and snatching Contreras without the consent of the then democratic Chilean government. Kozak warned that option was "extremely dangerous," saying it "risks physical conflict with their law enforcement, killing innocent people, etc." It was in a diplomatic cable related to the Pinochet era that the U.S. government declassified in recent years as a sign of friendship to the Chilean people.

The proposal was discarded and Contreras ended up being convicted in Chile in 2005.

Kozak previously served as chief of mission in Havana in 1996-1999. He also took part in negotiating and implementing a deal to bring a democratic end to the conflict in Nicaragua in the 1980s and was a key player in diplomatic efforts to remove Gen. Manuel Noriega from power in Panama.