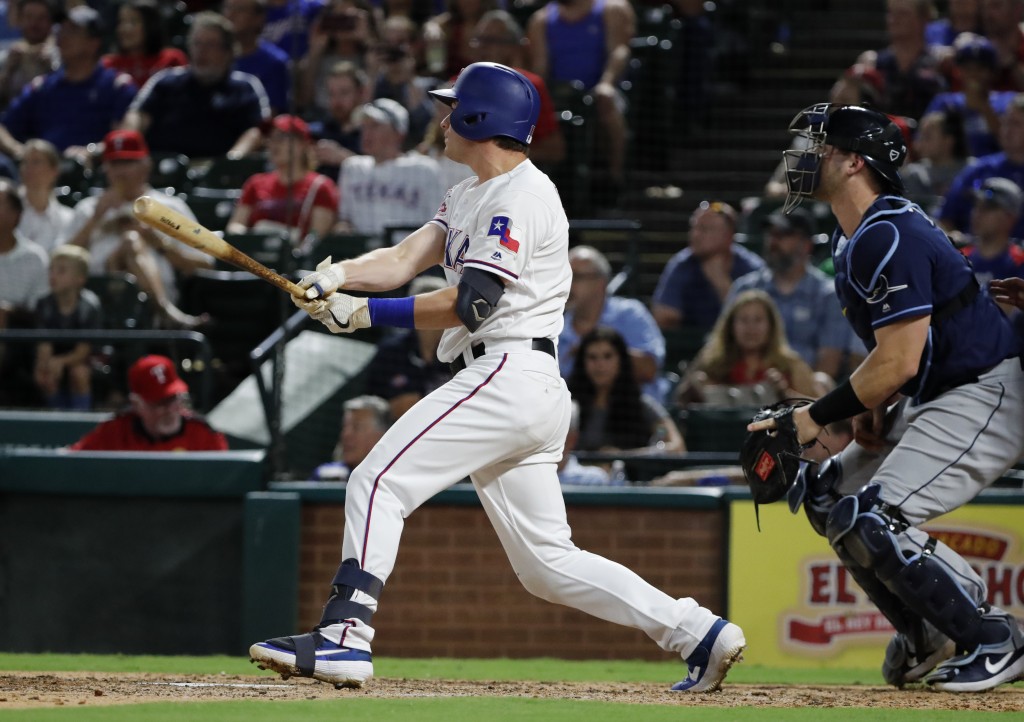 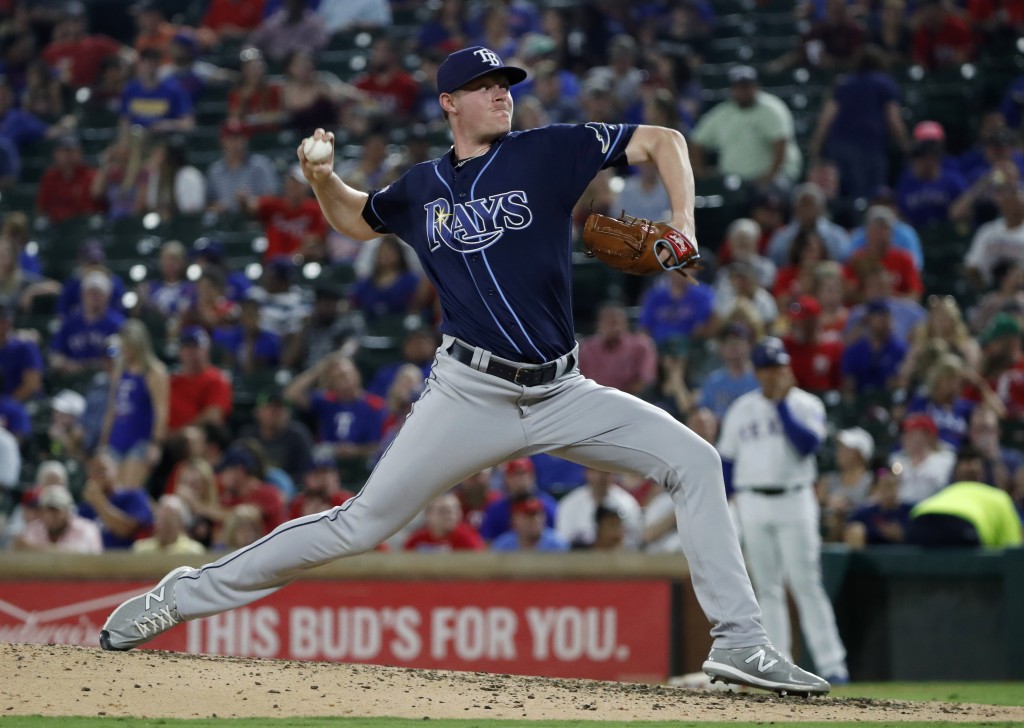 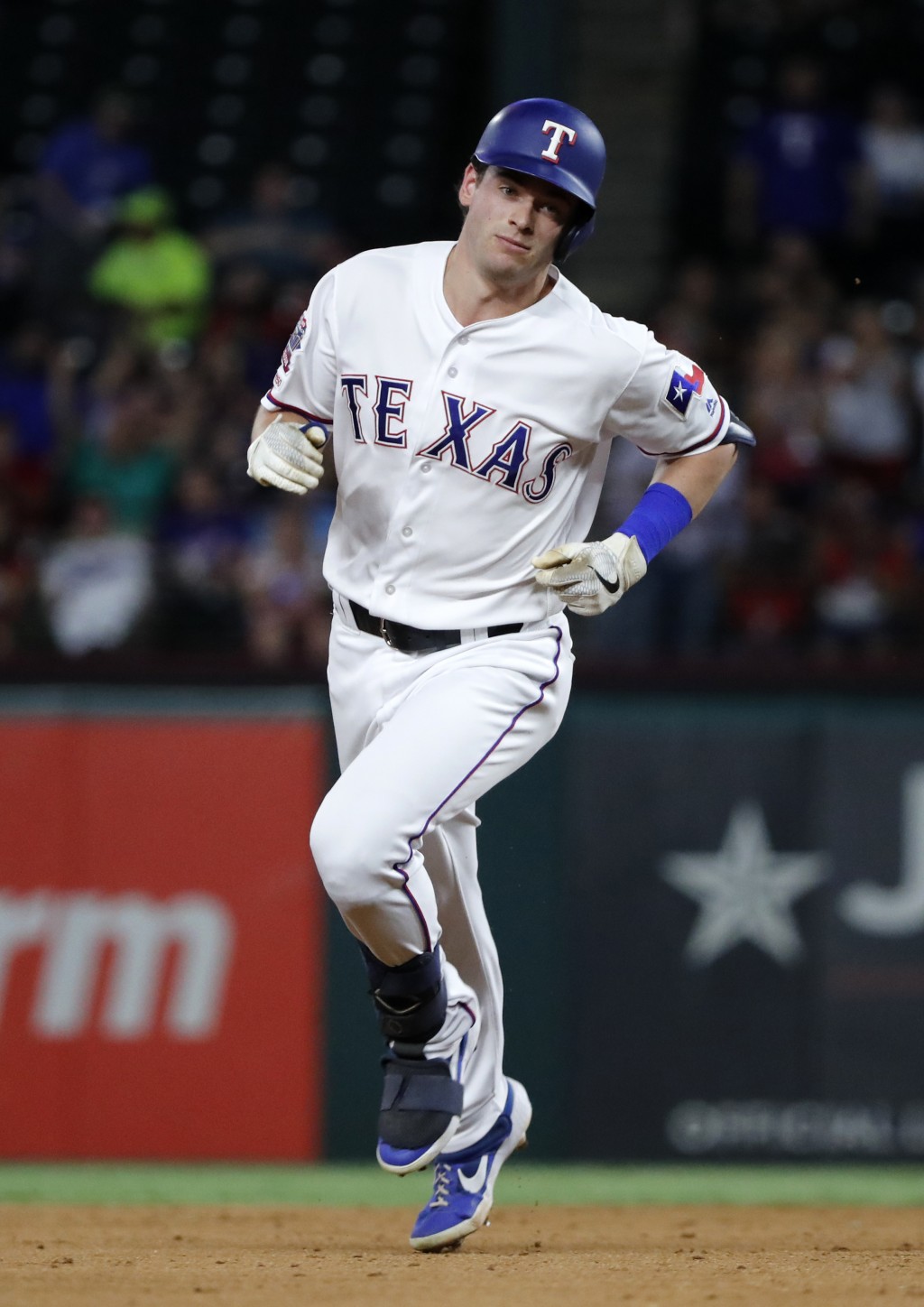 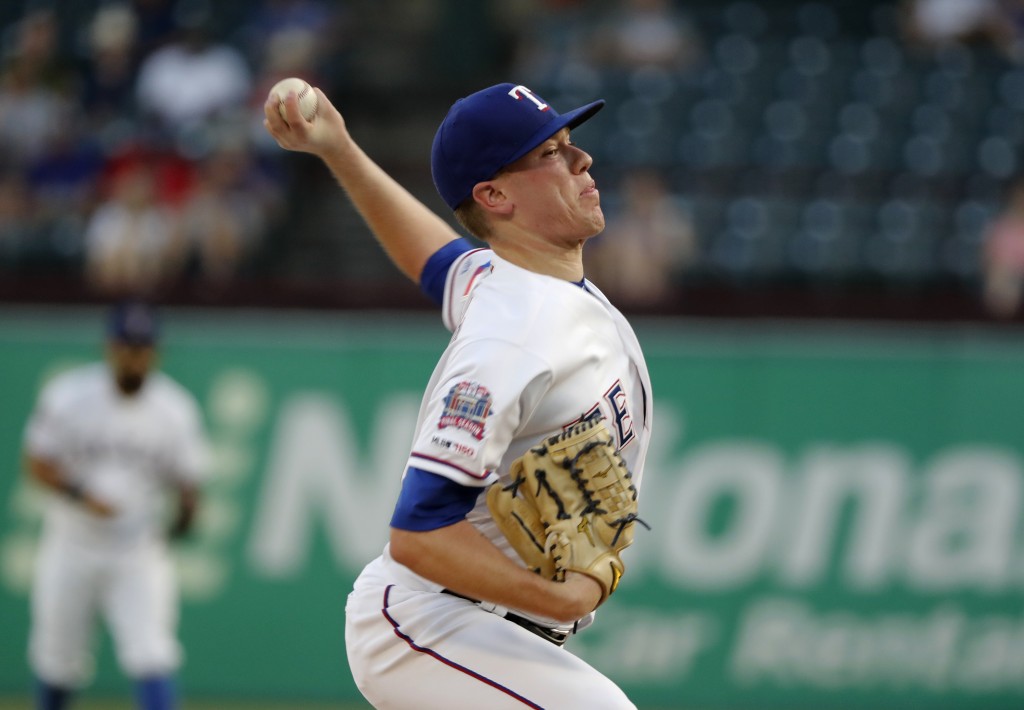 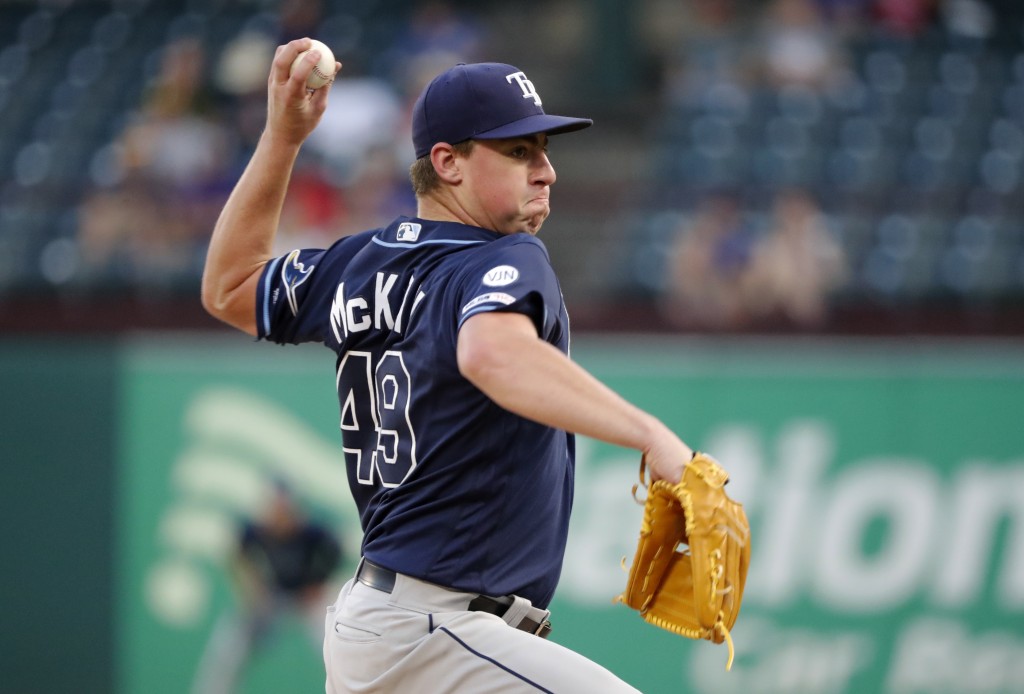 ARLINGTON, Texas (AP) — Nick Solak homered off the pitcher he was traded for two months ago, and Texas beat the Tampa Bay Rays 6-4 on Thursday night, giving the Rangers consecutive series victories for the first time since June.

The rookie's two-run shot off hard-throwing reliever Peter Fairbanks put the Rangers up 5-1 in the fourth inning as Texas (74-74) reached .500 for the first time since Aug. 14 with their sixth win in seven games.

The Rays (87-61) dropped their second straight game following a six-game winning streak that matched a season high. They started the day a half-game ahead of Oakland for the AL wild-card lead.

Solak and Fairbanks were swapped July 13, a little more than a month before the Texas infielder and designated hitter made his major league debut and about a month after the fellow rookie Fairbanks first pitched for the Rangers.

Ji-Man Choi set a Tampa Bay record by reaching base 10 straight times over three games. He opened with a single before walking four straight times, the last one in the ninth before Nate Lowe grounded into a game-ending double play.

Luke Farrell preserved a one-run lead after Texas starter Kolby Allard allowed all five batters he faced in the fifth inning to reach, just after Solak capped a four-run inning that broke a 1-all tie. Austin Meadows' two-run double and an RBI single from Tommy Pham got the Rays close.

Farrell (1-0) struck out a pair with two runners on, then retired Daniel Robertson on a flyout after Joey Wendle's infield single loaded the bases. The right-hander pitched a perfect sixth. Jose Leclerc worked the ninth for his 13th save.

It's been 2½ months since the 23-year-old rookie beat the Rangers with Tampa Bay's longest scoreless outing in a major league debut, retiring the first 16 Texas batters over six innings in a 5-2 win.

Rougned Odor's 26th homer was a solo shot in the seventh for the Rangers, not long after manager Chris Woodward was ejected by home plate umpire Mike Muchlinski, apparently for arguing balls and strikes with Texas reliever Jonathan Hernández on the mound.

Rays: OF Kevin Kiermaier said he would be available off the bench after a stiff neck sidelined him for the first two games in the ballpark where he made his major league debut as a defensive replacement in a tiebreaker for an AL wild-card spot in 2013.

Rangers: OF Hunter Pence, who made his fourth All-Star team after deciding not to retire and joining the Rangers on a minor league contract, came closer to acknowledging that a back injury will sideline him for the rest of the season. The 36-year-old suggested his focus has turned to the offseason, and preparing to play again next year. Manager Chris Woodward said the Rangers want him back if it makes sense for the roster.

Rays: RHP Charlie Morton (14-6, 3.11 ERA) is set for the opener of a three-game series at the LA Angels on Friday. The two-time All-Star is trying to become a 15-game winner for the second straight season.

Rangers: LHP Brock Burke (0-1, 3.52) is set for his fifth career start in the opener of a three-game series at home against another AL wild-card contender in Oakland. The 23-year-old was acquired from Tampa Bay in the offseason in a three-team trade that also involved the A's.