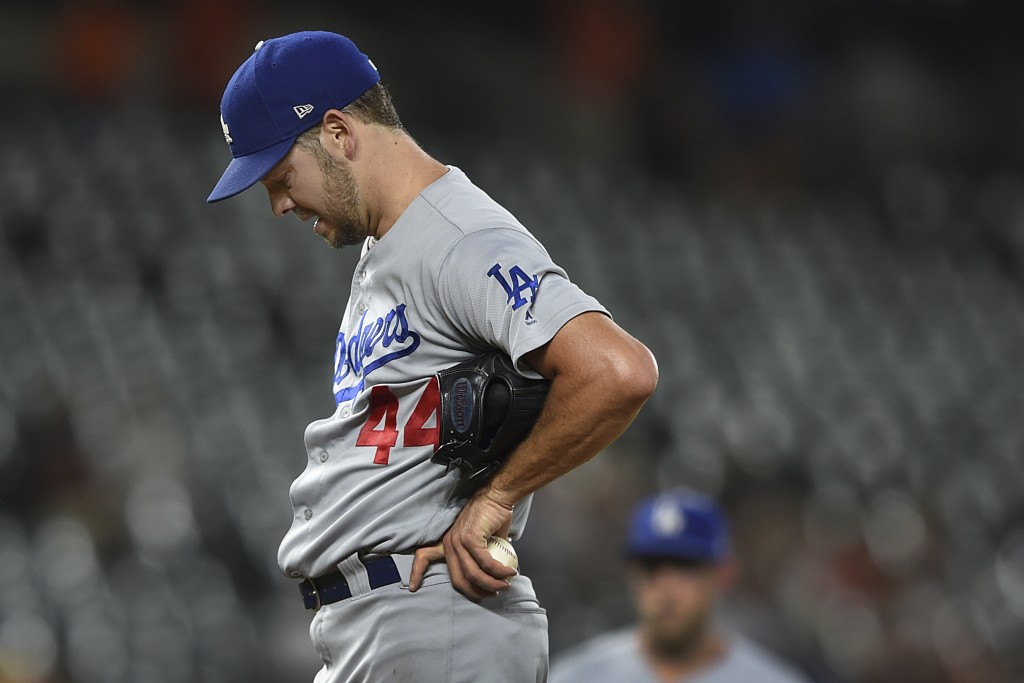 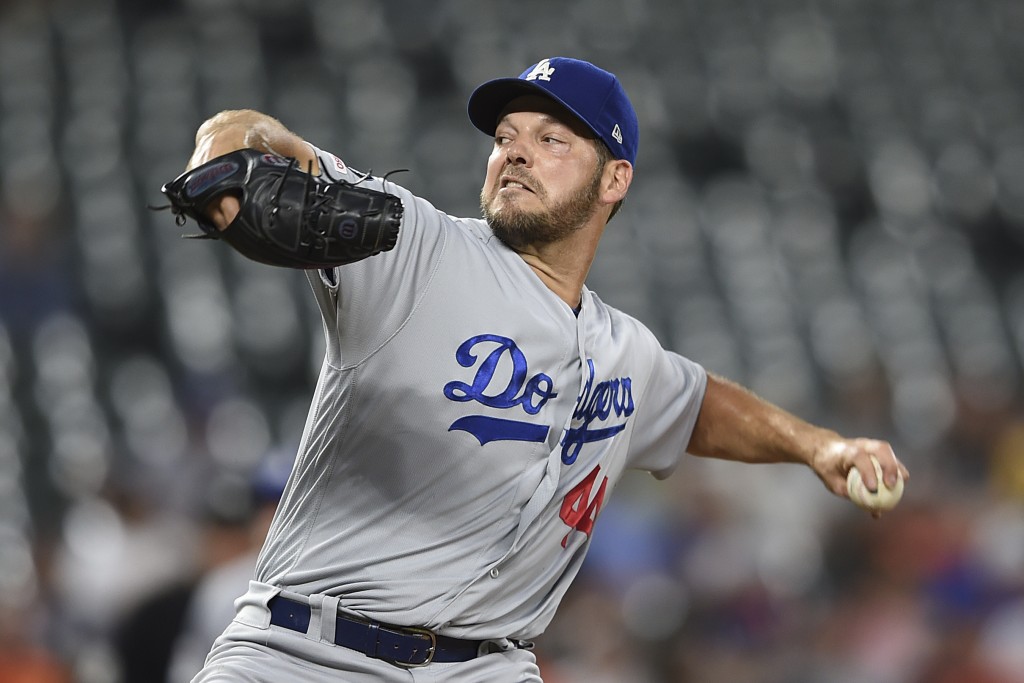 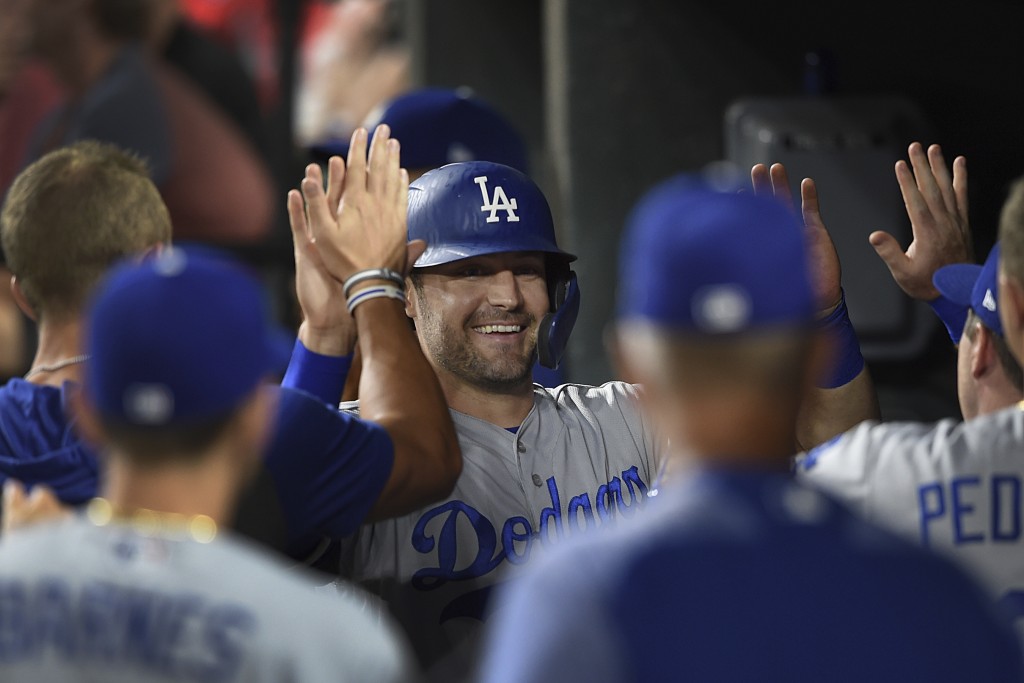 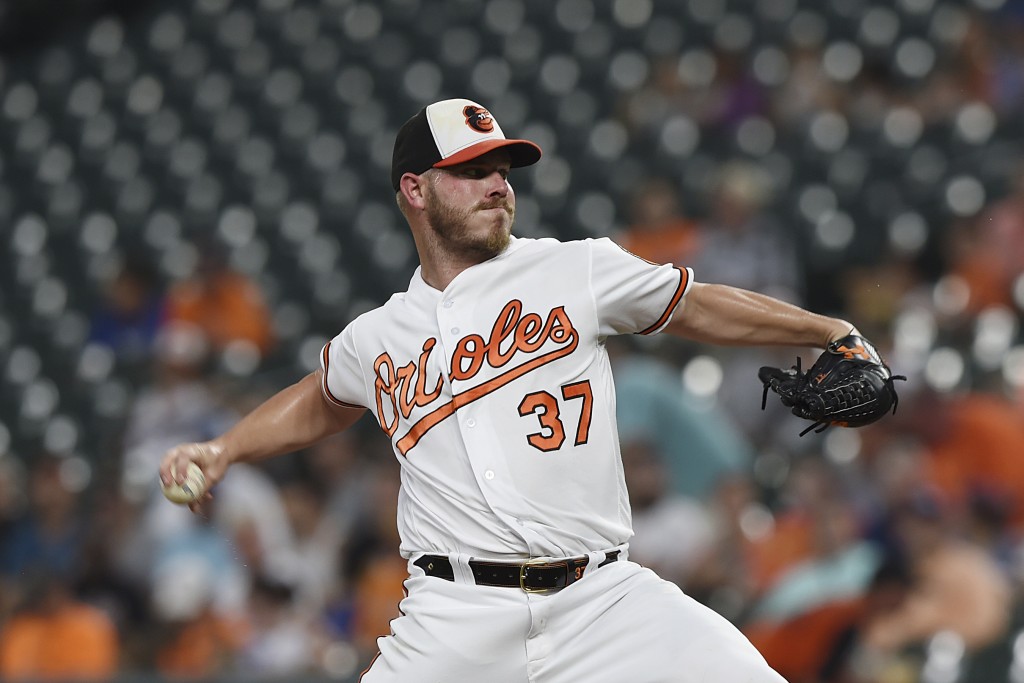 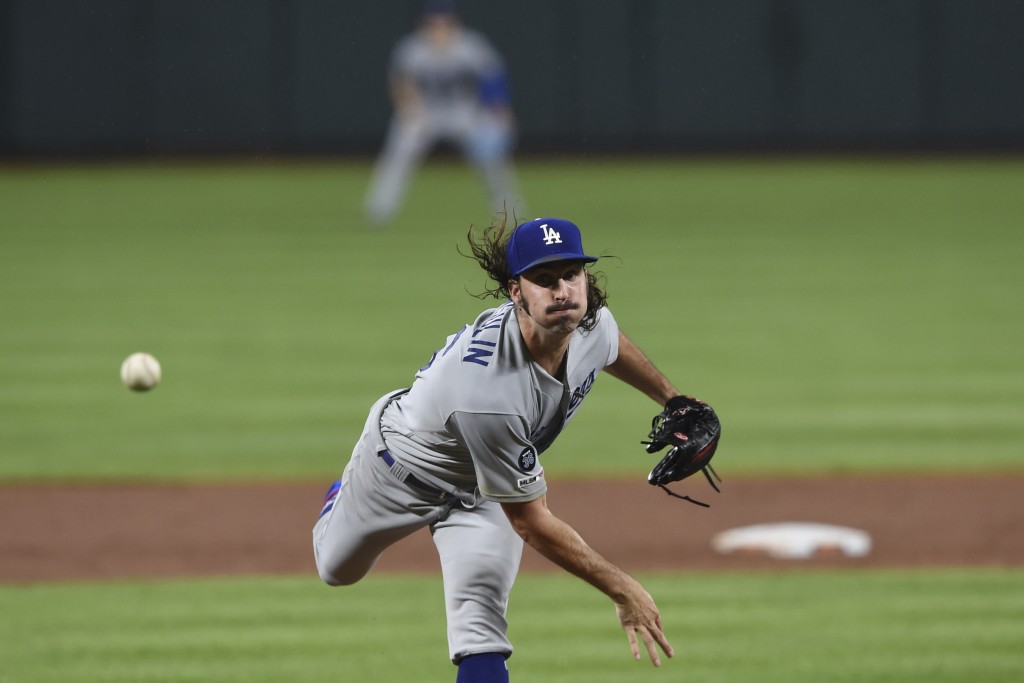 BALTIMORE (AP) — Dodgers left-hander Rich Hill struggled with his control during his first start since June 19, and Los Angeles broke a sixth-inning tie by scoring two runs on a passed ball in a 4-2 victory over the Baltimore Orioles on Thursday night.

After spending 12 weeks on the injured list with a strained left forearm, Hill was supposed to go two innings in his first step toward becoming a postseason contributor for the NL West champions. Instead, the 39-year-old failed to make it out of the first.

Hill opened by striking out Hanser Alberto with a 75 mph curveball and getting Jonathan Villar to swing through a third strike. The lefty then hit Trey Mancini in the foot with a pitch, issued a four-pitch walk to Anthony Santander, hit Renato Núñez with a pitch and forced in a run by walking rookie Austin Hays with the count full.

That ended Hill's outing after 27 pitches, 13 of which missed the strike zone.

Before the game, manager Dave Roberts said this would be the first of four scheduled starts for Hill leading up to the postseason, the next coming on Wednesday against Tampa Bay.

The Dodgers trailed 2-1 in the sixth before Cody Bellinger knotted the score with a single for his 107th RBI. Los Angeles subsequently used a walk and an error to load the bases with two outs for No. 9 hitter Russell Martin. With the count full, Dylan Bundy (6-14) fired a high fastball that Martin swung at and missed. The ball glanced off the mitt of catcher Pedro Severino and traveled to the backstop.

Instead of having an inning-ending strikeout, Bundy watched in disgust from in front of the mound — neglecting to cover the plate — while Bellinger scored from the third base and Corey Seager followed for a 4-2 lead.

Tony Gonsolin (3-2) worked three innings of relief and Kenley Jansen got three straight outs for his 29th save.

Severino homered for the Orioles, who have lost 10 of 12.

The Orioles long ago dropped out of the playoff chase, but they have no intention of coasting to the finish.

"I care. It matters a lot how we play," manager Brandon Hyde said. "I want to see us compete to the last inning of the last game. The message has been sent to our players, and I think they're going to do that."

Baltimore (47-99) is poised to lose 100 games for the second year in a row. Hyde, a rookie manager, was not here for the 47-115 embarrassment in 2018 that initiated an overhaul of the organization.

Dodgers: An MRI exam on 3B Justin Turner revealed a mild ankle sprain. Roberts said Turner was unavailable Thursday and his status would be revisited Friday. "There's less concern now that we know it's a mild sprain," Roberts said. "With the sprain, time heals it. What that timeline is, is to be determined." Turner has missed four straight games. ... To make room on the roster for Hill, Los Angeles designated RHP Jaime Schultz for assignment. Schultz was 0-0 with a 7.20 ERA in four games with the Dodgers.

Orioles: In the opener of a four-game series Friday night in Detroit, Aaron Brooks (4-8, 6.21) tries to bounce back from his last start, when he gave up six runs before getting an out against Texas.