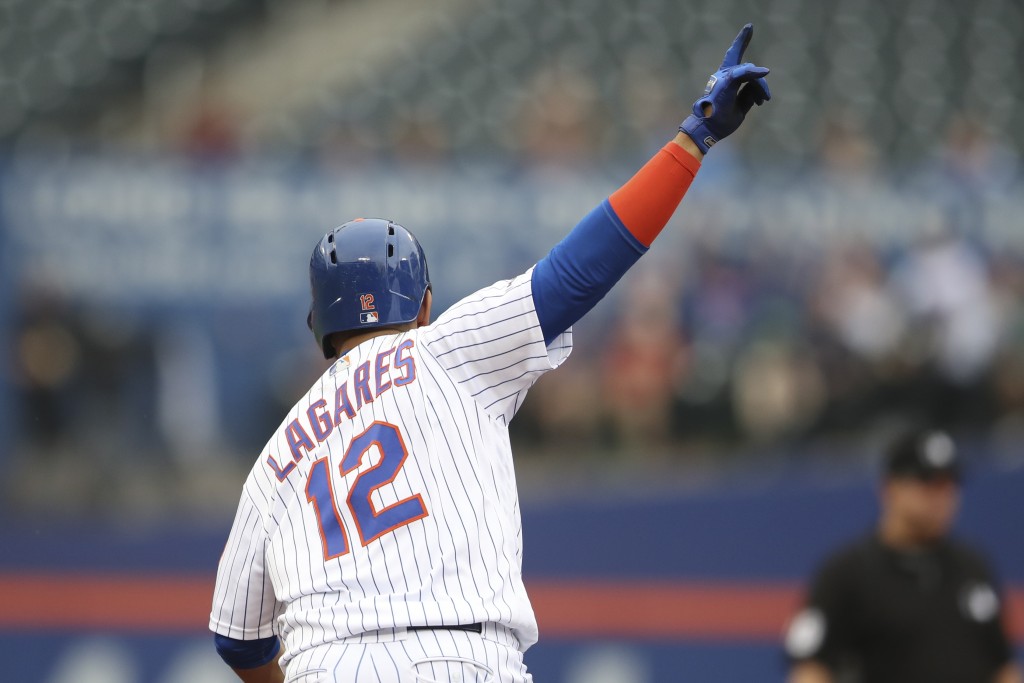 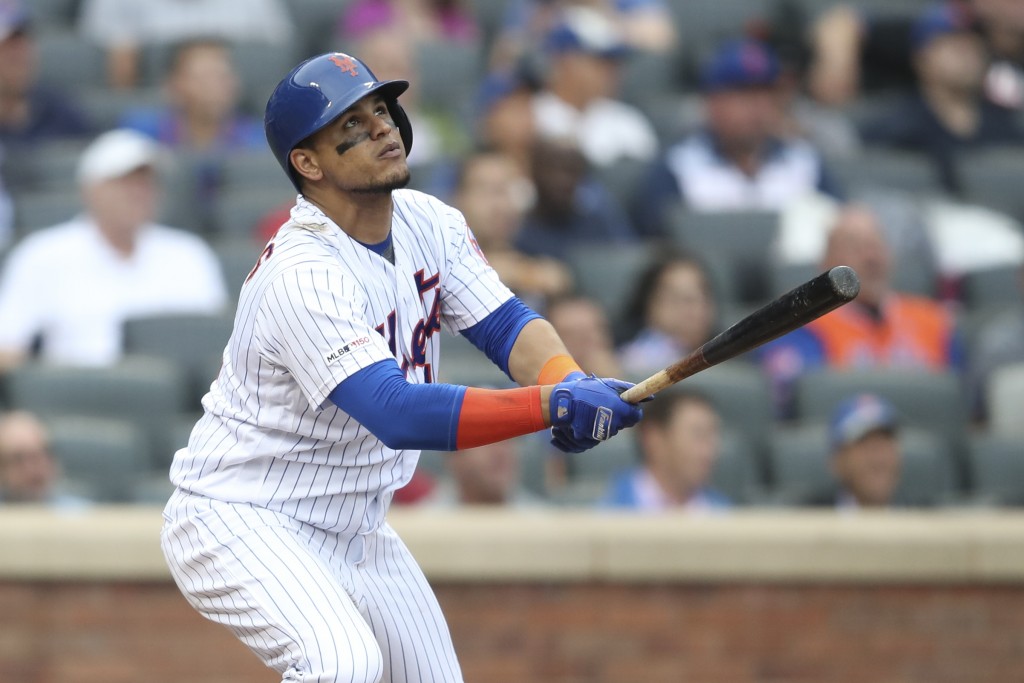 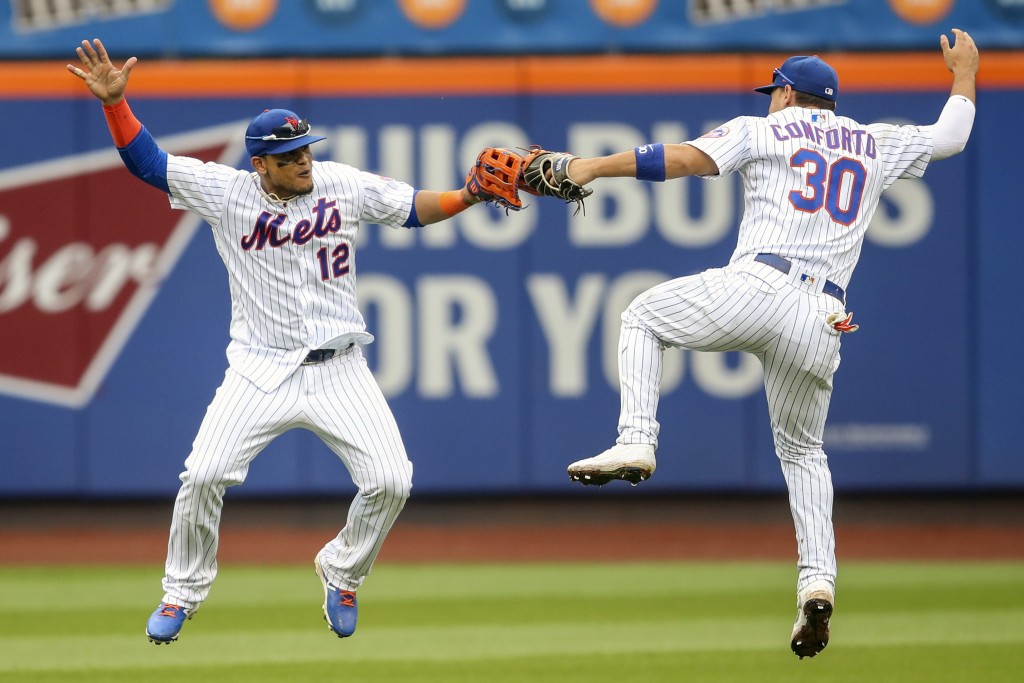 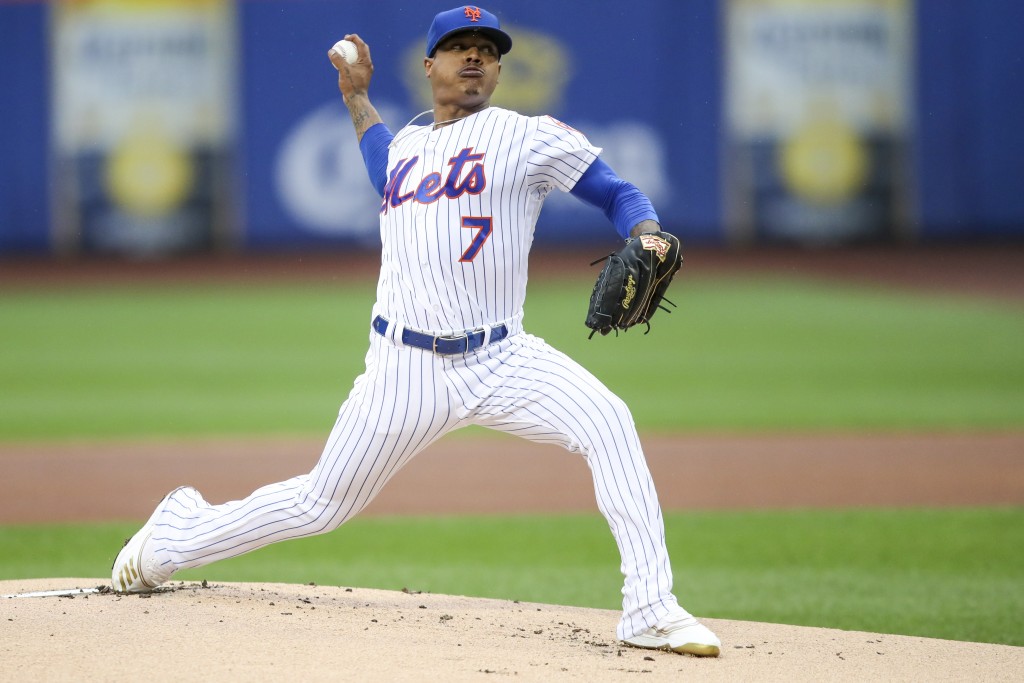 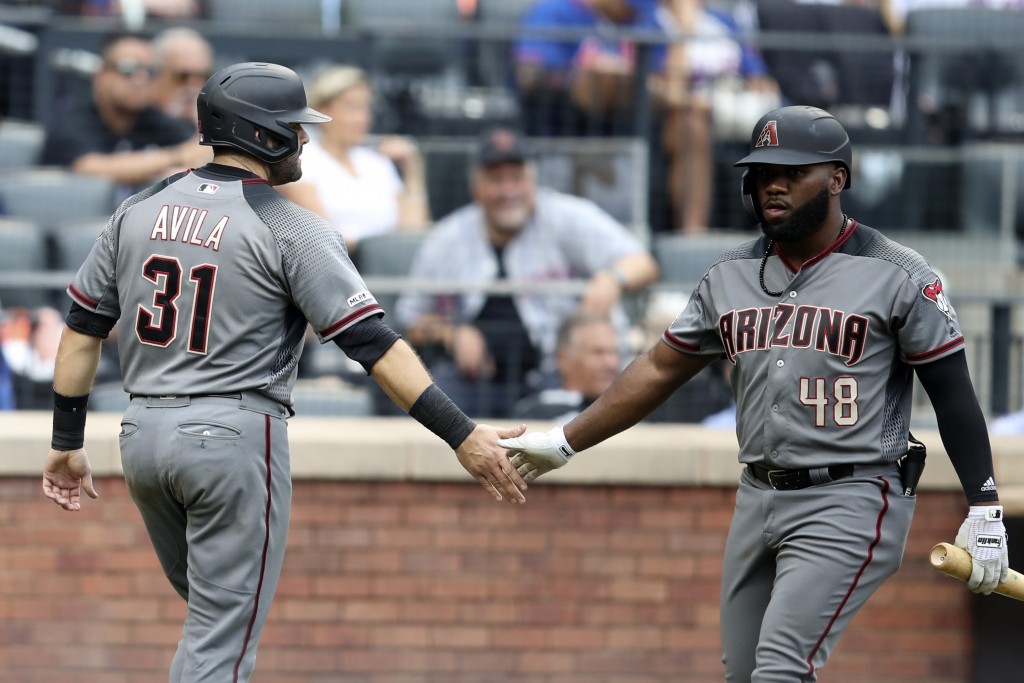 Boosted by Marcus Stroman's longest start since being acquired, the Mets won for the ninth time in 13 games. New York entered Thursday two games back of Milwaukee and Chicago for the second NL wild-card spot.

The Diamondbacks lost their fifth straight since winning 11 of 12 to get back into the playoff race. Arizona started the day 2 1/2 games out of the second wild-card spot.

Lagares hit a slam in the third inning and connected again in the fifth, setting a career high with six RBIs in his first multihomer game.

Stroman (8-14) allowed one run and four hits in 6 1/3 innings. He struck out six, walked four and took a shutout into the seventh before allowing a double to pinch-hitter Ildemaro Vargas on his last pitch.

Frazier hit his 21st homer in the second and the Mets took advantage of a throwing error by shortstop Nick Ahmed to score five more in the third off Alex Young (7-4).

The Mets hit three homers in the fifth and Lagares' second homer made it 9-0.

Arizona 2B Eduardo Escobar and Mets LHP Steven Matz were announced as the nominees for the Roberto Clemente Award, which recognizes community service.

Diamondbacks: LHP Robbie Ray (blister left middle finger) remains on track to make his next scheduled start Monday against Miami. Ray allowed five runs and got only two outs on Wednesday after trying to pitch through the blister, which impacted his ability to throw off-speed pitches.

Mets: OF Dominic Smith (fractured left foot) ran and hit off a tee Wednesday for the first time since going on the injured list July 27.

Diamondbacks: RHP Mike Leake (11-10) tries for his first career victory against his former team in the opener of a three-game series at home with Cincinnati. Leake is 0-5 with a 4.53 ERA in nine career starts for the Reds, whom he played for from 2010-15. RHP Luis Castillo (14-6, 3.21 ERA) starts for Cincinnati.