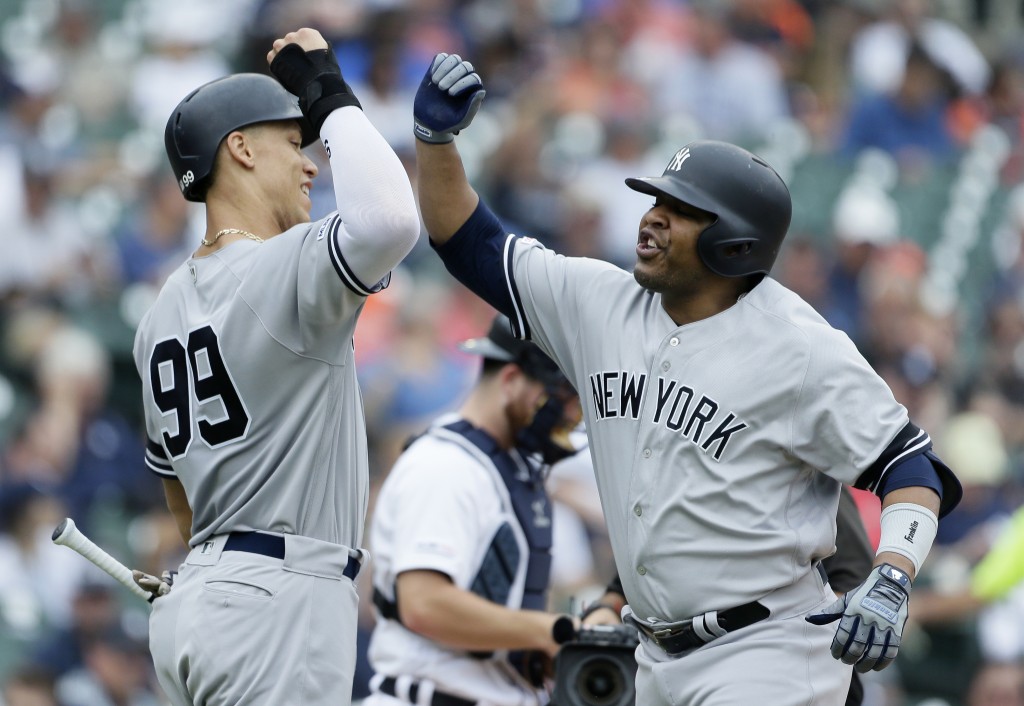 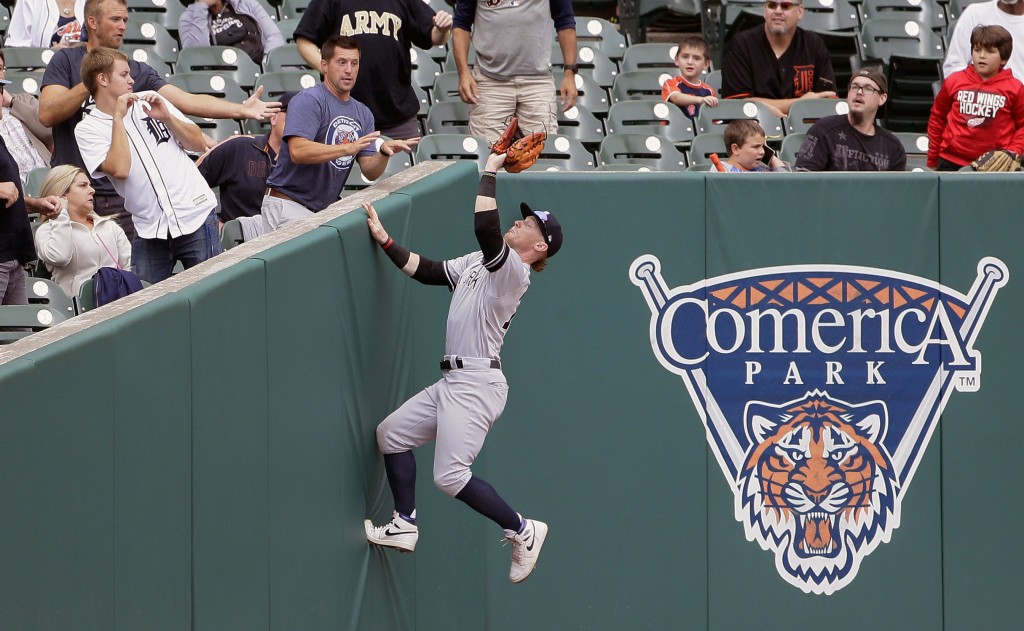 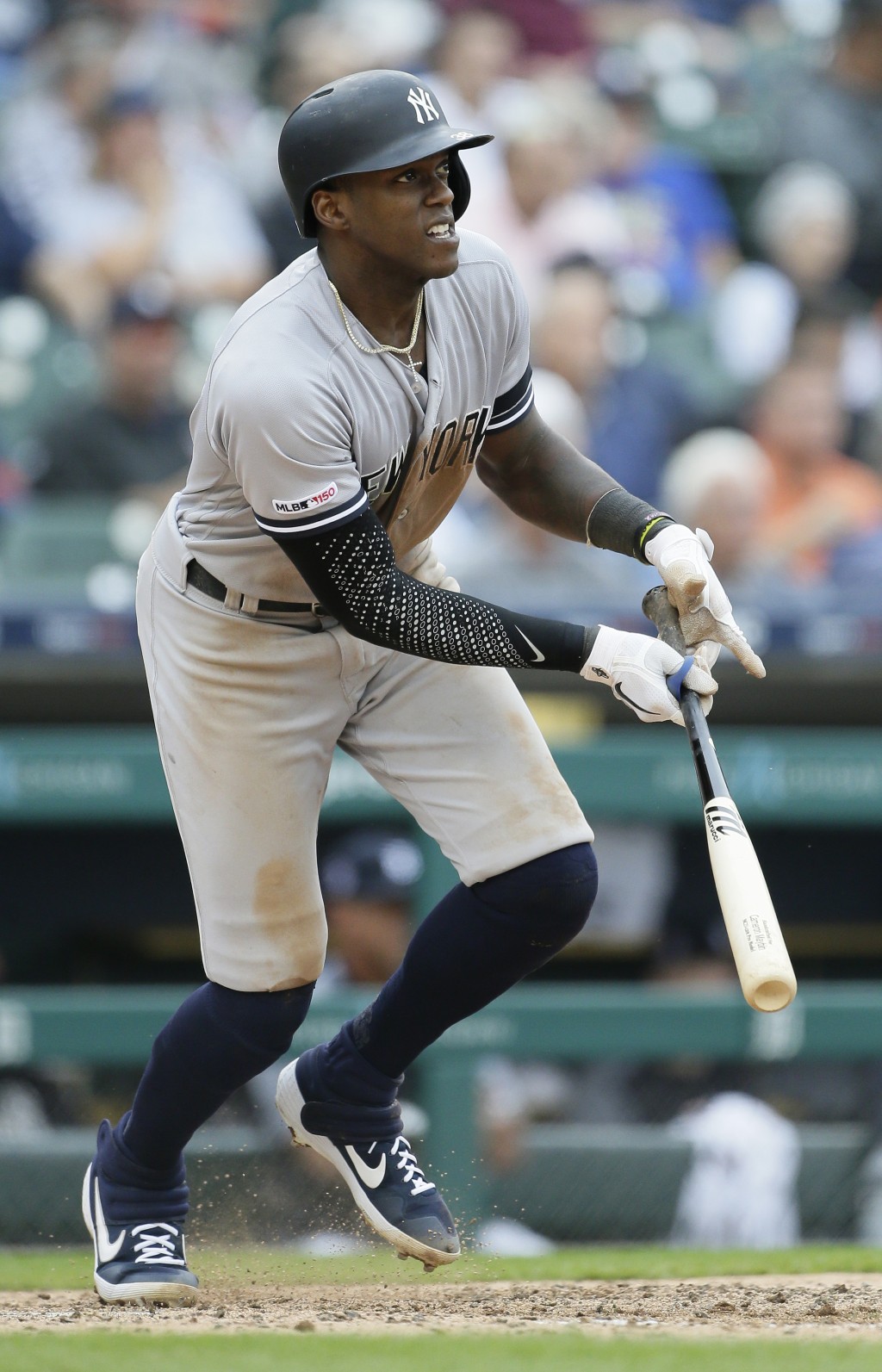 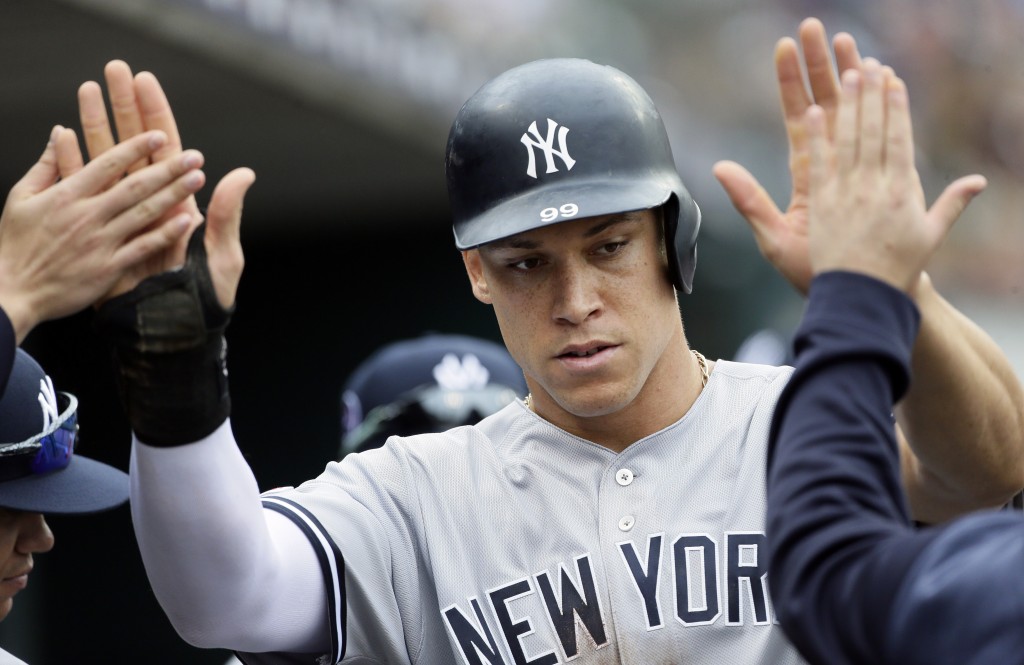 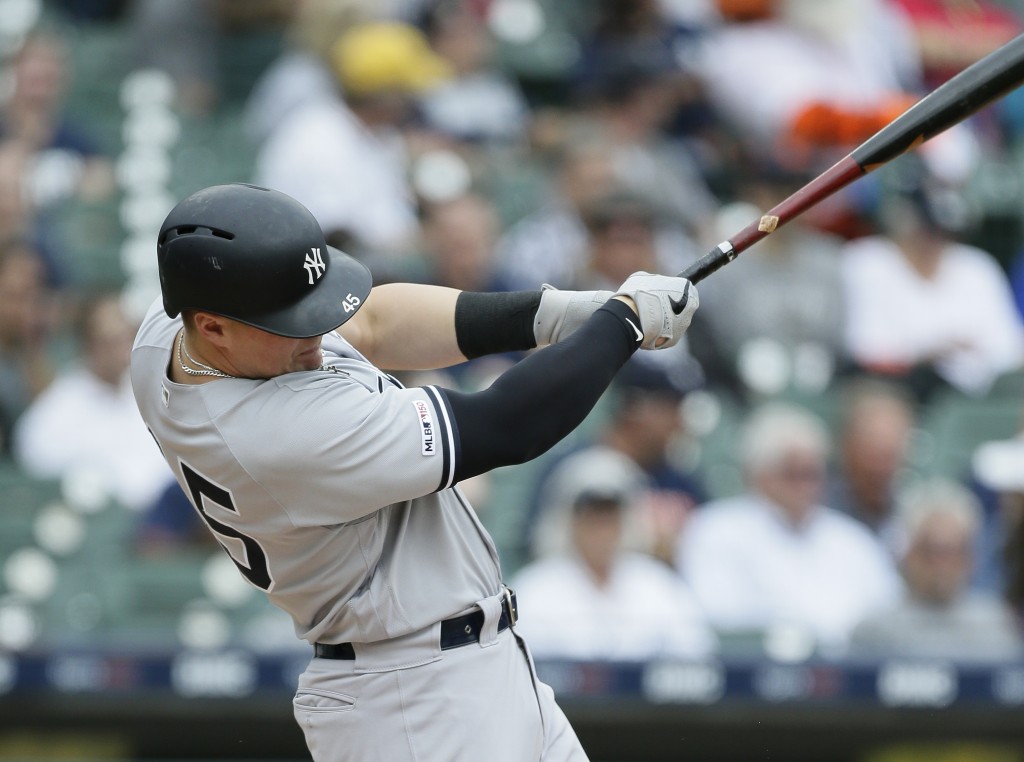 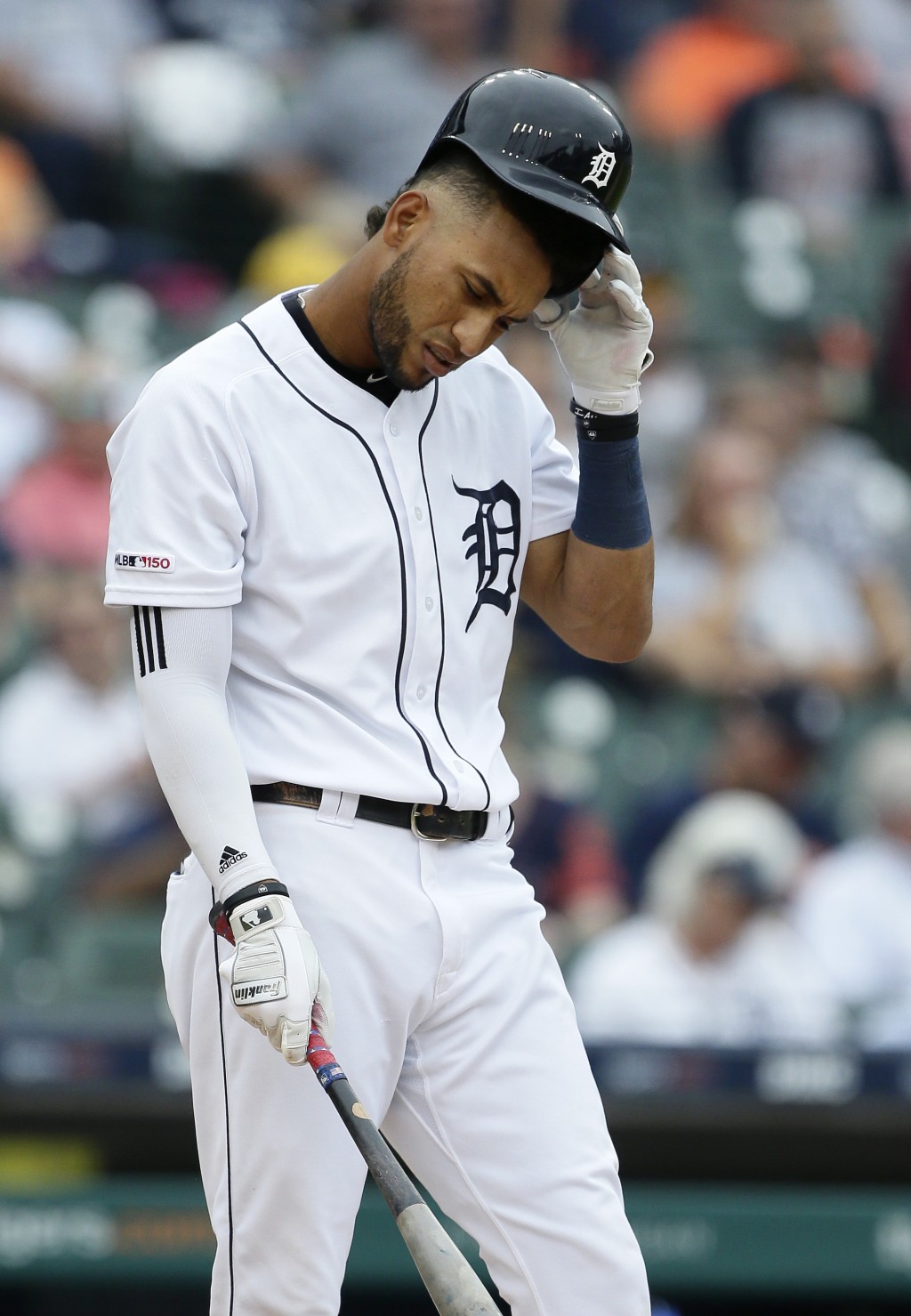 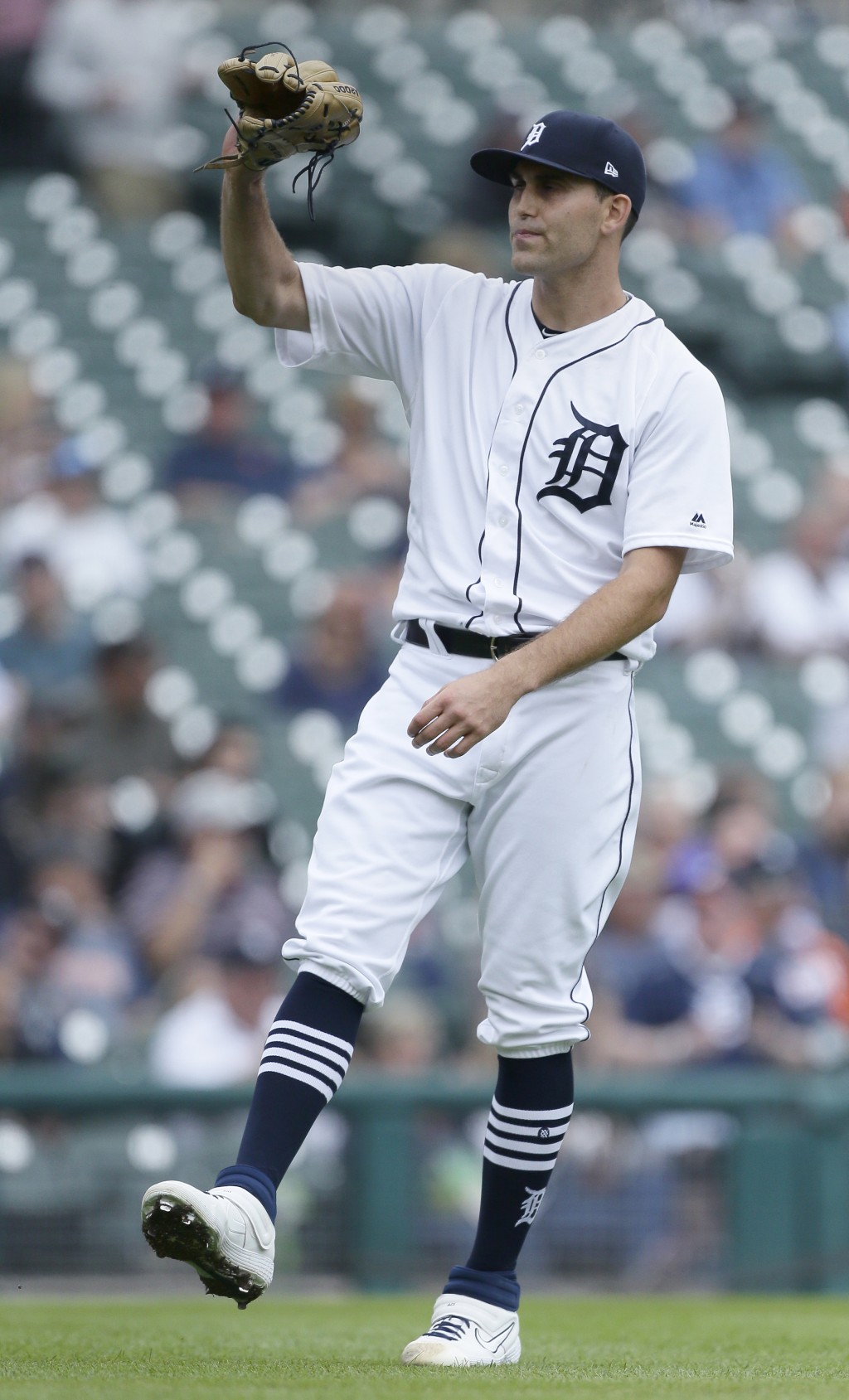 DETROIT (AP) — Edwin Encarnación homered for the fourth time in eight games since returning from the injured list, then left in the fifth inning with a strained left oblique muscle as the New York Yankees beat the Detroit Tigers 10-4 Thursday in a doubleheader opener.

Encarnación, New York's designated hitter, had a two-run homer in the third, walked in the fifth and was pinch hit for by Mike Ford in the seventh. Encarnación missed 30 games with a broken right wrist after he was hit by pitch from Boston's Josh Smith on Aug. 3. He was hitting .294 with 10 RBIs since returning and has 34 home runs this season.

Luke Voit put the Yankees ahead in the first with his first home run since July 22, a two-run drive off Matt Boyd (8-11). Voit became the sixth Yankees player with 20 homers, one shy of the team record set in 2009. Voit had three hits and three RBIs for the Yankees, who have 278 homers this season.

J.A. Happ entered with a 15 1/3 inning scoreless streak and pitched shutout ball until the fifth, when Dawel Lugo hit a two-run homer with two outs. Christin Stewart singled and manager Aaron Boone brought in Chad Green (4-4), who allowed one run over 2 1/3 innings against the team that drafted him in 2013. The Yankees said after the game that Happ had left biceps tendinitis and will return to New York to be examined.

Travis Demeritte hit a solo homer in the eighth off Ben Heller, who made his first big league appearance since Oct. 1, 2017.

Heller had Tommy John surgery on April 6 last year and had a 0.66 ERA in 13 2/3 innings over 11 appearances during a minor league injury rehabilitation assignment

CC Sabathia (5-8, 4.93) returned from his fourth trip to the IL this year to start the second game. Sidelined by a chronically painful right knee, Sabathia last pitched on Aug. 30. Spencer Turnbull (3-14, 4.68) started for the Tigers.

Tigers: Utilityman Niko Goodrum (groin) and CF JaCoby Jones (wrist) are both expected to miss the rest of the season.