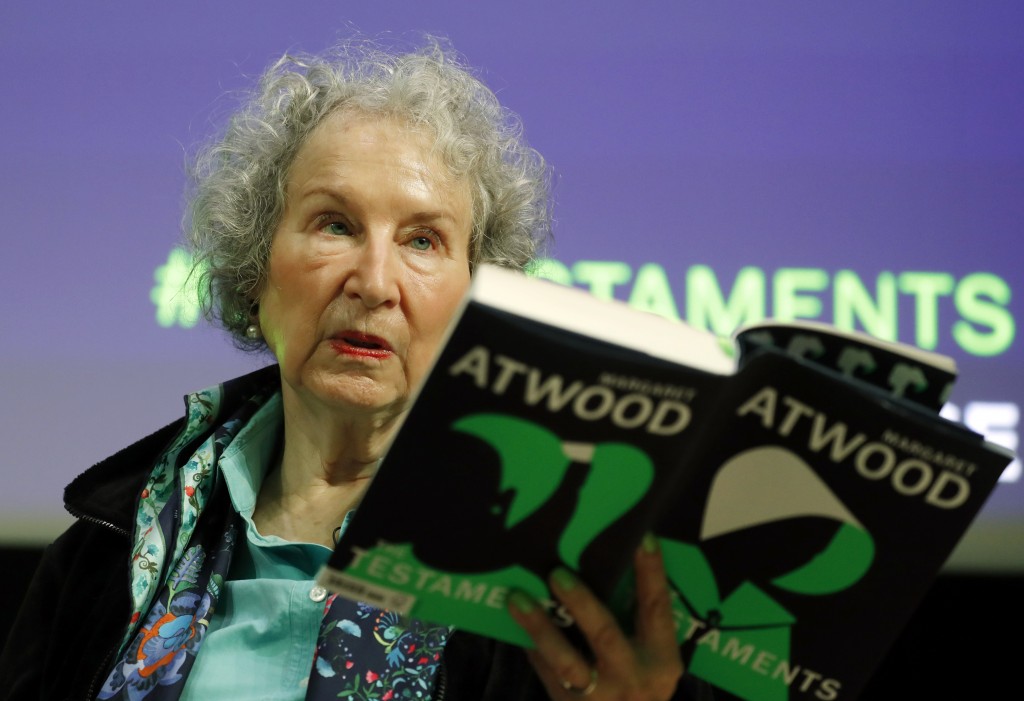 "The Testaments" was released Tuesday and returned readers to the dystopia of Gilead. According to Doubleday, combined sales for print, e-book and audio editions exceed 125,000 copies in the United States alone. That's the biggest opening of 2019 for Doubleday's parent company, Penguin Random House, the country's largest publisher. Reviews have been strong for "Testaments," which Atwood has said she wrote in response to readers' curiosity and to concerns about the rise of Donald Trump. The million-selling "The Handmaid's Tale" was published in 1985 and sales have surged in recent years, helped by Trump's election and the acclaimed Hulu television adaptation.

As of Thursday afternoon, "The Testaments" was No. 2 on Amazon.com.