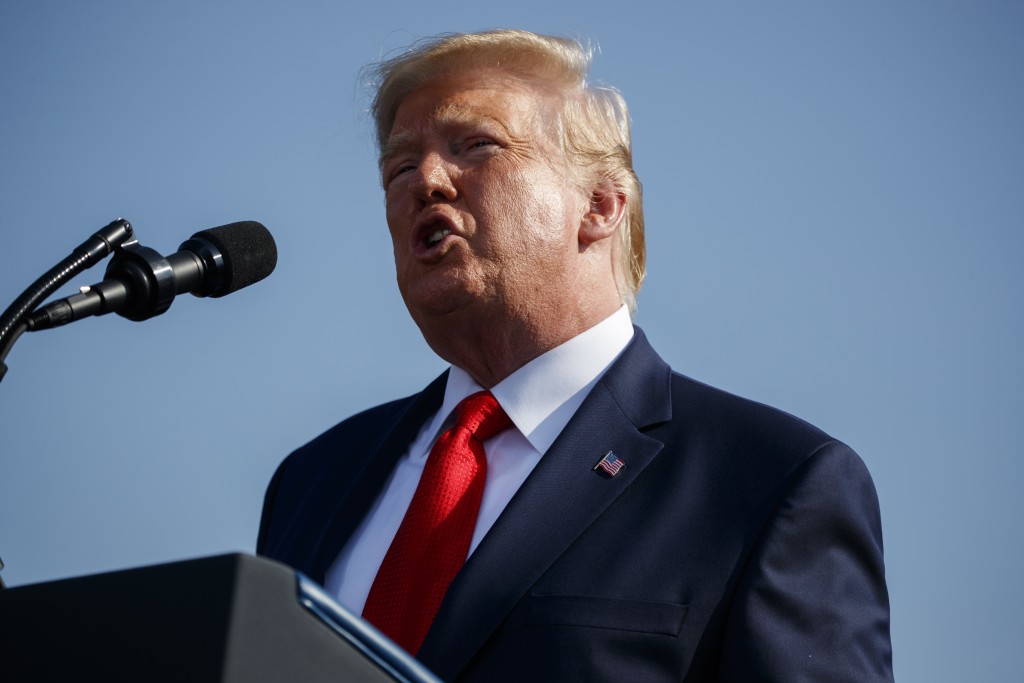 WASHINGTON (AP) — President Donald Trump on Thursday makes his first visit to Baltimore since describing it nearly two months ago as a "disgusting, rat and rodent infested mess" where "no human being would want to live."

Trump won't be inspecting conditions in the city, though. Instead, he'll be speaking to congressional Republicans attending an annual retreat in a hotel on the city's waterfront. Hundreds of protesters are expected to gather nearby. But inside, the president will find a friendly audience of legislators whose political futures are closely tied to how well he performs in next year's election.

By midday Thursday, protesters already were making their presence felt. They inflated a giant rat carrying a cell phone and adorned with yellow hair and a red tie to make clear their mocking intentions.

The White House said the president has no plans to explore Baltimore beyond his speech, which will focus on accomplishments during his first two-plus years in office and priorities for the year ahead.

Trump in July laced into the city in a series of tweets critical of Democratic Rep. Elijah Cummings, who represents the majority-black 7th Congressional District in Baltimore and also chairs the House oversight panel conducting numerous investigations of the administration's policies and work.

After Trump's verbal broadsides, Cummings invited the president to tour his congressional district with him, from the poorest parts of Baltimore to more well-to-do areas outside the city in suburban Baltimore and Howard counties.

Trump has not backed away from his charges that Democratic leaders are responsible for the ills of America's biggest cities. But for now, he's making the argument in a less personal and hostile manner. He's also seeking to win over blacks and Hispanics by citing employment gains they have made during his tenure. It's a staple of most of his speeches.

Baltimore, a once-gilded American seaport, has undeniable drug and violent crime challenges. The city saw more than 300 homicides in 2018 for the fourth year in a row. It also contends with deep-rooted poverty and swaths of the city are populated with vacant, boarded-up homes.