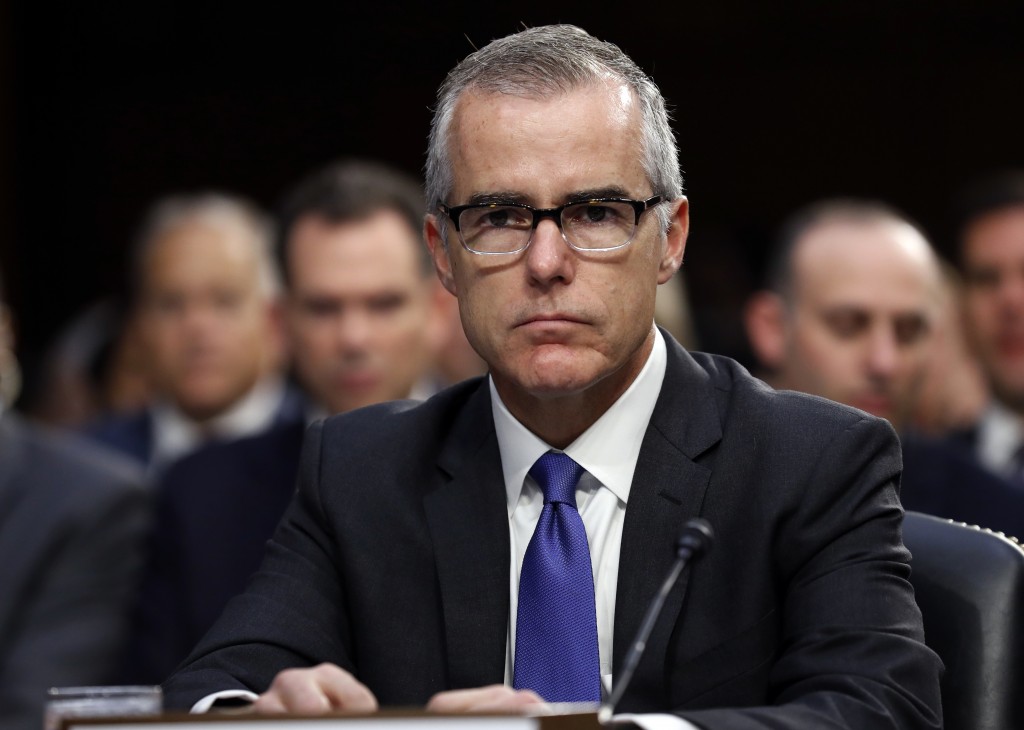 WASHINGTON (AP) — Former FBI Deputy Director Andrew McCabe faces the prospect of an indictment after his attorneys were unable to persuade senior Justice Department officials not to pursue charges.

Two people familiar with the matter say the deputy attorney general declined an appeal from McCabe's lawyers aimed at preventing a prosecution. The attorneys have argued that McCabe, a frequent target of President Donald Trump's wrath, shouldn't face charges on accusations he lied during an internal investigation.

The people weren't authorized to discuss the issue by name and spoke on condition of anonymity.

Still, it wasn't immediately clear when or even whether federal prosecutors might announce charges.

The Justice Department's inspector general says McCabe lied during an investigation about a news media disclosure.