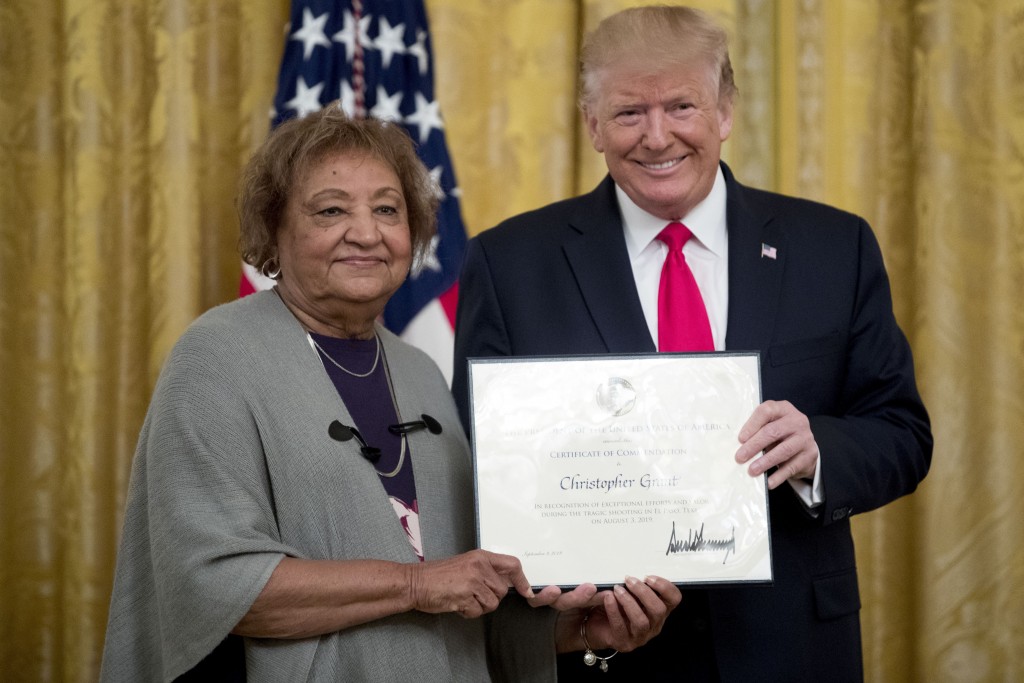 EL PASO, Texas (AP) — Surveillance video does not back up the story told by a man who was honored this week at the White House by President Donald Trump for his actions during the Aug. 3 mass shooting at an El Paso Walmart, police said.

Christopher Grant has said he threw bottles to try to stop the attack, which left 22 people dead . Grant, who was shot twice, was among those recognized this week Trump, although his mother received the certificate because Grant had been temporarily detained by the U.S. Secret Service because of an outstanding warrant.

At the ceremony, Trump said Grant was picking up snacks for his children when he encountered Crusius. Trump said: "Chris grabbed — listen to this — soda bottles and anything else in front of him, and began hurling them at the gunman, distracting him from the other shoppers and causing the shooter to turn toward Chris and fire at Chris, whereby Chris suffered two serious gunshot wounds."

"His actions were captured by surveillance cameras and they are not as described by Mr. Grant," Carrillo said. "We are not demeaning his reaction, which are of basic human instincts, but they amount to an act of self-preservation and nothing above that."

Grant did not return a message seeking comment Thursday.