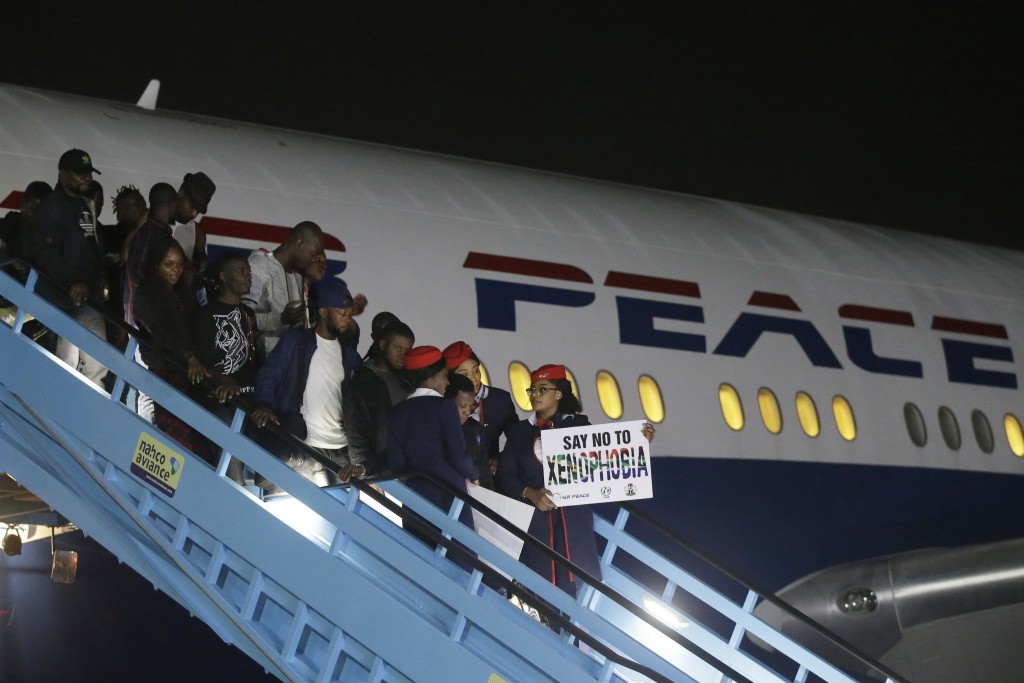 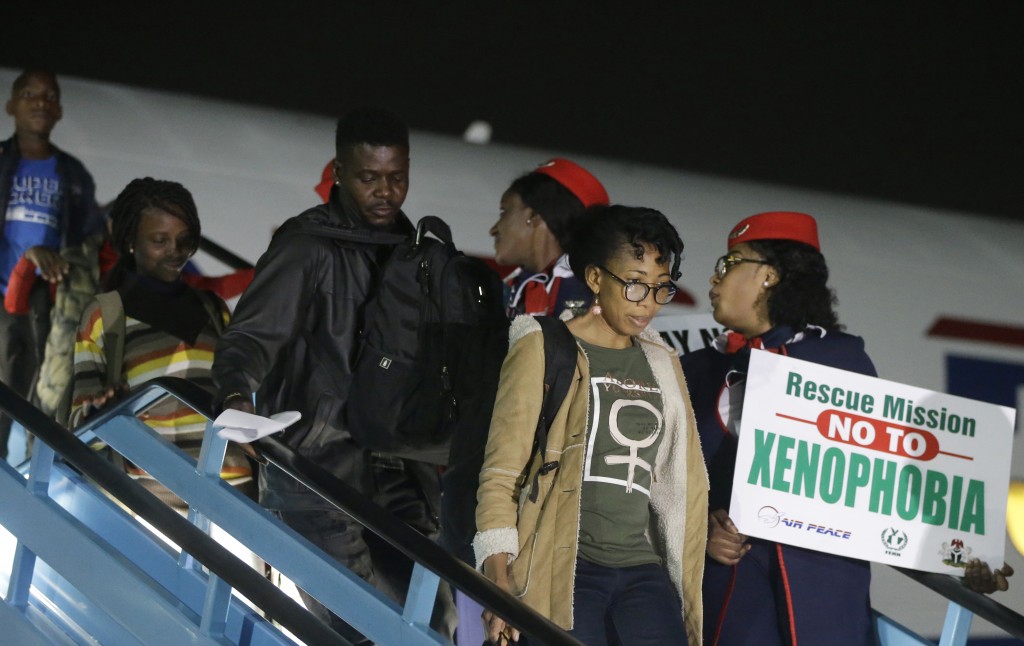 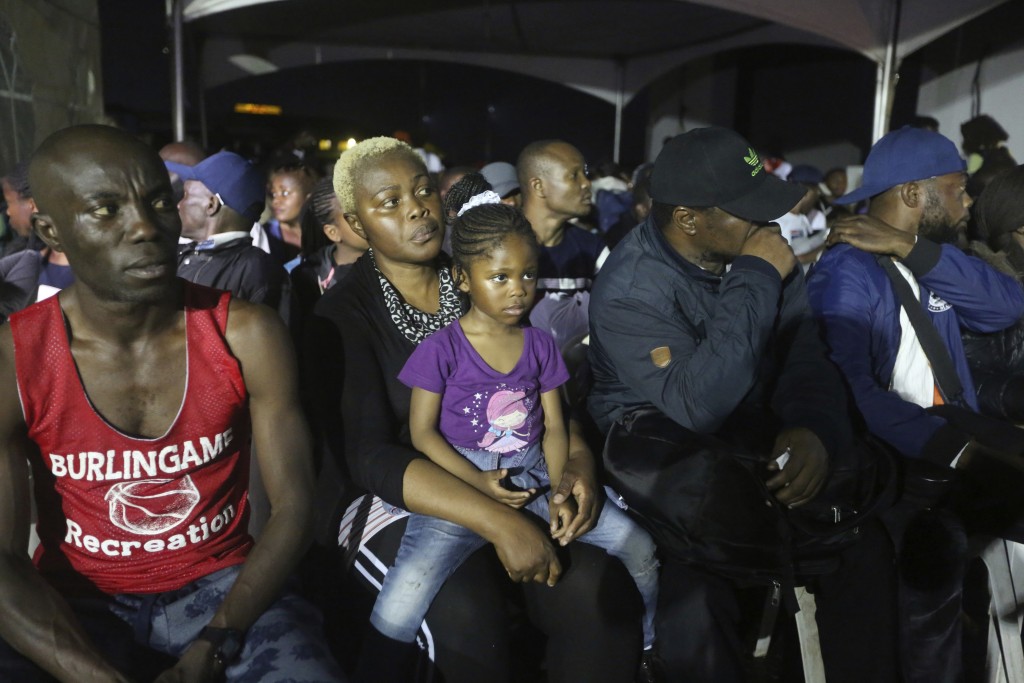 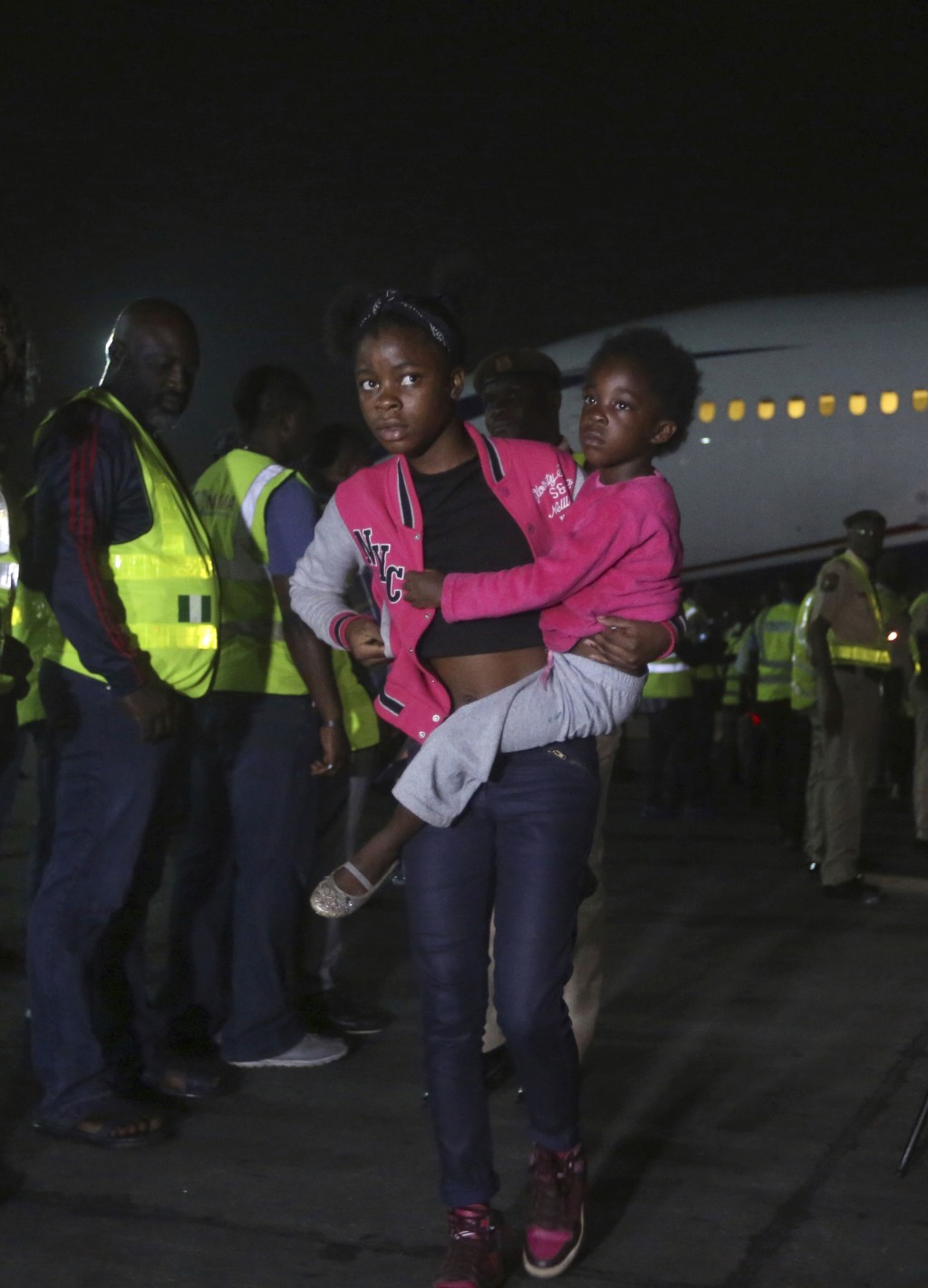 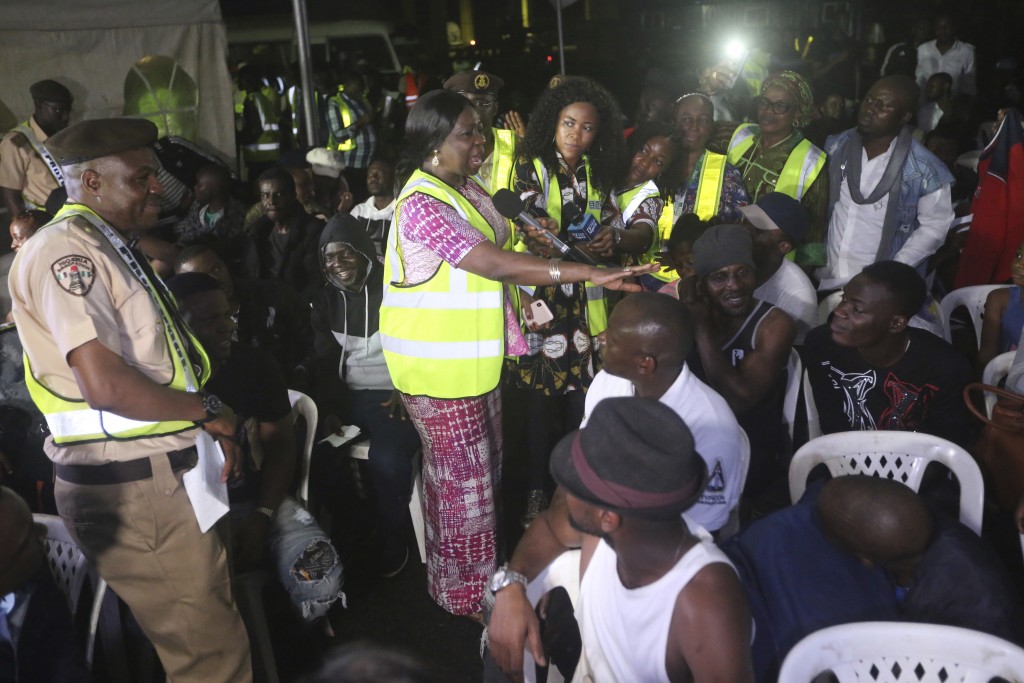 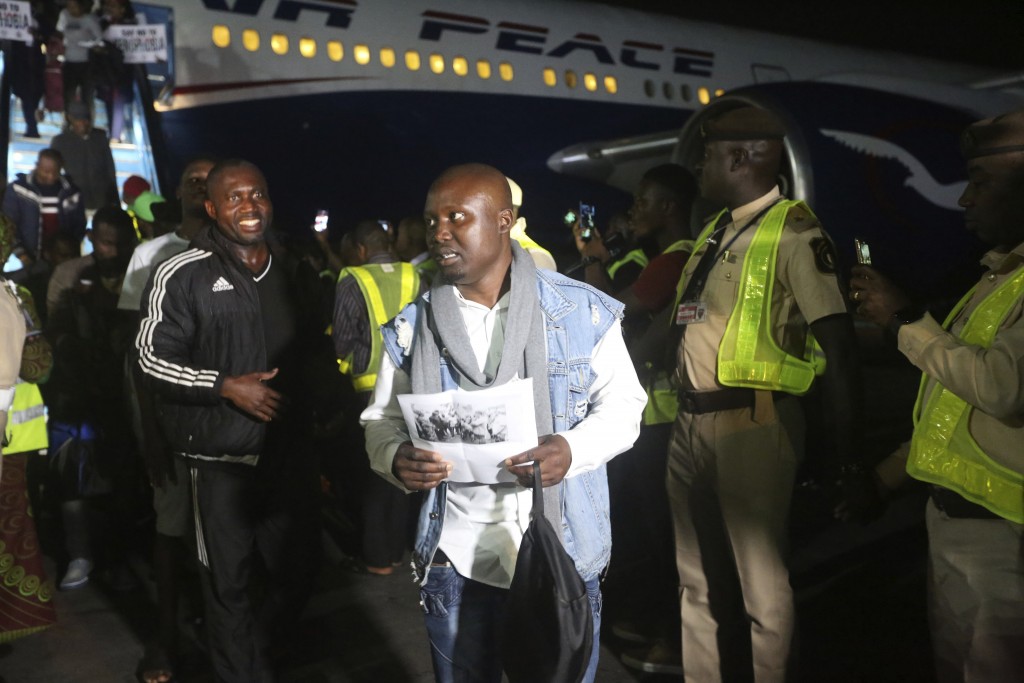 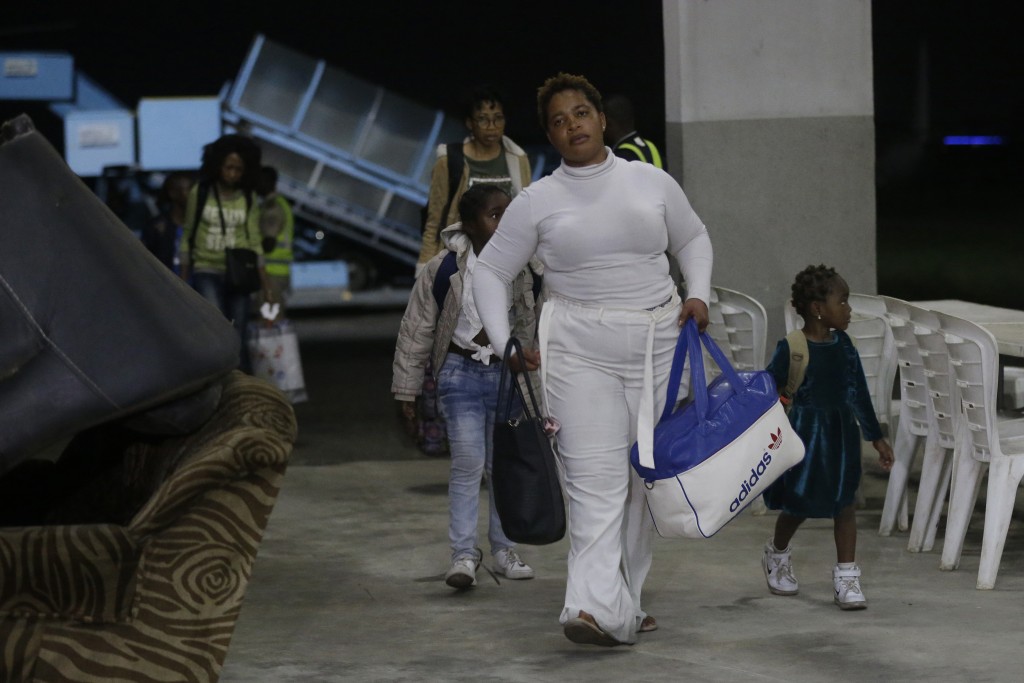 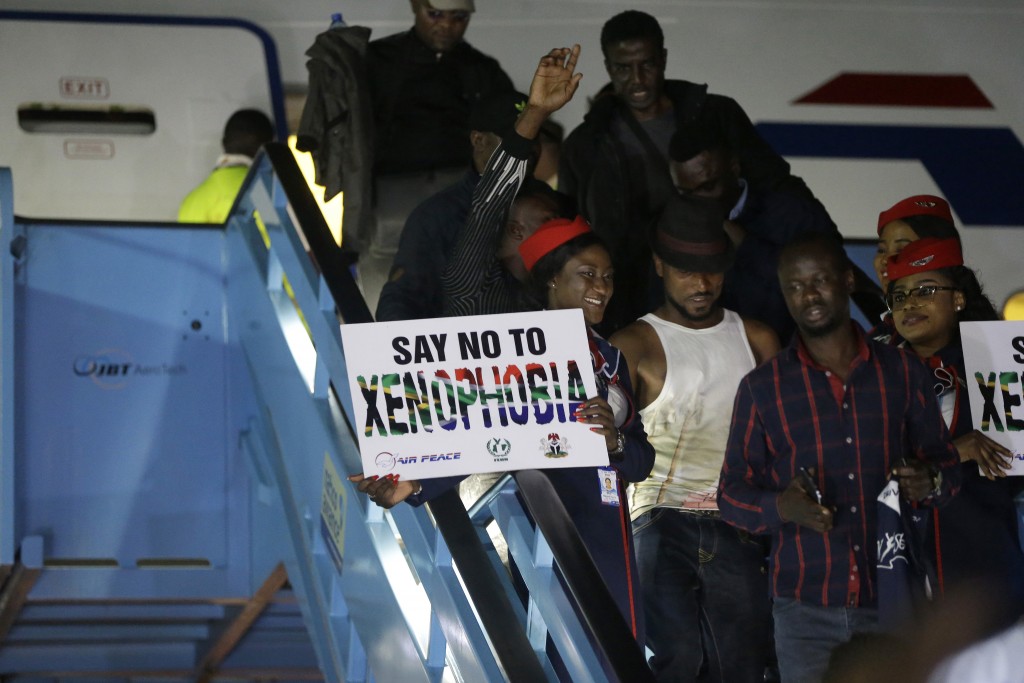 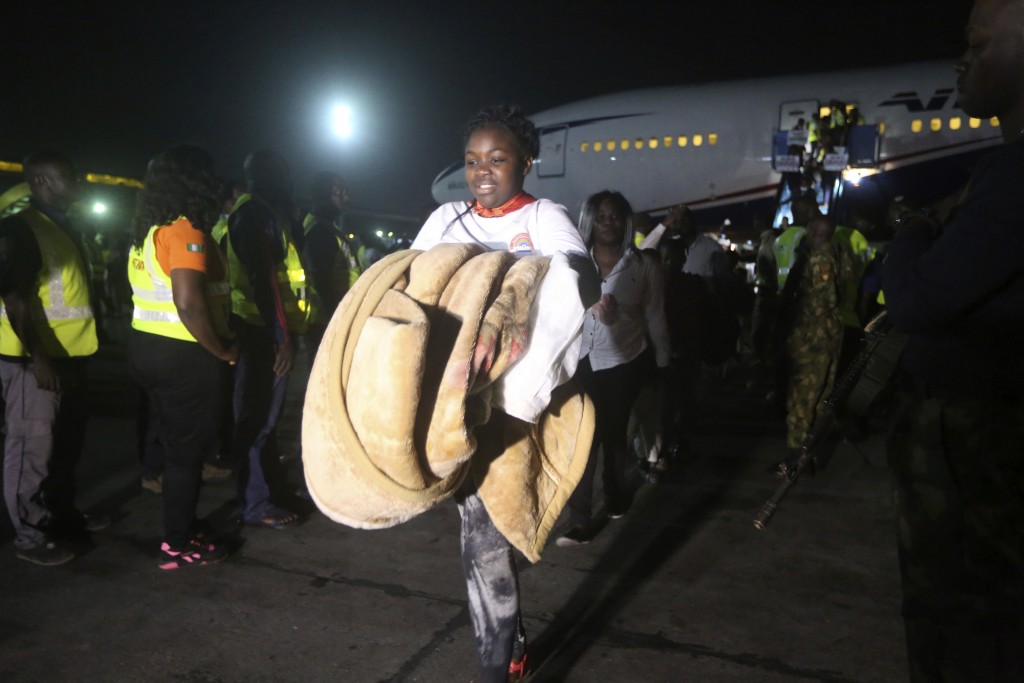 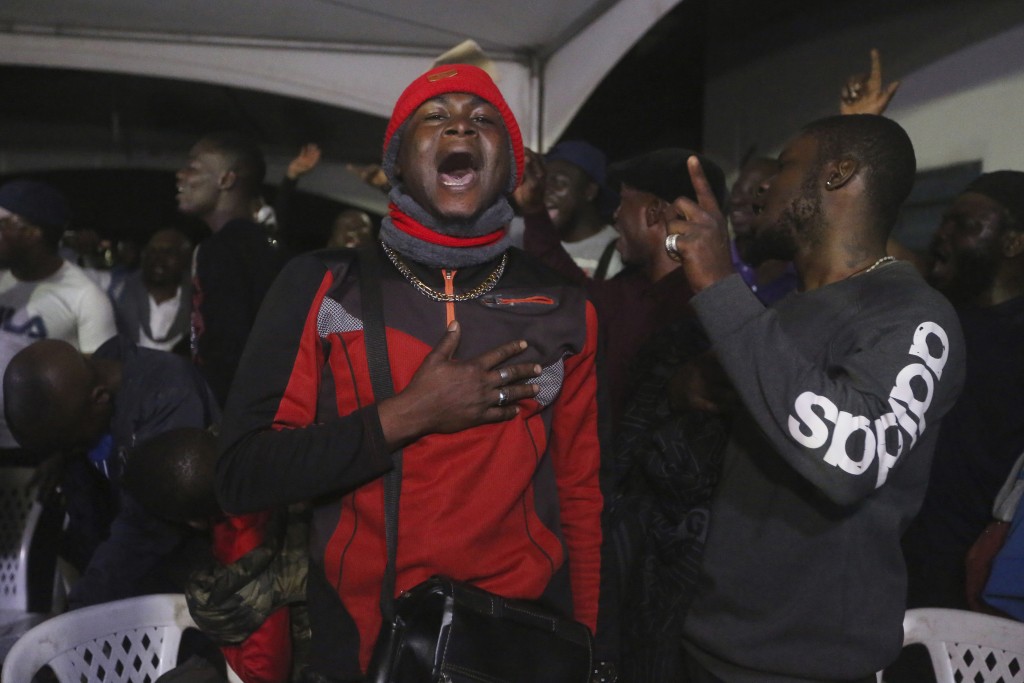 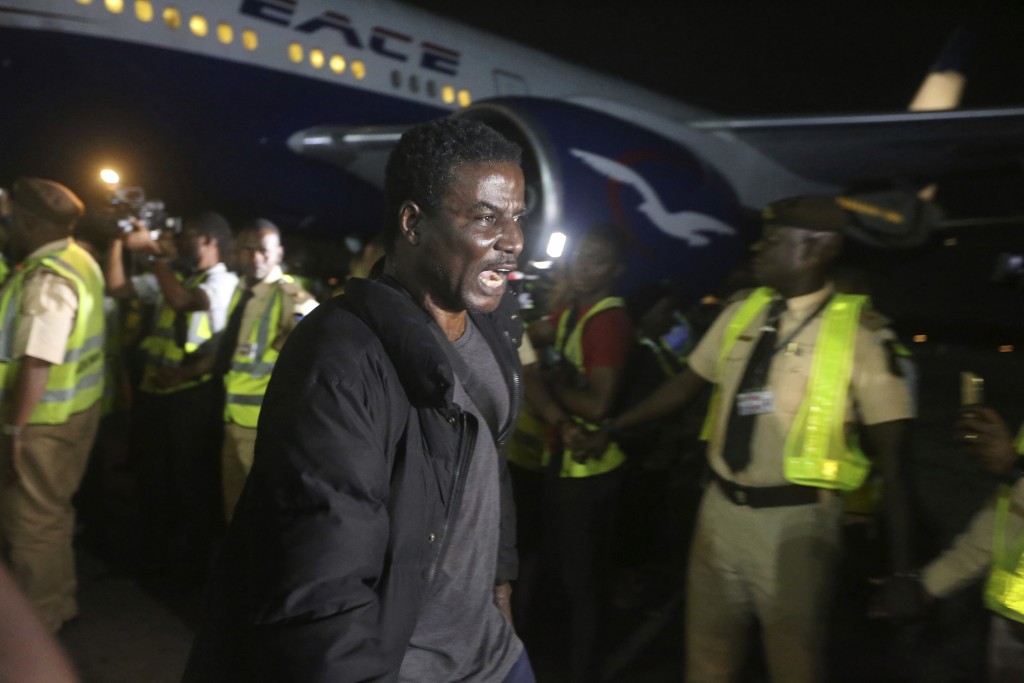 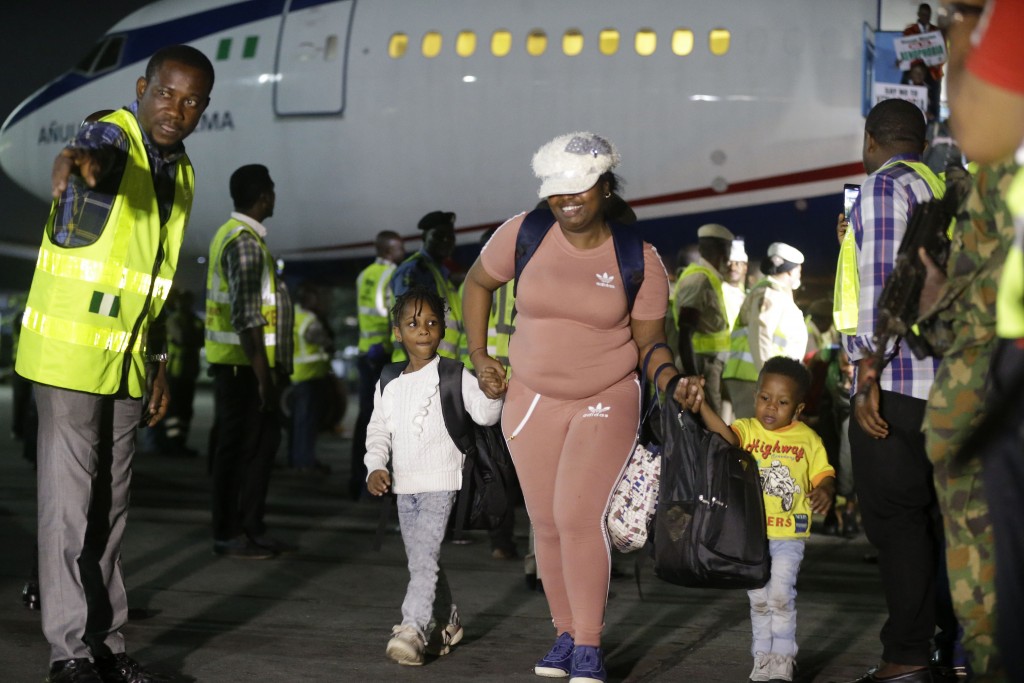 LAGOS, Nigeria (AP) — Nearly 200 Nigerians have returned from South Africa, accepting a free flight back after weeks of violence targeting foreigners in South Africa's cities of Johannesburg and Pretoria.

Air Peace airlifted 187 Nigerians Wednesday, according to chairman Allen Onyema. About 700 Nigerians have registered with missions in South Africa, hoping to leave amid foreign-targeted violence.

"The situation is terrible my brother I am telling you, we were all scared, they go from home to home looking for Nigerians, that's what they are looking for," said Jude Anthony after getting off the plane in Lagos, Nigeria. He said that the policy of segregation continues in South Africa. "This time it is not about segregation of white from black, it is about the oppression of other Africans."

Bands of South Africans launched violent attacks last week against foreign-owned shops and stalls. More than 12 people were killed and police say more than 700 people have been arrested.

Nigerians were among those targeted. The attacks led to retaliation efforts in Nigeria as well, sending Nigerians to attack South African-owned businesses in cities like Lagos.

Happy to be back in Nigeria, many of the returnees chanted the national anthem.

"When you see your fellow human being ... inhuman to you, you know thinking as though you are an animal, you know and when you look around that person share the same colour with you so it becomes so dangerous, I mean you must be in shock," said Udeogu Uchenna.

Rose Uzoma, a Congolese citizen married to a Nigerian said she was glad she was able to bring her children to Nigeria.

Air Peace's offer to fly Nigerians home has been endorsed by the Nigerian government, which has spoken out against the violence.

Nigeria's Minister of Foreign Affairs Geoffrey Onyeama called the attacks "sickening," and the government recalled its High Commissioner to South Africa and boycotted a high-profile meeting of the World Economic Forum on Africa in Cape Town last week.

A second flight is expected to leave Johannesburg for Lagos on Friday.