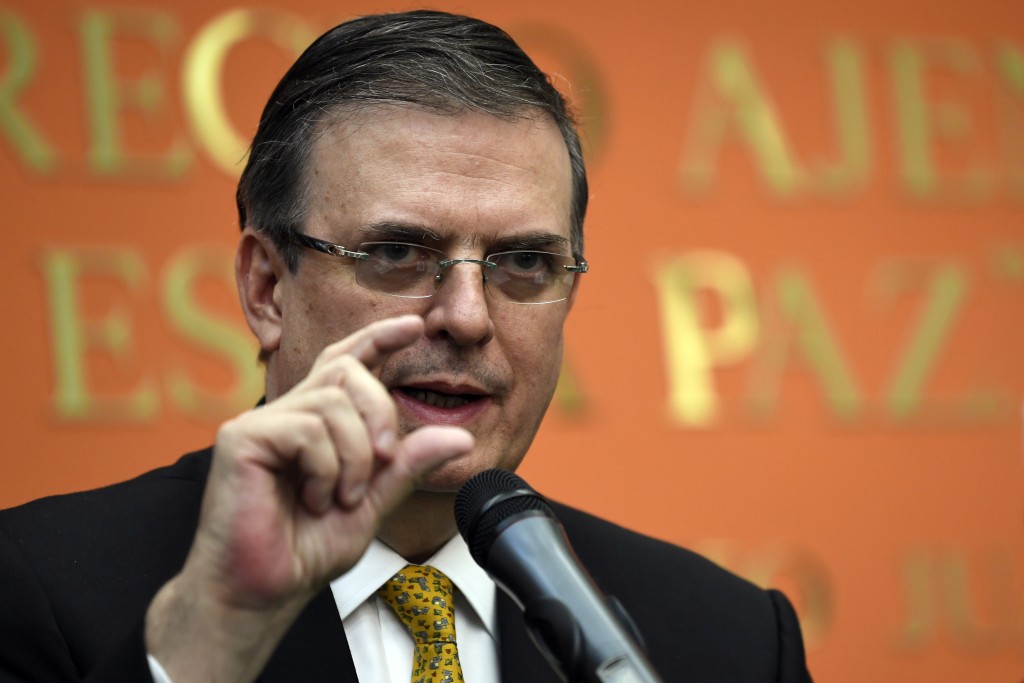 MEXICO CITY (AP) — Mexican Foreign Secretary Marcelo Ebrard said Thursday that Mexico's government doesn't agree with a U.S. Supreme Court order that would block migrants from countries other than Mexico and Canada from applying for asylum at U.S. borders.

Speaking at President Andrés Manuel López Obrador's daily news conference, Ebrard said that Mexico has a different policy when it comes to asylum seekers and would never implement such a rule.

He also described a Tuesday meeting in Washington about Mexico's progress in slowing the flow of mostly Central American migrants trying to reach the United States.

López Obrador added that he spoke by phone with President Donald Trump on Wednesday. He said relations between the two countries were very good and Trump recognized Mexico's efforts.

It also accepted the expansion of the "Remain in Mexico" policy, under which the U.S. has sent thousands of asylum applicants back across the border to wait in Mexico.