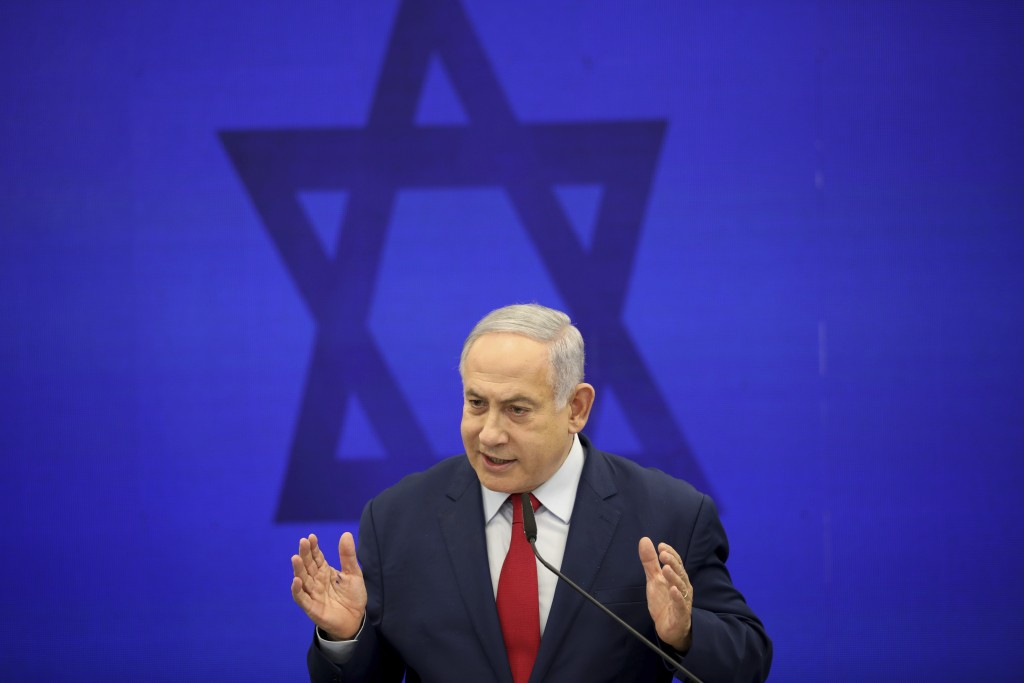 JERUSALEM (AP) — Facebook says it has sanctioned the page of Israeli Prime Minister Benjamin Netanyahu because of a violation of the company's hate speech policy.

Facebook said on Thursday that the social network had suspended for 24 hours the page's bot, or automated chat function.

The page had called on voters to prevent the establishment of a government composed of "Arabs who want to destroy us all — women, children and men." The post sparked uproar by opposition politicians.

Netanyahu denied he wrote the post in an interview with Kan Reshet Bet radio. He said it was a staffer's mistake and the post was removed.

Netanyahu is fighting for his political survival ahead of elections next week and has been shoring up nationalist voters with feisty language and hard-line promises.