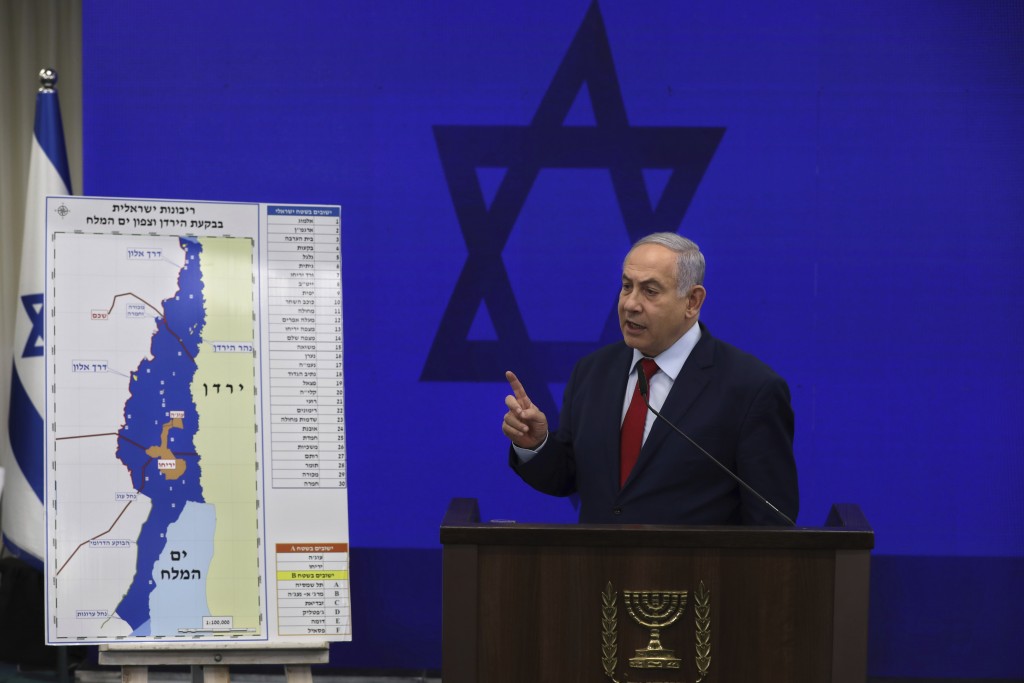 JERUSALEM (AP) — A spokesman for the United Nations' Secretary-General says the Israeli leader's vow to annex the Jordan Valley would be a "serious violation of international law."

The particularly strong rebuke from the world body follows a chorus of criticism against Israeli Prime Minister Benjamin Netanyahu for his promise to annex the area if he wins re-election next week.

In a statement, spokesman Stephane Dujarric also said the pledge would be "devastating" to the potential for peace with the Palestinians.

The U.N. statement comes after Saudi Arabia, a regional power that has grown closer to Israel in recent years, condemned the move.

Russia's Foreign Ministry also reportedly blasted the step ahead of a meeting between Netanyahu and Russian President Vladimir Putin on Thursday.