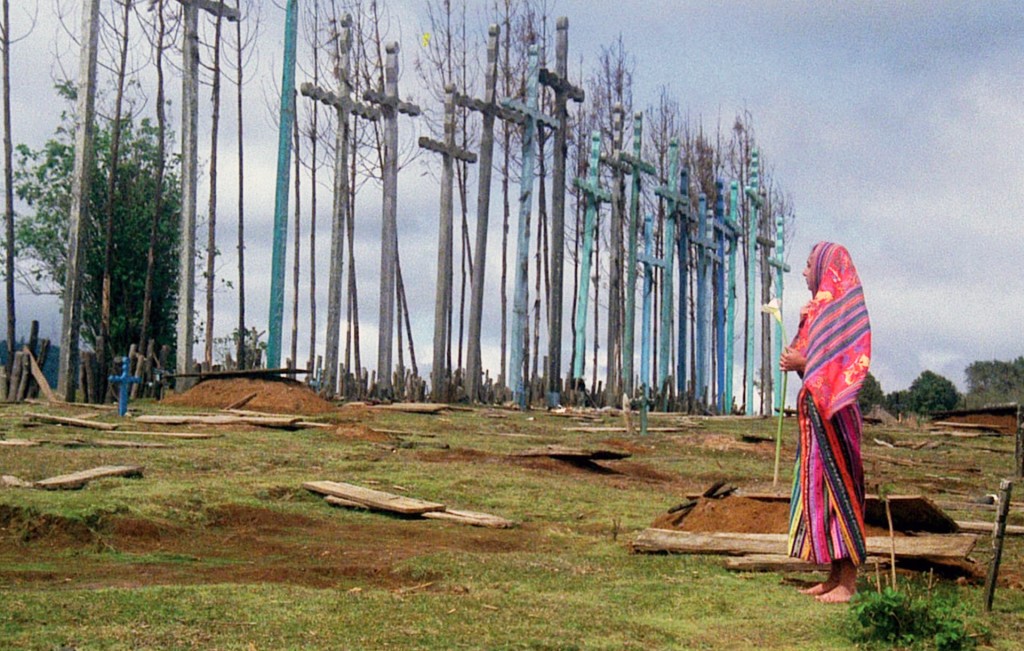 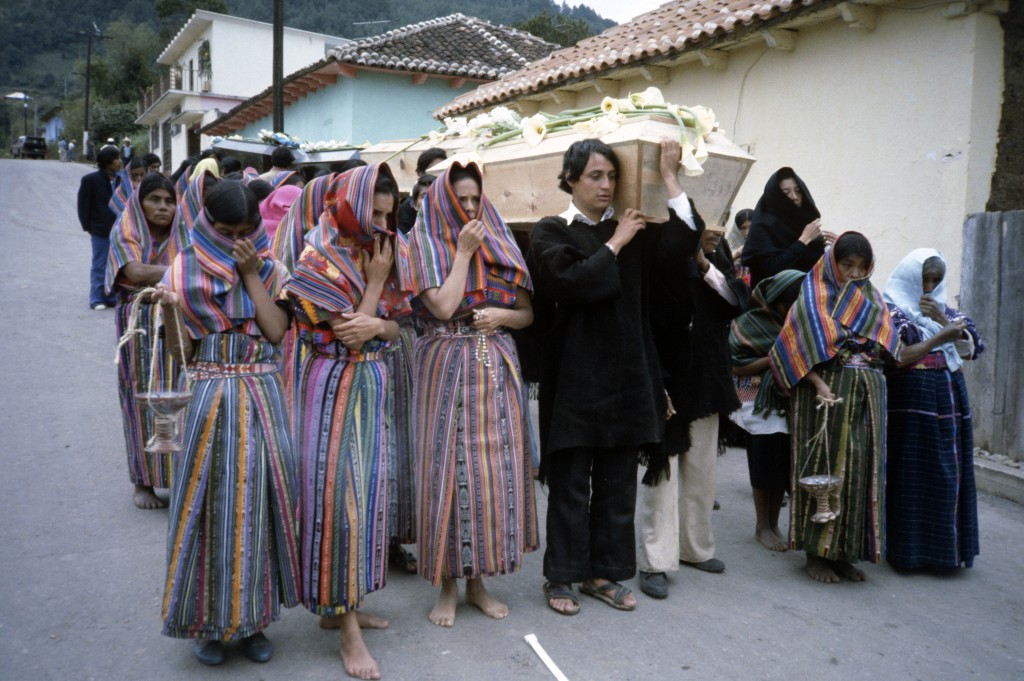 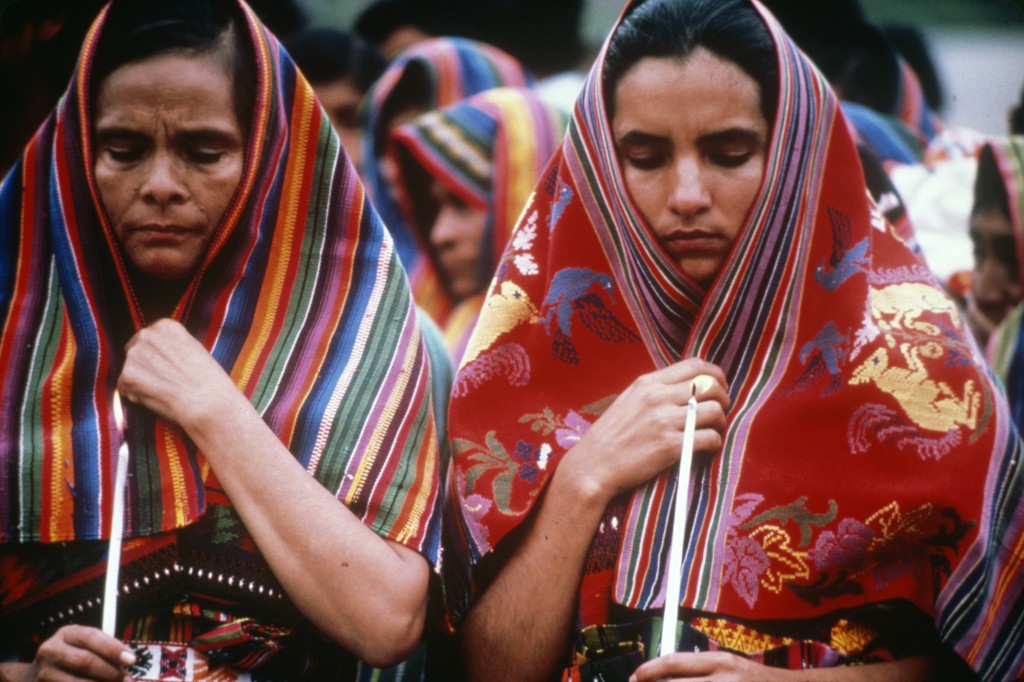 PHOENIX (AP) — "El Norte," the seminal film about a brother and sister who flee violence in Guatemala to seek a new life in the United States, is returning to the big screen for one day this month to commemorate its 35th anniversary.

As the flood of Guatemalans and other Central Americans endure the arduous trek to The North, the movie feels as fresh today as it did more than a generation ago, when civil war raged in the highlands south of Mexico.

Today's migrants are more likely to have small children in tow, but they aren't much different than those wayfarers of the past. The Central Americans showing up these days on the southern border say they are also escaping poverty and violence, now inflicted mostly by street gangs called maras, which have transformed their countries into some of the most dangerous in the world.

Restored by the Academy of Motion Picture Arts and Sciences, Gregory Nava's "El Norte" will be play on Sept. 15 at some 200 movie theaters nationwide. Showings will feature an introduction by Nava, whose other films include the hit "Selena" and "My Family."

Tickets are available through cinema distributor Fathom Events and participating movie theaters. The anniversary showing will be followed with the release of the restored version of the movie on digital formats by Lionsgate .

"I made 'El Norte' in large part because we needed a message of compassion and humanity" about immigrants, said Nava, who directed the 1984 film from a screenplay co-written with Anna Thomas. The pair was nominated for the best screenplay Oscar.

"It made the difference in helping legalize millions of people," said Nava. "We need that message again."

Two years after "El Norte" was released, the Immigration Reform and Control Act was signed into law by President Ronald Reagan, legalizing most immigrants who arrived in the country before Jan. 1, 1982 without permission.

Many of the several million people subsequently legalized were Mexicans. But migrants continued to flow into the U.S. from Mexico as well as Guatemala, where through most of the 1980s the U.S. supplied military training and materials to that country's army for a brutal counterinsurgency campaign.

Nava, 70, learned about the struggles of immigration growing up in San Diego in a family wounded by the early 1930s deportation of his Mexican American grandfather, one of many U.S. citizens and legal residents kicked out of the county during an anti-immigrant campaign by the administration of President Herbert Hoover. Nava's grandmother was left alone in California to raise seven children, including the filmmaker's father.

"My family was ripped apart because of this, something we left hidden in a closet of shame," said Nava, who now lives in Santa Fe, New Mexico.

Nava said much of the film was made in the southern Mexican state of Chiapas because the civil war made working in Guatemala too dangerous. More than 200,000 people were killed or forcibly disappeared, many of them ethnic Mayans, during 36 years of hostilities that ended with 1996 peace accords between the government and leftist rebels.

"El Norte" tells the story of siblings Rosa and Enrique Xuncax, who flee Guatemala after the army slaughters or takes away almost everyone in their small rural community.

The siblings played by Mexican actors Zaide Silvia Gutiérrez and David Villalpando launch their dangerous trek through Mexico after Enrique gets advice from a family friend on how to convince "la migra," or U.S. immigration authorities, he's a Mexican if he's detained.

Curse like crazy, the friend says, and the agents will believe you are a Mexican and send you back over the border to Tijuana, Mexico rather than all the way to Guatemala.

When they get to Tijuana, the siblings face a whole new set of challenges, including a terrifying journey crawling under the border through an old sewage tunnel into San Diego.

In another notable scene after they get to Los Angeles, Rosa becomes overwhelmed by the dizzying array of options on a modern washing machine. Nacha, a factory worker and maid played by the now-late Mexican American actress Lupe Ontiveros, befriends young Rosa as she adjusts to her new life.

Kathleen Staudt, the film review editor for the academic journal Borders in Globalization Review, said "El Norte" was among the first movies to provide a human look at the risks migrants take during their journeys and in their work in the United States.

"The film still resonates for viewers because the exodus from dangerous Central America countries continues," said Staudt, who screened "El Norte" for multiple classes over several decades teaching at the University of Texas at El Paso.

"It's a very powerful movie," agreed Irasema Coronado, director of the School for Transborder Studies at Arizona State University in Tempe, a Phoenix suburb.

"When it was made in the 1980s, people were protesting the situation in Central America and the sanctuary movement was very vibrant in the U.S," said Coronado. "I think it crystalized for many why people were leaving their villages and community for the United States.

"And today, people are still leaving. Things have not changed."