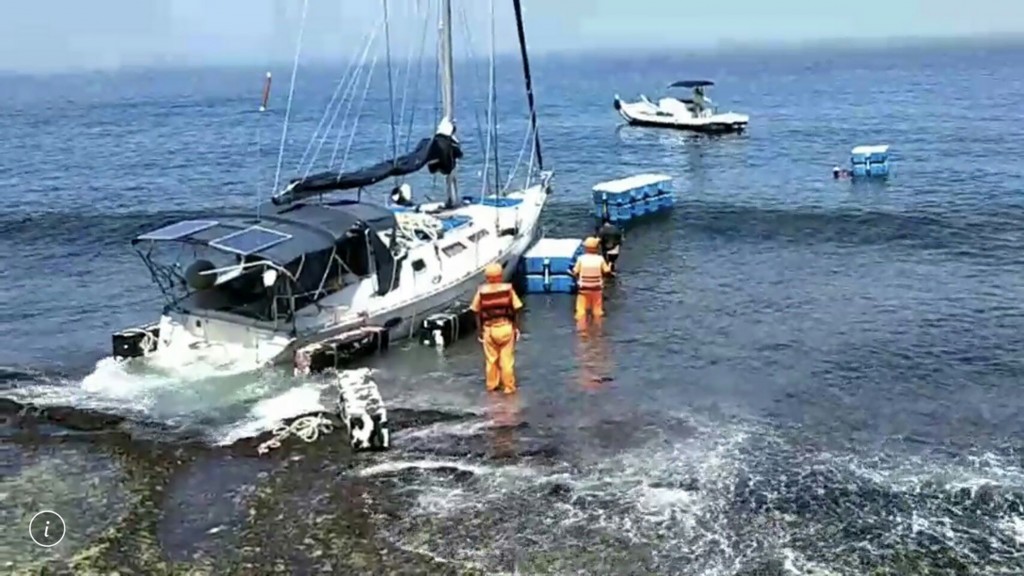 TAIPEI (Taiwan News) – A sailing boat from the United States with one person on board was finally afloat again Friday (September 13) after spending three days stuck on coral reefs near the Pingtung County island of Xiao Liuqiu.

The Coast Guard first received notice of a vessel in trouble near the Beauty Cave scenic area at 9 a.m. on September 10, the Central News Agency reported.

When a rescue team arrived on the scene, they discovered the U.S.-registered sailing boat “Tasty” stuck just 10 meters off the coast, with one person on board, identified as Christopher John Carney.

He was unhurt, but due to the coral nature of the rocks, it was difficult to try and tow the yacht away, CNA reported. Water was seeping into the rear of the Tasty, leading rescue workers to bring in floating barrels to try and prevent the vessel from capsizing.

Attempts to free the Tasty finally succeeded on Friday, due to help from a commercial vessel with longer ropes and a stronger engine, and to the Mid-Autumn Festival tide, reports said.

Carney had first arrived on Xiao Liuqiu on August 23 to seek shelter from Tropical Storm Bailu, but had stayed on to sail around the area, the Coast Guard said.