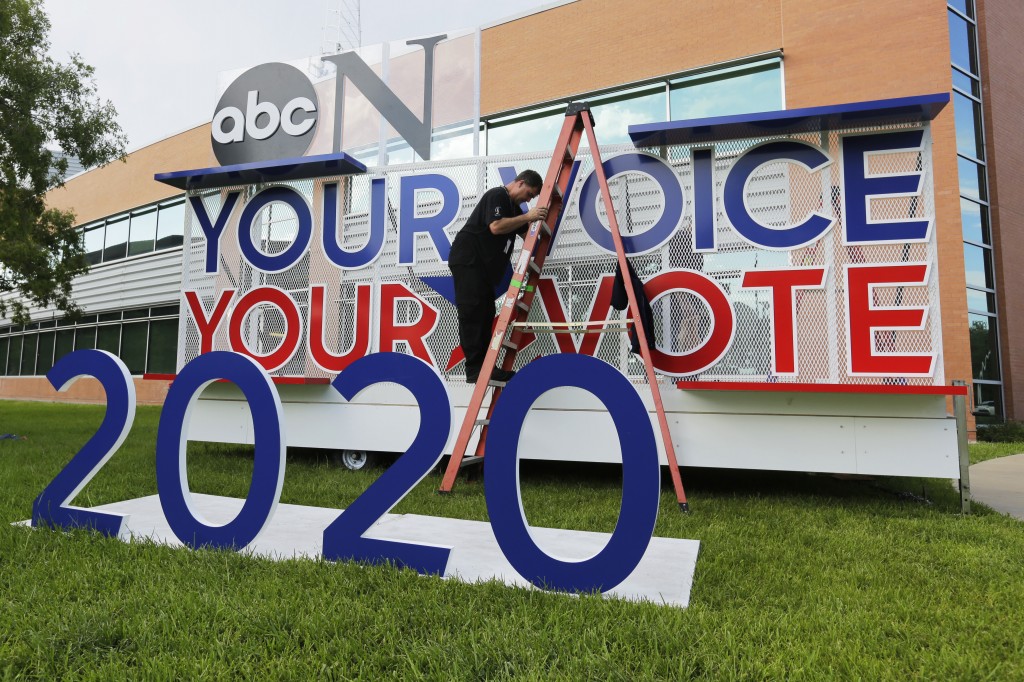 The Democratic Party's strongest presidential contenders — according to polls and fundraising, at least — meet on the same debate stage for the first time Thursday night.

The lineup in Houston will be different but the dynamic familiar: Former Vice President Joe Biden will fight to preserve his front-runner status as a crowded stage of lower-tier candidates scrap for attention and momentum any way they can. Opportunities and risks abound for a race that is far from settled.

Seven big questions heading into the third Democratic debate, to be carried on ABC:

HOW WILL INTERNAL DIVISIONS PLAY OUT WITH A COMPLETELY NEW GROUP?

These 10 have never shared the stage before. Biden and Elizabeth Warren will stand shoulder-to-shoulder for the first time and may attract much of the pre-event hype, but any number of significant friction points could emerge in a group that highlights the extraordinary diversity of the 2020 class. There will be three women on stage, four racial minorities, one gay man and an age gap that spans four decades. Don't forget about the ideological divide that features a democratic socialist on one side and an establishment-backed moderate on the other. There will almost certainly be fireworks on multiple fronts, especially with the second-tier candidates desperate for a breakout moment.

WHERE HAVE ALL THE MODERATES GONE?

This moment marks a dramatic contraction of the Democratic Party's 2020 class, which has essentially been cut in half — for now, at least. Suddenly gone are several outspoken moderate voices — former Colorado Gov. John Hickenlooper, former Maryland Rep. John Delaney and Ohio Rep. Tim Ryan — who were not shy in previous debates about warning the party against nominating someone too far to the left. Their absence leaves Biden with far fewer allies in his push for pragmatism over ideological purity. And it may make it easier for progressive policy besties Bernie Sanders and Warren to continue pulling the party leftward on health care, taxes, immigration and education. President Donald Trump is only too happy to let Democrats showcase their plans to transform America.

HOW FRAGILE IS THE FRONT-RUNNER?

Biden holds a significant lead over the crowded field, despite signs of soft support, a weak organization and repeated missteps. His performance on Thursday will either create more anxiety for his supporters or strengthen his claim on the mantle of undisputed front-runner. What's clear is that Biden will be at the center of the action. He plans to be aggressive if provoked, and his opponents are prepared to test him. Kamala Harris wounded Biden in a testy exchange over race in June, but Biden effectively deflected attacks in last month's meeting. Which Biden will show up?

Of all the candidates, Warren has shown the most upward trajectory so far, still trailing Biden but consistently placing among the top three. But that status will invite more scrutiny, including on the debate stage, of her many plans and the price tags they carry — issues that Trump could easily use against her in a general election. And unfortunately for Warren, no quality matters more to Democratic primary voters in the age of Trump than the ability to win. Warren has a prime-time opportunity to answer that question directly as she stands alongside Biden for the first time on the debate stage. Can she stand up to him, literally and figurately, to help convince skeptical voters that she can take down an older, outspoken and unapologetic man?

South Bend, Indiana, Mayor Pete Buttigieg has something the rest of the top tier does not: youth. At just 37 years old, he's more than three decades younger than Biden, Sanders and Warren. He has so far been reluctant to seize on his opponents' age to help himself, but with voting set to begin in less than five months, he's under increasing pressure to use his comparative advantage more aggressively — especially as the 76-year-old Biden faces increasing questions on the campaign trail about whether he's lost a step after four decades in politics. It's a delicate issue that cuts both ways. But the generational divide is a key factor as Democrats work to reassemble the coalition that twice elected President Barack Obama.

DO THEY REALLY WANT DIVERSITY?

Democrats were quick to highlight the diverse slate of candidates they sent to Congress last year, but the top tier of the Democrats' 2020 presidential field has been dominated by white people. The people of color in the race — Kamala Harris, Cory Booker, Julián Castro and Andrew Yang — are fighting to change that. But Harris' early-summer surge has disappeared, and the others have been mired in the single digits. That's even as they have proved to be dynamic candidates on the campaign trail. But as Trump embraces a strategy that focuses almost exclusively on winning white voters, Harris, Booker and other minority candidates are tasked with convincing voters that diversity is both the nation's strength and its future.

CAN ANYONE IN THE LOWER TIER BREAK OUT?

Ten candidates have already been cut from the debate stage altogether (yes, a few may return next month). But anyone on stage has a path to the nomination — on paper, at least. But time is getting short for those now participating in their third debate and still stuck in low single digits like Booker, Amy Klobuchar, Beto O'Rourke, Castro and Yang. It's quickly becoming time to put up or shut up. To break out they may have to get creative. Reports suggest that Yang, who has been captured on video crowd-surfing in recent days, is promising to do something Thursday night that's never been done by a presidential candidate before.