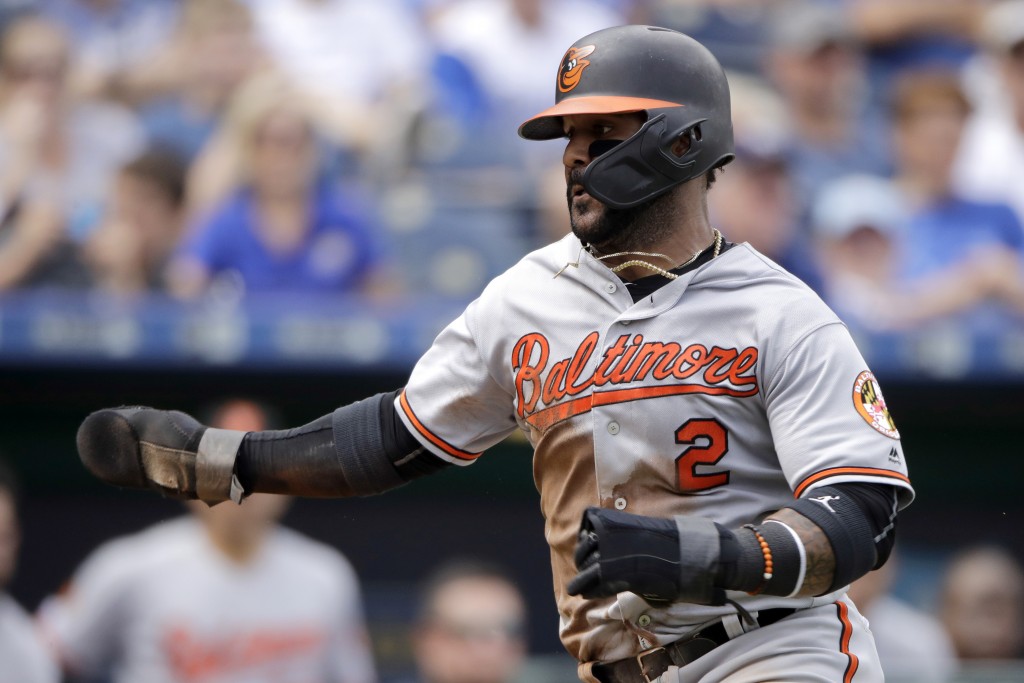 Major League Baseball hitters have punctuated a power-packed year by shattering the record for most home runs in a season.

Jonathan Villar of the Baltimore Orioles connected Wednesday night for the 6,106th homer. That topped the mark of 6,105 set in 2017.

There are plenty more to come, too — the record was broken with 18 days left in the regular season. The rise in home runs during recent seasons has been tied to changes in the baseballs that have made them fly farther.

Villar's three-run shot off Caleb Ferguson of the Los Angeles Dodgers at Camden Yards was the 22nd home run of the night. It was Villar's career-high 21st homer. Baltimore entered Wednesday having allowed a record 279 home runs.

The Minnesota Twins led the majors with 277 after Jorge Polanco connected in the third inning against Washington ace Stephen Strasburg at Target Field. The Twins' total is the most for a team in a single season.

In August, big league batters broke the monthly home run record for the third time this year when they hit 1,228 home runs, the Elias Sports Bureau said Sunday. That surpassed the 1,142 in June and 1,135 in May.

In 2017, Alex Gordon hit the record-breaking 5,694th homer of the season. That topped the mark set in 2000 at the height of the Steroids Era.