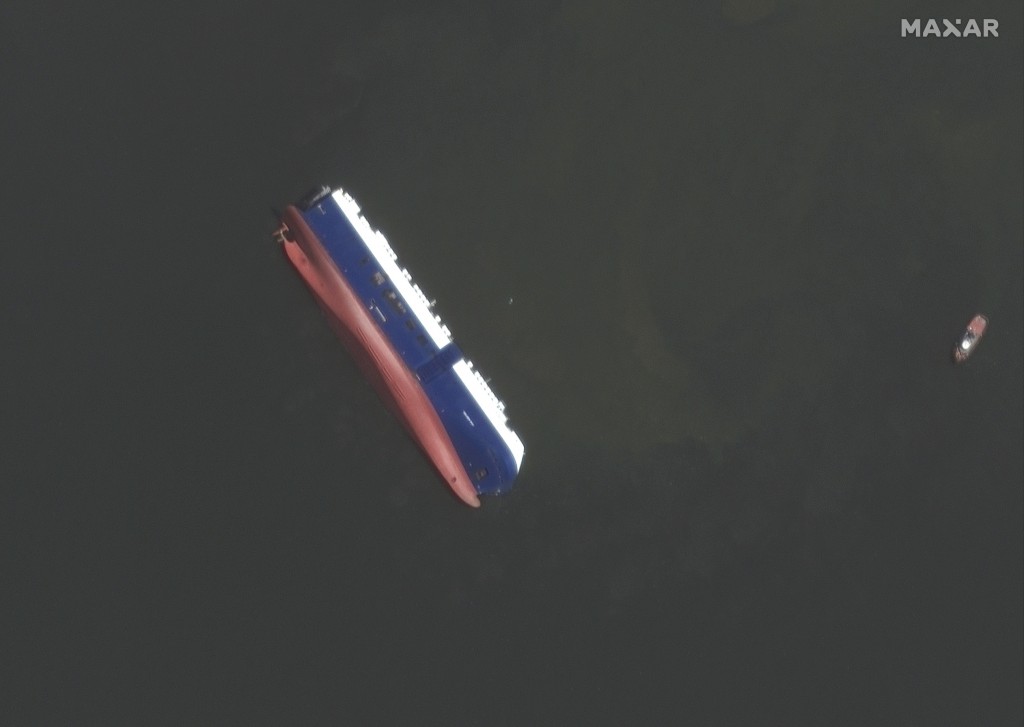 SAVANNAH, Ga. (AP) — Investigators are trying to answer why a giant cargo ship overturned on the Georgia coast, and experts say a big piece of the puzzle will be determining what made the vessel unbalanced enough to crash onto its side.

The U.S. Coast Guard is investigating after the South Korean ship Golden Ray capsized soon after departing the Port of Brunswick early Sunday. What could overturn a giant ship measuring 656 feet (199 meters) long?

Jim Staples served as captain aboard similar vehicle carriers for 17 years. He says something obviously made the ship unstable. One question is whether any of the 4,200 vehicles in the cargo decks shifted, causing it to list to one side. Another is whether the ship's ballast tanks were filled improperly, creating balance issues.