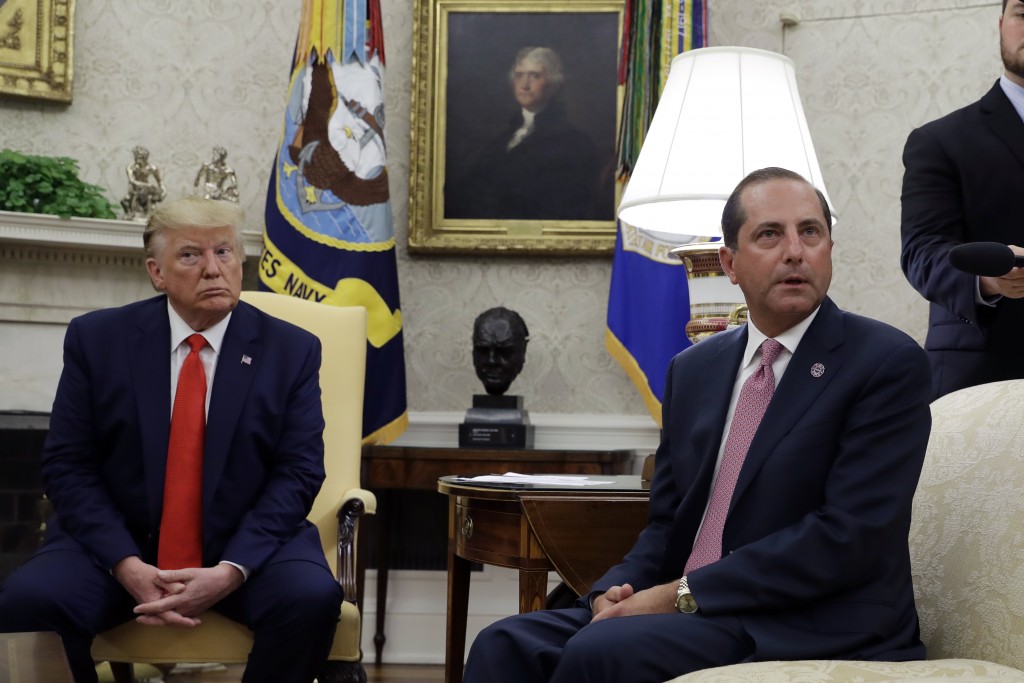 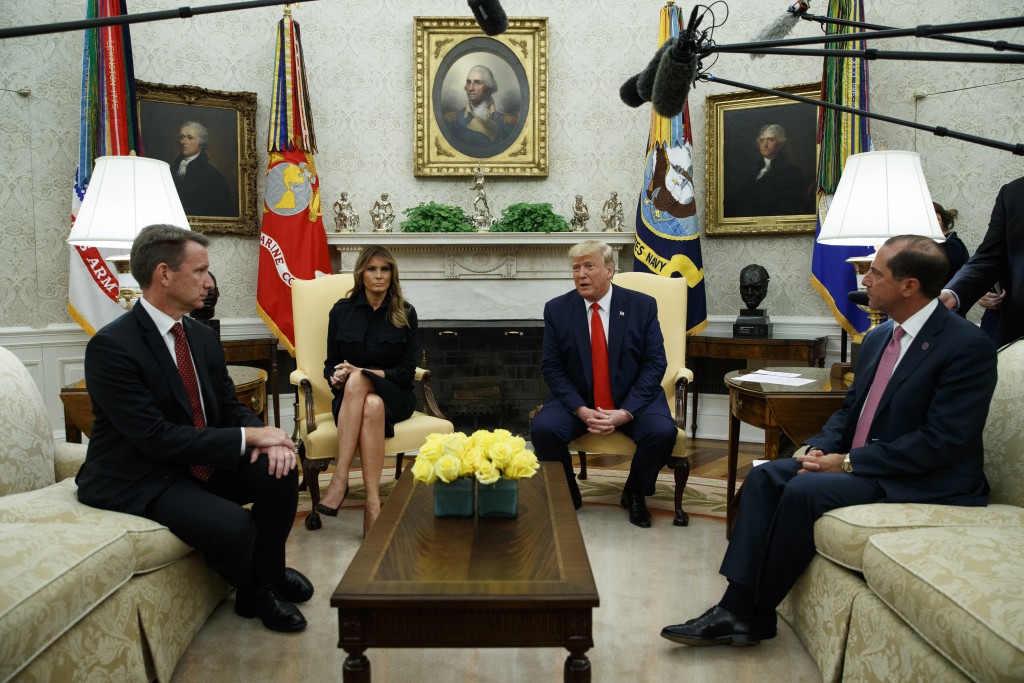 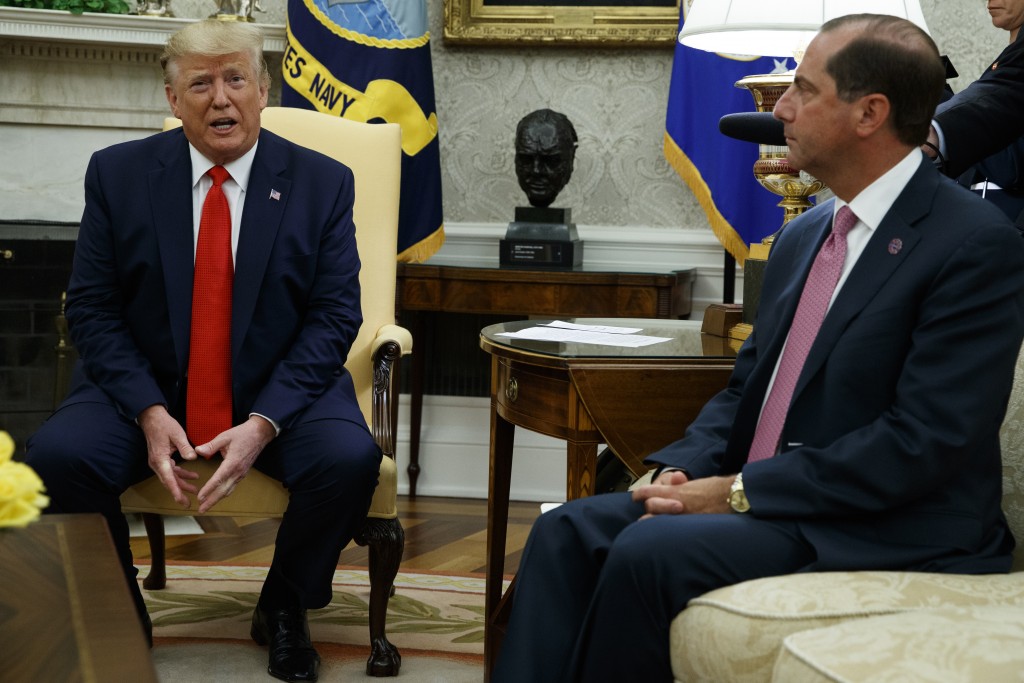 The Food and Drug Administration will develop guidelines to remove from the market all e-cigarette flavors except tobacco, Health and Human Services Secretary Alex Azar told reporters during an Oval Office appearance with the president, first lady Melania Trump and the acting FDA commissioner, Ned Sharpless.

Trump said vaping has become such a problem that he wants parents to be aware of what's happening. "People are going to watch what we're saying and parents are going to be a lot tougher with respect to their children," he said.

Melania Trump recently tweeted her concerns over the combination of children and vaping.

It will take several weeks to develop the proposed flavor restrictions, which will be subject to public input before taking effect.

Trump's first public comments on vaping come as health authorities investigate hundreds of breathing illnesses reported in people who have used e-cigarettes and other vaping devices.

No single device, ingredient or additive has been identified, though many cases involve marijuana vaping devices.

The proposal announced by Trump officials would only apply to nicotine vaping products, which are regulated by the FDA.

The FDA has had the authority to ban vaping flavors since 2016, but has resisted calls to take that step.

Instead, the agency previously said it wanted to study the role of flavors in vaping products, including whether they help adult smokers quit traditional cigarettes.

But parents, politicians and health advocates have increasingly called for a crackdown on flavors , arguing that they are overwhelmingly to blame for a recent surge in underage vaping by U.S. teens.

A ban on flavors would represent a huge blow to the vaping industry, including companies like Juul, which has grown into a multibillion dollar business by selling mint, fruit and dessert flavored-nicotine products.

Juul and other vaping companies argue that their products are intended to help adult smokers wean themselves off traditional paper-and-tobacco cigarettes. But there is little evidence that e-cigarettes are effective for helping smokers quit.