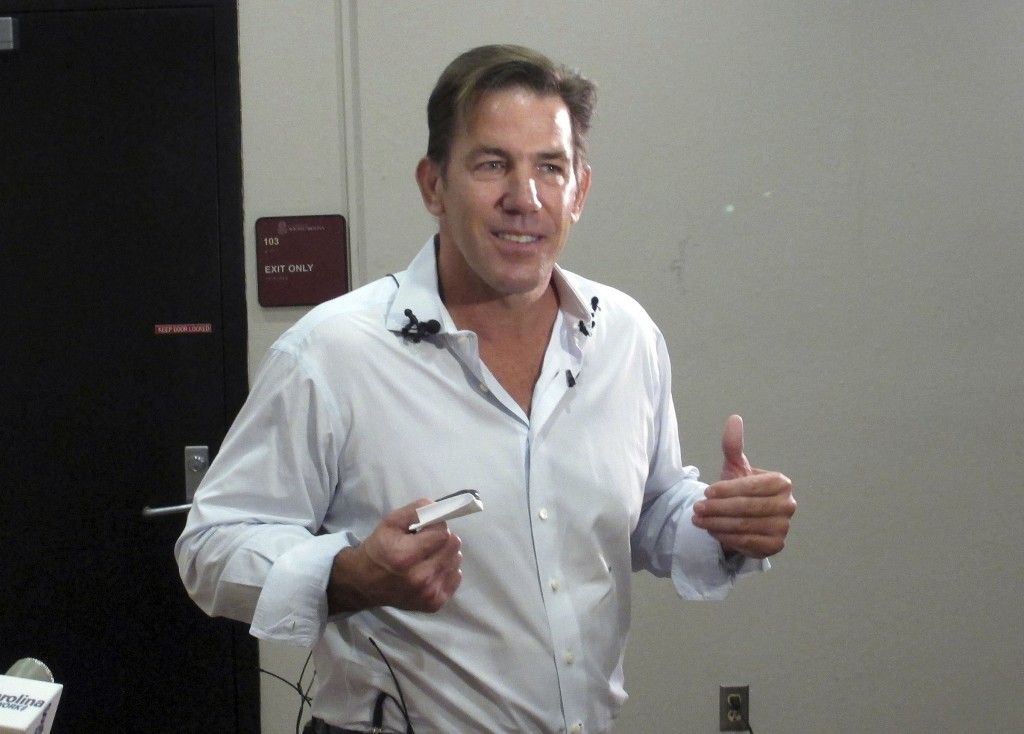 Ravenel was initially charged with misdemeanor second-degree assault and battery after the nanny said the former "Southern Charm" star dropped his pants and fondled her at his Charleston home in January 2015.

Ravenel pleaded guilty to third-degree assault and battery. He was sentenced to 30 days in jail, suspended if he pays a $500 fine.

WCSC-TV reports Ravenel said in court Wednesday he tried to kiss her and grabbed her arm, and he was wrong. Prosecutors say the woman agreed to the deal.

Bravo took Ravenel off "Southern Charm" after his arrest.

Ravenel pleaded guilty to cocaine charges in 2007 and resigned as state treasurer.